Ruth Wilson: ‘I’m not allowed to talk about why’ I left ‘The Affair’ 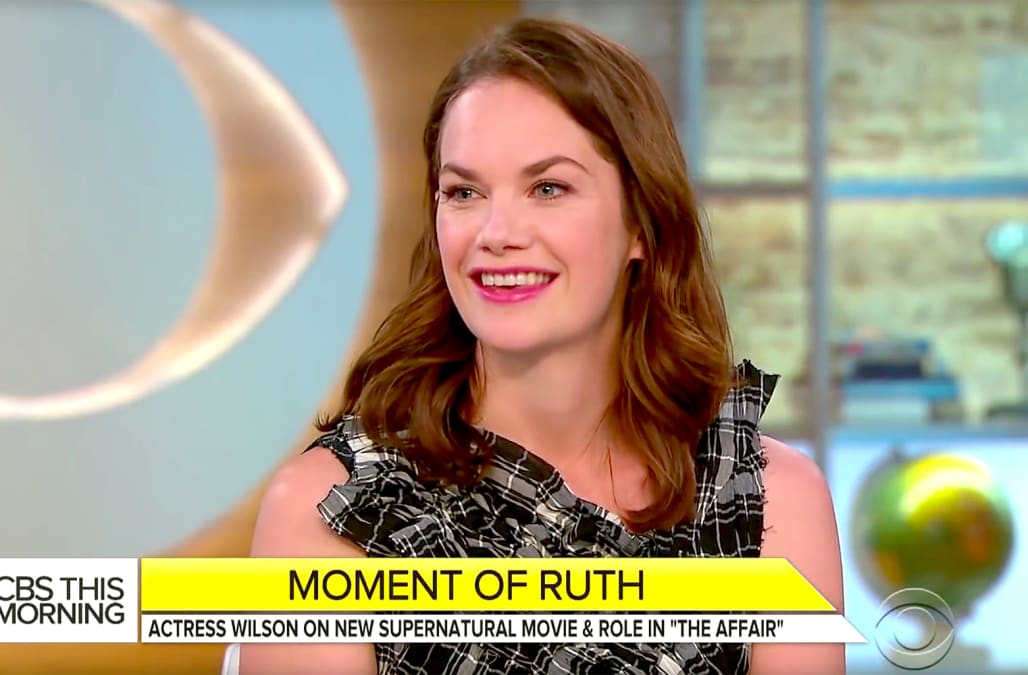 The mystery of Showtime’s The Affair has spread outside the show. Ruth Wilson, who played Alison Bailey on seasons 1 through 4 of The Affair, appeared on CBS This Morning on Thursday, August 16, and briefly opened up about her choice to leave the show.

“I did want to leave but I’m not allowed to talk about why,” Wilson, 36, told cohost Gayle King. Since there were rumors that the departure was due to a pay gap, King asked Wilson if that had something to do with it.

“I’ve never complained to showtime about pay parity,” she responded.

Regardless, Wilson appeared happy with the decision, praising the viewers of the drama. “What’s been amazing to me is the fan response. It’s been absolutely, really moving for me and to see a character like this can connect with people. And for me, what was amazing is people very close to me have lost kids, so it was always really important for me to serve the story of this woman who is defined by grief.”

Originally, Alison’s death appeared to be a suicide, but that all changed during the Sunday, August 12, penultimate episode. During the first part, she forgave Ben (Ramon Rodriguez) for lying to her and the two appeared to have a happy ending that night. In the second part of the episode, however, Ben showed his true colors as he drank again, fought with Alison and ultimately killed her and dumped her body into the ocean.

The real cause of death has yet to be confirmed, though.

“I think it’s murder. It’s not entirely clear,” Wilson added on CBS This Morning. “Is the fantasy version the first half and the second half reality?”

Only time will tell.