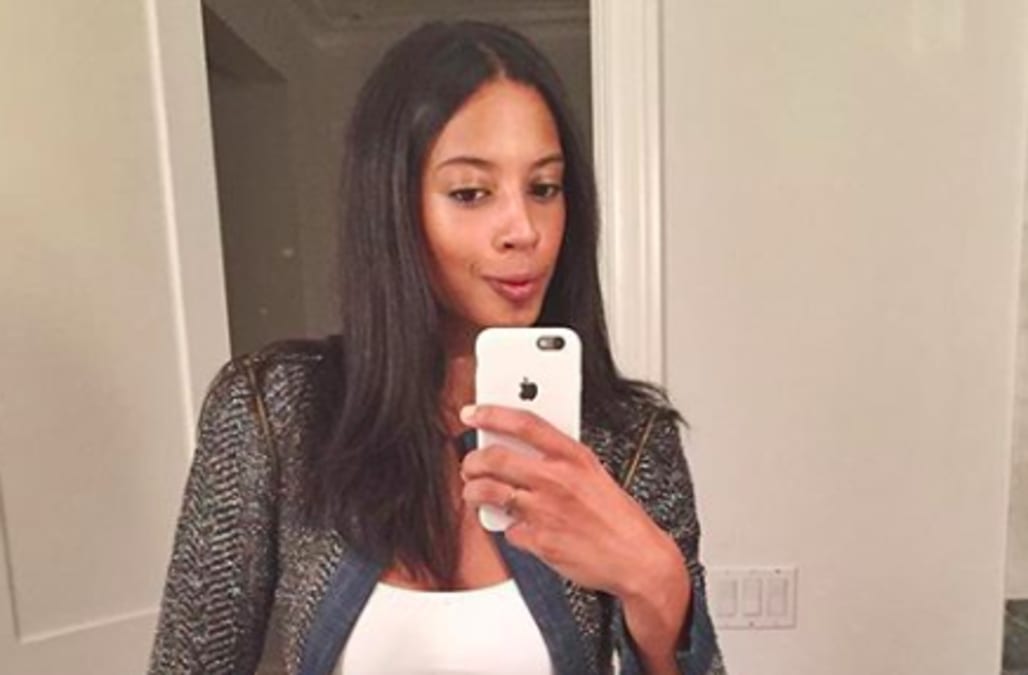 Lyric McHenry, who appeared on EJ Johnson’s E! series EJNYC, was found dead in New York City, Us Weekly can confirm. She was 26 years old and reportedly 20 weeks pregnant.

“Lyric McHenry, 26, was found sprawled out on the sidewalk above the Major Deegan Expressway at Undercliff Ave. and Boscobel Place in Highbridge at about 5 a.m,” authorities told Us. “McHenry was rushed to Bronx-Lebanon Hospital, where she died. Police are investigating, the matter is ongoing.”

Along with her sister Maya, McHenry was close friends with EJ, basketball legend Magic Johnson’s son. They both made appearances on EJ’s Rich Kids of Beverly Hills spinoff, EJNYC, which aired for one season on E! in 2016. McHenry also served as a producer on the reality show.

Lyric McHenry on Instagram
Girlfriends revival (I’m Joan fyi)
Never been kissed (before last week) @sports_guy_si
Holy trinity reunited🏀
@spencermeans always throwing shade🙄😍
Merry Christmas lil mama⭐️⭐️⭐️
Ssshhhh...try listening to us🤙🏾 #otis25
Last week at the romantic @prabalgurung show🦋🌺. 📸@cmcuse
Working for this campaign made my awkward stage at 15 so much doper. Thank you to the Obamas for inspiring us, leading with love and intellect, bringing art and artists to the White House, and also Sasha and Malia ❤👐🏾
Watching #Ejnyc makes me feel cute like this Nsync dress 👌🏾
Don't forget #EJNYC is on tonight on @eentertainment! 💋💋💋💋💋💋
Happy bday to the head bitch in charge @ejjohnson_ ! We've gone through every stage of life together, from pre school to prom, and now I'm lucky enough to work with you. I couldn't ask for a more special person to go through life with 🙌🏾👑
Hi✋🏾its Dionne before she became a republican
Up Next

The night before McHenry was found dead, she shared a series of videos on her Instagram Story celebrating her birthday at Frederick Hotel, the SoHo Grand and Dream Downtown in Manhattan. In the last clip posted in the early hours of Monday morning, she can be seen blowing a kiss to the camera.

McHenry turned 26 on August 6. EJ gushed about his friend on Instagram in honor of her birthday.

“Happy birthday to my best friend who has strutted with my in princess gowns since day 1 @lyric_leighwords cannot express how much I love and appreciate you in my life,” he wrote. “Your constant love, respect and companionship gives me the confidence to live my truth every single day and I am so blessed that even as baby divas we recognized the greatness in each other. I love you #leoseason #teamthis.”

More from Us Magazine:
Dane Cook, 45, jokes about age difference between him and 19-year-old GF
Nicki Minaj accuses ex of stealing her credit card to pay for prostitutes
Stevie Wonder says goodbye to Aretha Franklin as she receives hospice care