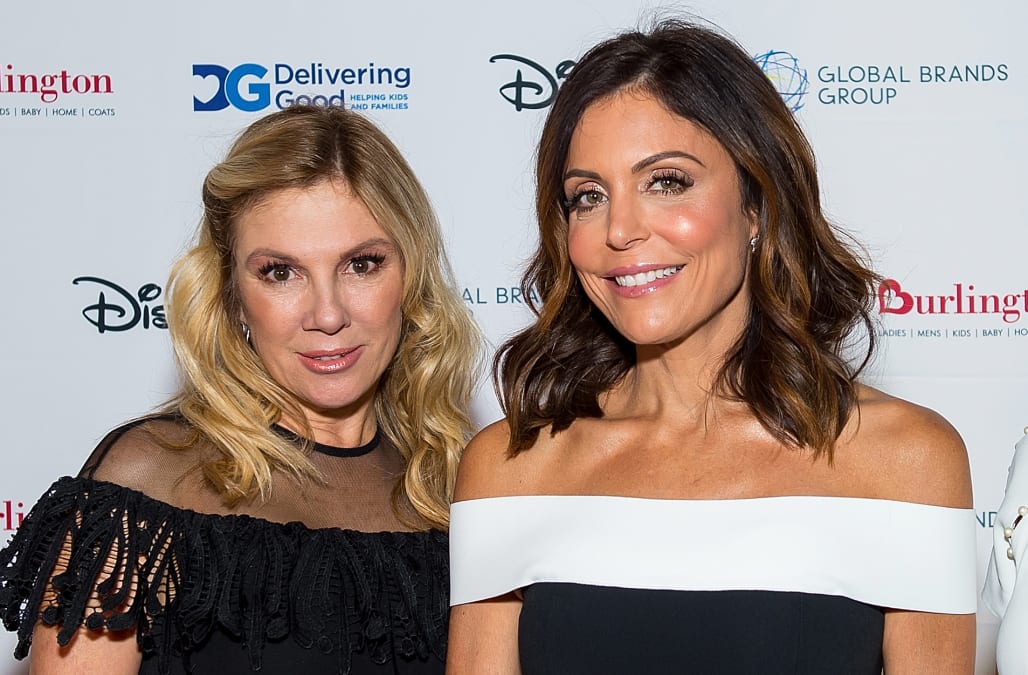 The only thing missing in Bethenny and Ramona’s latest feud is a trip to the Brooklyn Bridge. Bethenny Frankel just shaded her Real Housewives of New York Citycostar Ramona Singer and her latest product venture.

Ramona, 61, hosted a party for her upcoming line, Ageless By Ramona, during the Wednesday, August 8, episode of RHONY. Bethenny, 47, not only decided not to attend the get together, but according to Ramona, never responded to the invite. After the episode aired, the Skinny Girl creator responded to a fan on Twitter and claimed the skin care line “doesn’t exist.”

“And as a business woman, I am done allowing people to pretend business is easy or have pretend parties to launch products that are fairytales,” Bethenny added. “Watch cartoons if you want fantasy.”

It doesn’t exist. And as a business woman, I am done allowing people to pretend business is easy or have pretend parties to launch products that are fairytales. Watch cartoons if you want fantasy. https://t.co/mHDq5K6qRb

Ramona, for her part, has not responded to Bethenny’s remark. The two women, who have had their ups and downs over the years, argued about the party on the upcoming season finale of RHONY, which will air on August 15.

“I’m very disappointed and hurt that you never responded to my invitation to my celebration of my anti-skincare line,” Ramona tells Bethenny in a sneak peek shared by Bravo.

“I hear you, OK, I understand that you’re disappointed … noted,” Bethenny responds. ”I don’t feel the need to give you an explanation.”

Ramona is left speechless by her costar simply repeating, “Wow.” In her confessional, she adds, “I just want Bethenny to have common, decency courtesy. That’s all, but she’s impossible to deal with.”

For the latest TV news and interviews, subscribe to our new podcast “Watch With Us” below!

More from Us Magazine:
Bethenny Frankel implies Carole Radziwill didn’t choose to leave ‘RHONY’
Khloe calls out Kourtney’s nasty attitude: ‘Why are you so b-tchy?’
Charlie Sheen says he ‘can relate’ to Roseanne Barr’s 'absolute despair’