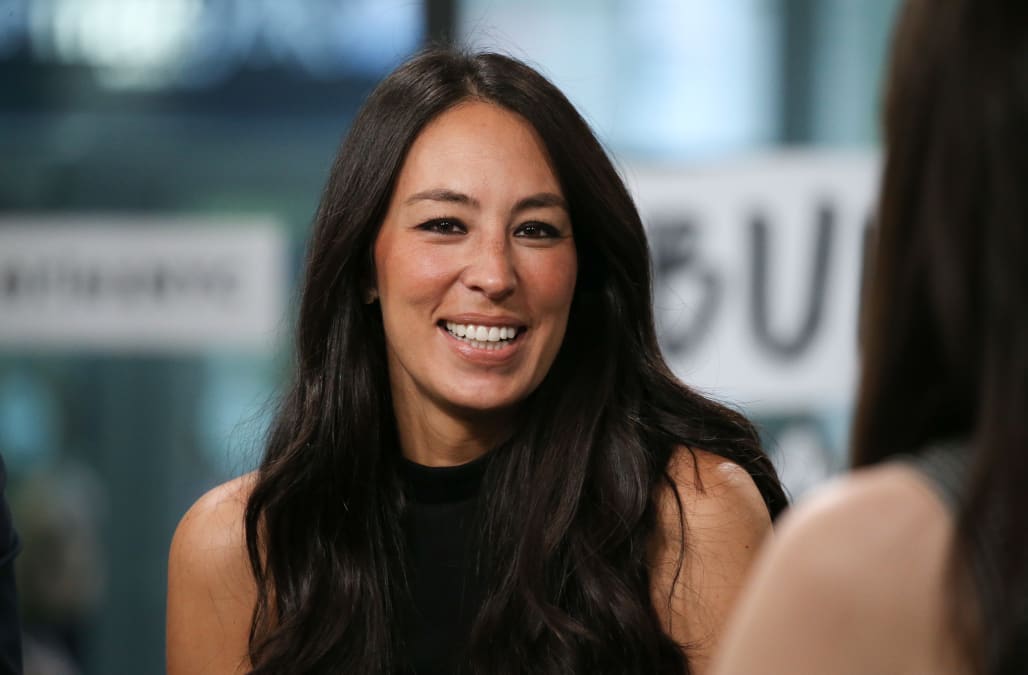 Joanna Gaines wasn't expecting to be a mother of five.

The Fixer Upper star, 40, opens up about finding out she was pregnant with her fifth child, eight years after her fourth, in the fall issue of Magnolia Journal, admitting that while she and husband Chip "joked about the possibility of having another child," she never really thought it would happen.

“I truly believed I was done," Joanna writes in an essay titled "Made for This." “And yet, after eight years, here I am with a newborn in my arms.”

Chip and Joanna welcomed son Crew on June 21, at the height of their success -- even though they meant to take it easy. "Chip and I made a choice to take some time off this past year because it seemed best for us in that season -- even though we knew it would stretch us to stay still,” Joanna says of their decision to end Fixer Upper last year. “Only a few weeks later I found out I was pregnant.”

"I heard the phrase 'geriatric pregnancy' for the first time when I was about six weeks in, and I laughed until I realized that's what it's actually called at my age," she confesses. "I feel like a first-time mom all over again. But, as hard and good and exhausting as it is, I'm seeing that I was made ready for this season just as much as I was made ready for the last."

Chip and Joanna -- who also share sons Drake and Duke and daughters Ella and Emmie -- have kept their fans updated as they learn how to parent a newborn all over again.