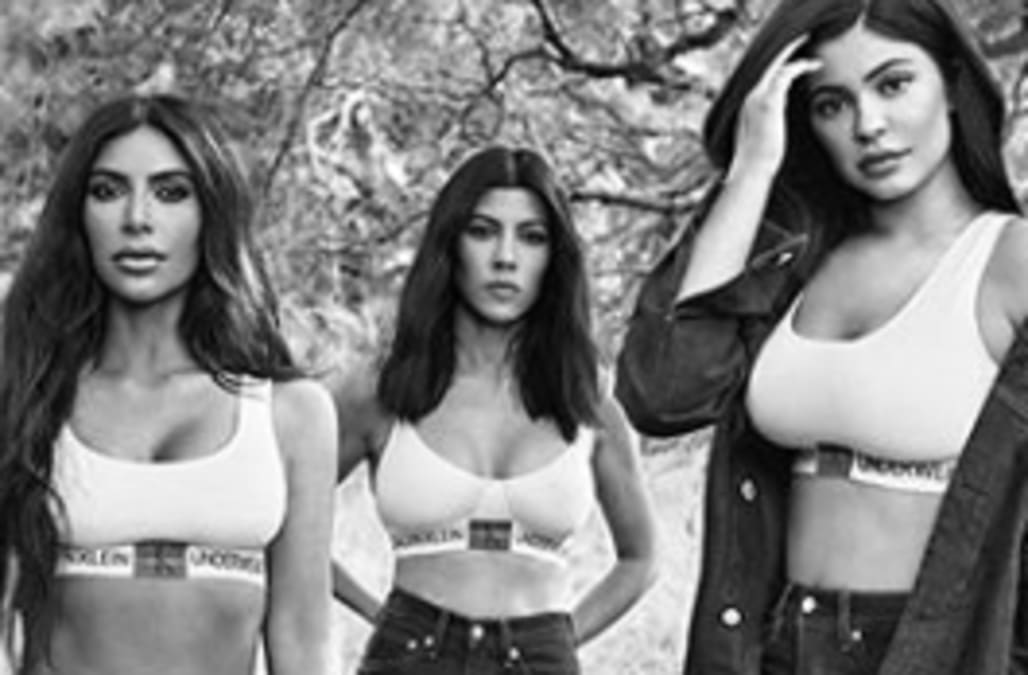 Another day, another example of bad celebrity Photoshop.

On Wednesday, Calvin Klein and the Kardashian-Jenners released photos from their second collaborative campaign featuring Kourtney, Kim, Khloe, Kendall and Kylie all wearing denim and underwear while posing together in a scenic countryside setting. The stunning black-and-white photos shot by Willy Vanderperre were taken in the three months between when Kylie gave birth to daughter Stormi and Khloe gave birth to daughter True -- as Khloe's baby bump is still on full display in the photos.

Fans were quick to fawn over the photos of America's de facto first family, but several hours after the photo shoot was revealed, more astute Twitter users noticed something weird about them.

In one of the full group shots, which has oldest sister, Kourtney, standing behind the rest of her sisters with her arms behind her back. She has a serious look on her face while rocking a Calvin Klein bra, high-waisted jeans and cowboy boots. It's her right arm that caught fans' attention. Why? Because it's clearly been Photoshopped, to the point that you can barely see it.

KOURTNEY IS YOUR ARM OK YES OR NO pic.twitter.com/FvitVRDGvg

People on Twitter were quick to note that her "arm CANNOT be this skinny," jokingly suggesting that maybe she's "on an arm diet." Someone else urged Calvin Klein to "fix that ASAP," while another person said that she was "very concerned by [Kourtney's] arm."

"Can't even blame @kourtneykardash for looking so mad when they did this sh-t to her arm," someone else said.

I love you guys but why is @KendallJenner leaning? Also @kourtneykardash has a tiny arm, etc. https://t.co/eHiavE0Av2

@CalvinKlein@KimKardashian@kourtneykardash why did they photoshop kourts right arm so thin???? Have them fix that asap. pic.twitter.com/WZEtV6ZzJ2

She’s on an arm diet lol

Can’t even blame @kourtneykardash for looking so mad when they did this shit to her arm pic.twitter.com/wzkRZEkJEI

More from Aol.com:
Lucille Ball and Desi Arnaz's daughter shares details of her parents' 'horrible' divorce
Khloe K. and Emma Grede launch Good American activewear - and it's already breaking the internet
Duchess Meghan's 'closest friends' in the royal family revealed: Who she has 'great relationships' with