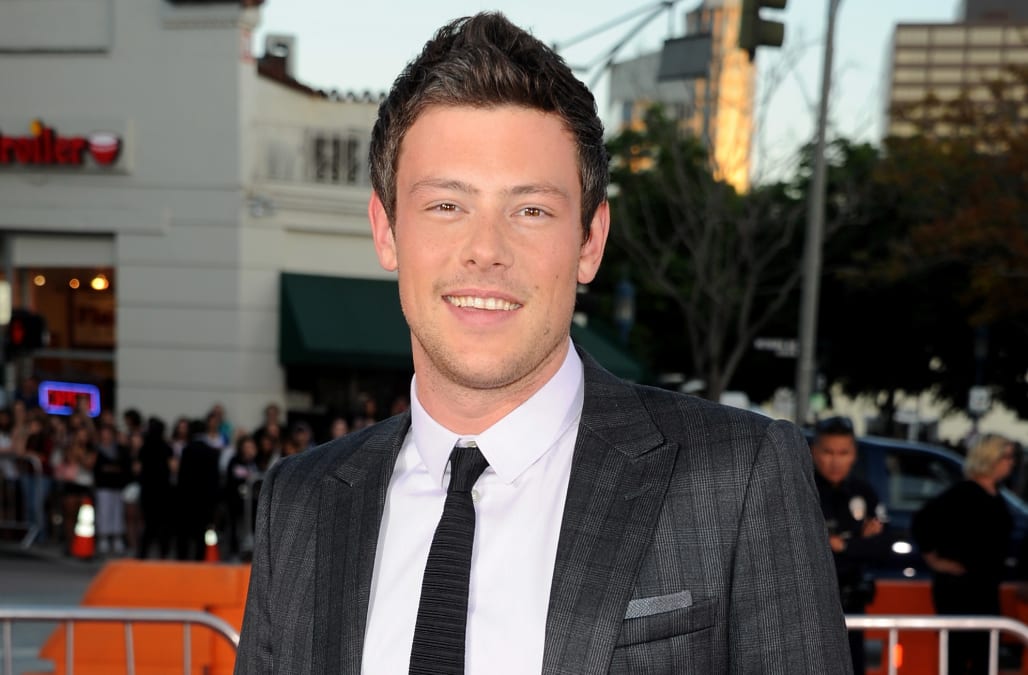 Cory Monteith‘s mom, Ann McGregor, is opening up about her son’s death five years after the Glee star’s accidental overdose.

“I still can’t pick up the pieces,” McGregor, who raised Monteith as a single mom in Vancouver, Canada, told People. “My world totally stopped. And I’m a different person than I was before.”

Monteith — who died of a mixed drug toxicity involving heroin and alcohol — struggled with substance abuse at an early age. He started drinking and smoking marijuana at 13. His mother took him to rehab for the first time when he was 15 and for the second time at 19. McGregor says her son always ran with an older crowd because he was “advanced” and skipped two grades.

“There was this disconnect,” she explained. “Because he was pushed so far ahead and always associated with older children, but he was still a boy.”

She added: “He tried to keep everything from me, because he loved me and wanted to protect me. He was just always so curious. And the darker world just drew him in.”

When he got sober again, Monteith moved to Los Angeles to pursue his dream of being an actor. Glee catapulted him to stardom, something McGregor believes he was never fully cut out for.

“He wasn’t ready for the Hollywood world,” she said. “Drugs were his way of checking out.”

Monteith admitted he was using drugs again in December 2012, seven months before his death. With the support of his Glee co-stars and his girlfriend, Lea Michele, he checked back into a monthlong treatment program in April 2013. But between May and July, Monteith had “massive” dental work his mom believes could have affected his sobriety.

“He had little teeth, and they were all capped,” McGregor revealed. “He had a lot of medication in his system, which was not good for his body coming out of rehab.”

Monteith was found dead in a Vancouver hotel room on July 13, 2013. Along with alcohol and heroin, morphine and codeine were also found in his system. He was 31.

“He didn’t have enough drugs in his system to kill him, but for some reason it did because of his intolerance [built up by periods of intermittent sobriety],” she noted.

McGregor vividly remembers the terrible moment she was told her son was dead: “I got a call from [his girlfriend] Lea [Michele] and she was screaming, ‘Is it true?’ I had heard nothing. And a minute later police knocked on my door.”

Michele, who has found love again since Monteith’s death, remembered her on- and off-screen boyfriend last week.

For McGregor, she will cherish the sweet memories of her son forever. “We used to go everywhere together,” she told the magazine, on newsstands Friday. “We had a favorite restaurant where we’d share fish and chips. Even at 3 years old, he would stand at the counter and pay the bill. He could talk to anyone. He just had a way about him, and all I could do was enjoy it.”

McGregor is also honoring her son by working with Amber Academy, a nonprofit in her community that empowers youth through fine arts. “Cory believed in prevention rather than trying to fix people,” she said. “He wanted to give children opportunities to shine and feel good about themselves so they wouldn’t turn to drugs.

More from Yahoo Celebrity:
Aubrey O'Day tells the president to 'grow the f*** up,' in first Trump tweet since reports of her affair with Don Jr.
Kate Upton and Justin Verlander are expecting a baby
Sharon Tate's wedding dress expected to go for as much as $50K at auction