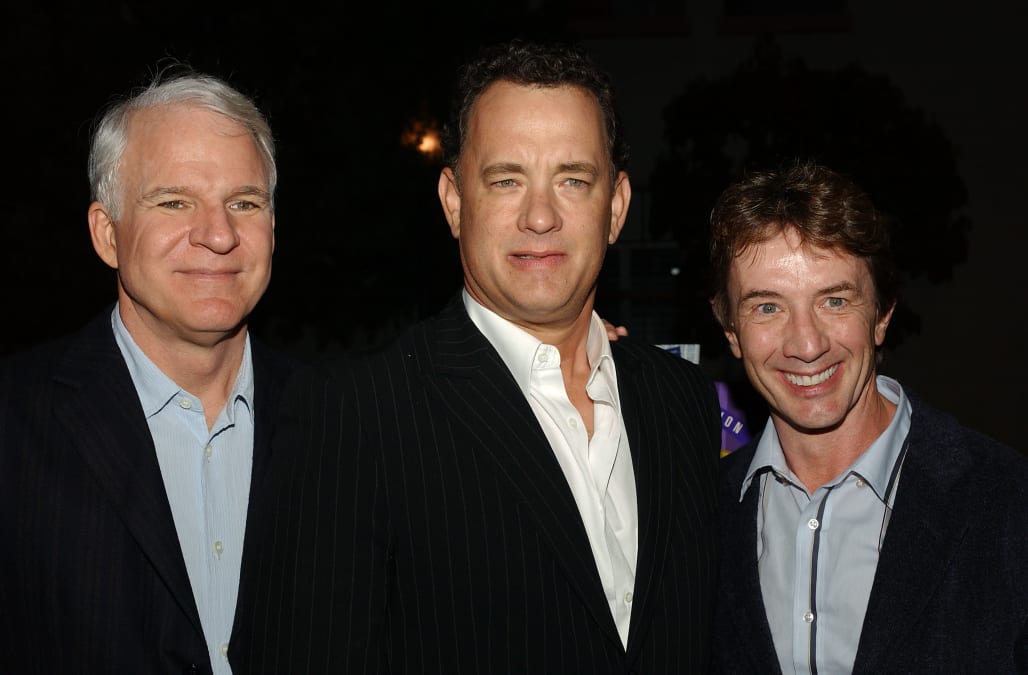 At this kind of party, everyone is a pooper.

Steve Martin, 72, and Martin Short, 68, revealed on "Jimmy Kimmel Live!" Tuesday that they have "colonoscopy parties" every other year with Tom Hanks, 61, and fellow friend Walter Parks to have some fun ahead of the procedure.

"We're very excited,'' Short said. "We go to Steve's house around 5 p.m. the night before. We call it 'Colonoscopy Eve' in Canada."

They go through the process of avoiding solid foods, consuming liquids and clearing their bowels to get ready.

"And it's catered,'' Martin said. "There's Jell-O, you know, there's not much you can (eat). You have to purge all day and then we toast."

"We thought, everybody at our age ... at a certain age, you want to get a colonoscopy," Martin said. "We all came over, we played poker and we watched some funny movie and you drink all this stuff." Short also joked about the portion of the party that isn't so fun.

"What's shocking is with Steve, you know, he's a wealthy man,'' he said. "Who would think he would have one bathroom? I mean, by 10 p.m., the bathroom looks like Day 14 of a Carnival cruise."

"I thought the bathroom ended up looking like a Jackson Pollock," Martin added.

The four friends share one car on the ride to get their colonoscopies the next day, playing cards to determine who has to go last for his exam, the duo said.

"It was fun,'' Martin said about the party. "It's a great way to do something that you should do."

14 PHOTOS
Martin Short out and about
See Gallery

Kimmel himself has also been an advocate for raising awareness of the importance of getting colonoscopies. Colorectal cancer is the second-leading cancer death for men and women combined.

He celebrated turning 50 this year by having former TODAY anchor Katie Couric walk him through the process and go through the results in a hilarious scene while also stressing the importance of the exam. Couric's first husband, Jay Monahan died at 42 of colon cancer in 1998.

The legendary comedians correctly noted to Kimmel on Tuesday that colon cancer screenings should start at 45 instead of 50 under new guidelines issued by the American Cancer Society last month.

Colonoscopy parties don't need to be as frequent as every other year like those of the four friends. People who are in good health with no increased risk should have a colonoscopy every 10 years, according to the American Cancer Society.

If you're at increased or high risk of colorectal cancer (or think you might be), talk to your health care provider to learn more. Your provider can suggest the best screening option for you, as well as determine what type of screening schedule you should follow, based on your individual risk.

More from Today Show:
Ellen Pompeo said her purse was stolen in Italy: 'I blame the rosé!'
Get a rare look at Michael Jackson's Neverland Ranch, on sale for $100 million
Charlie Sheen reveals he's HIV positive in TODAY Show exclusive