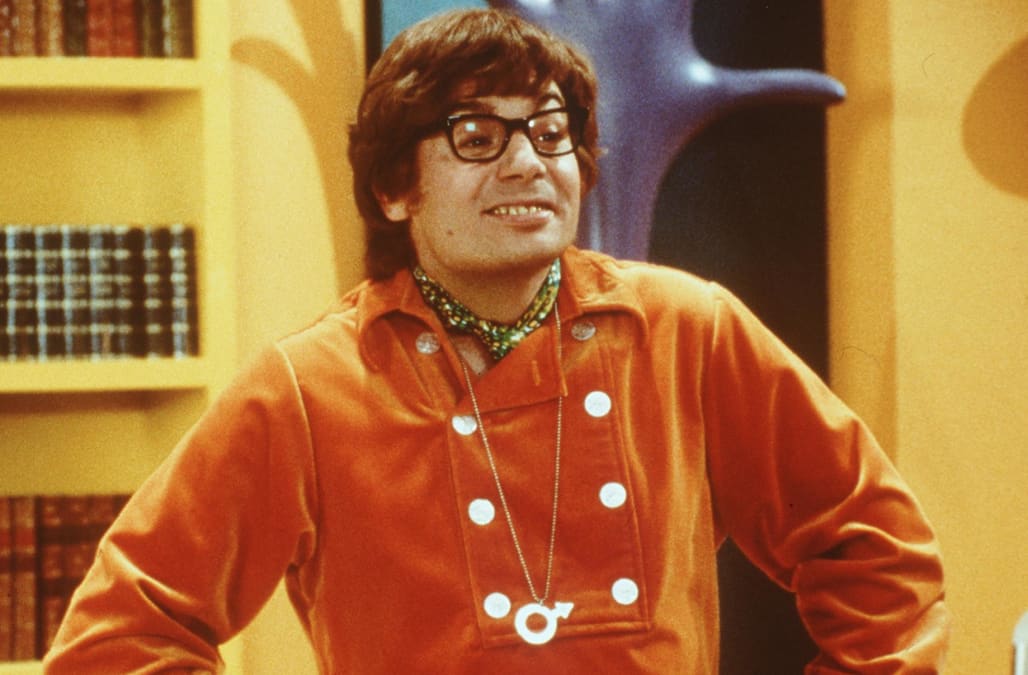 Yeah, baby! Mike Myers teased that a fourth Austin Powers movie may be in the works.

“I can neither confirm nor deny the existence or nonexistence of a movie should a movie like that exist or not exist,” the 55-year-old actor said with a smile during an appearance on Good Morning America on Wednesday, June 20. “It’s looking good. Yeah, so we’ll see.”

Myers acknowledged that it has been “a long time” since fans last saw the womanizing British spy on the big screen, something he chalked up to his growing family. (The third flick in the franchise, Austin Powers in Goldmember, was released nearly 16 years ago.)

“I have three kids now,” he explained, referencing son Spike, 6, and daughters Sunday, 4, and Paulina, 2, with his wife, Kelly Tisdale. “Mostly what I try to do is just stuff out of my house. I did a documentary for two years [about] Alice Cooper’s manager Shep Gordon called Supermensch.I’ve been developing stuff, doing small parts in stuff like Bohemian Rhapsody and that film Terminal with Margot Robbie. Just stuff that didn’t keep me far away from my family, so yeah, we’ll see what happens.”

Discover More Like This
HIDE CAPTION
SHOW CAPTION
of
SEE ALL
BACK TO SLIDE
Costars Reunited!

The Gong Show host first stepped into the shoes of the title character and his nemesis, Dr. Evil, in Austin Powers: International Man of Mystery in 1997. He reprised both roles in the sequels Austin Powers: The Spy Who Shagged Me (1999) and Goldmember (2002).

One actor who will not return for the potential fourth movie is Verne Troyer, who died at the age of 49 on April 21. The actor was best known for playing Mini-Me.

“Verne was a fantastic human being,” Myers said on Jimmy Kimmel Live! on May 2. “I worked with him for a long time. [He was] a great comedian. I’ve always just wanted to make that point. As written, Mini-Me is, like, almost a prop. But he brought it up off the page, made it better than written, and we ended up just giving him more and more stuff to do. … I miss him.”