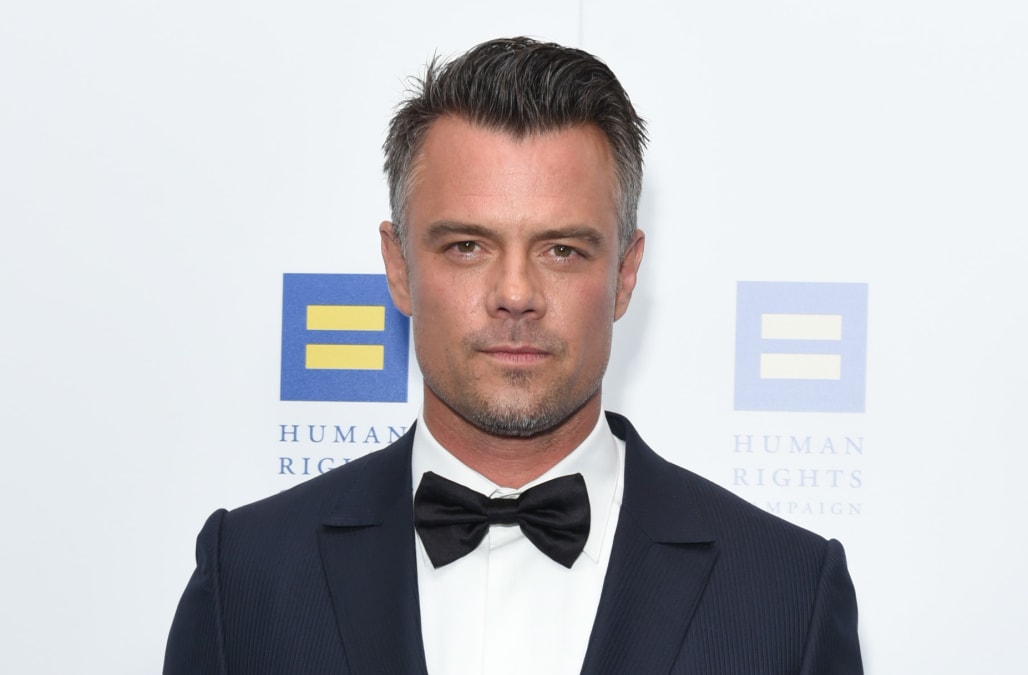 The rumored couple was photographed together for the first time after leaving a Beverly Hills restaurant on Friday night. The twosome was all smiles as they tried to avoid the cameras after their dinner date.

The 28-year-old Baby Driver actress looked chic in a red pantsuit with a low-cut black top, black booties and a red clutch. Duhamel, 45, kept it casual in a forest green button-up with jeans and black boots.

The Win a Date With Tad Hamilton star and the Mexican actress have been keeping their romance hush-hush since rumors about their new relationship began in February.

A source told ET in March that the actor is beyond smitten with Gonzalez.

"Josh is head over heels for Eiza, but he felt guilty that he had feelings for another woman so quickly and he wants to be respectful to Fergie so he has kept this relationship very, very private," the insider said, emphasizing that Duhamel was not dating Gonzalez before he and Fergie announced their breakup.

“This couple has worked to separate amicably and so far it seems to be working," the source explained. "Josh is ready to move on and he seems very smitten with Eiza.”

Gonzalez was most recently romantically linked to Calvin Harris in 2016, and Liam Hemsworth in 2013. Meanwhile, Duhamel and Fergie announced their separation in September, after eight years of marriage. The couple actually split in February, but has continued to stay on good terms.

17 PHOTOS
Eiza Gonzalez out and about
See Gallery

"She's amazingly talented and we have a great relationship," he continued, singing her praises. "We are parenting our son as healthy as we can. And she and I get along great."