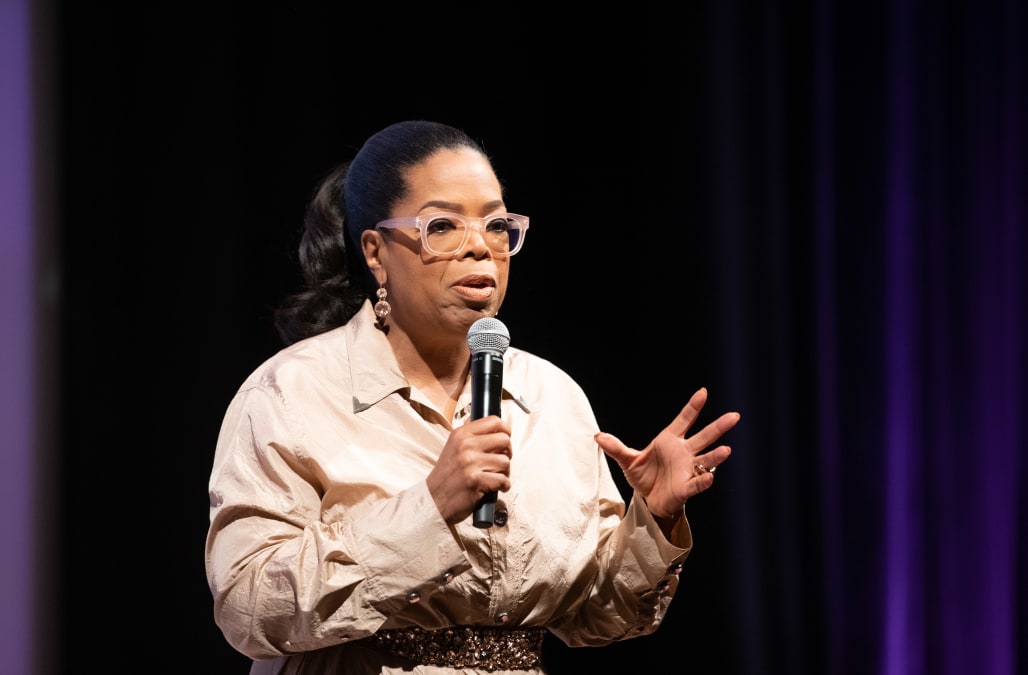 Oprah Winfrey was brought to tears on Wednesday, when she walked through The Smithsonian's National Museum of African American History and Culture's new exhibit dedicated to her incredible legacy for the first time. The video was aired on CBS News.

Oprah's best friend, Gayle King, and museum director Lonnie Bunch accompanied her on the tour of

“Watching Oprah: The Oprah Winfrey Show and American Culture," which includes videos from the start of her career, personal mementos and more. But it was a note from a fan in the guest book that brought the 64-year-old media mogul to tears. "Oprah Winfrey is the reason I love myself so fiercely and know that my voice matters," the message reads.

When Bunch thanks Oprah for her tireless work throughout the tears, she continues to get emotional, covering her face as she cries.

"Thank you for this," Oprah said simply, as she hugged both Bunch and King.

Oprah's exhibit also includes the red dress she wore in the iconic Oprah Winfrey Show episode when she surprised the entire audience with a new car.

"I wanted a color that would match the bows on the car," she recalled. "There was a lot of thought put in that."

Another standout is a handwritten journal entry she wrote the night before The Oprah Winfrey Show made its national debut in 1986. 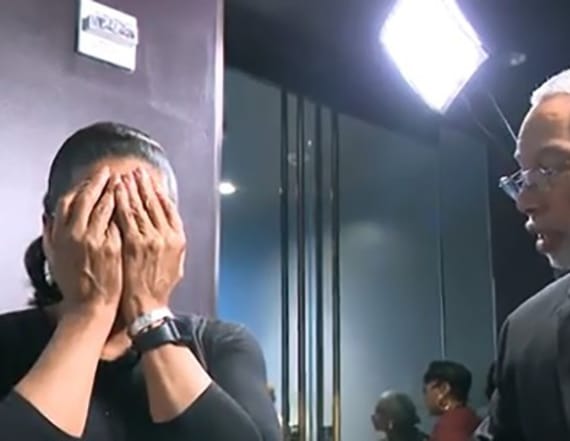 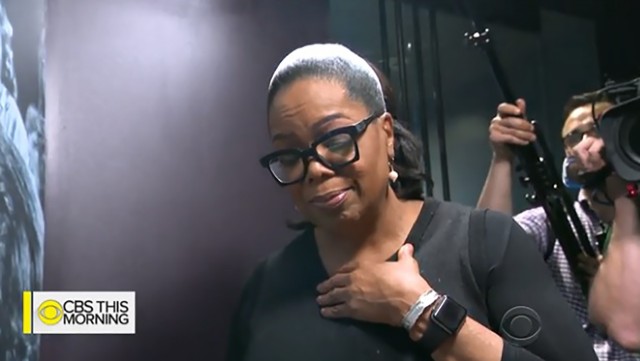 "Exactly eight hours before the national first show," it reads. "I keep wondering how my life will change. If it will change. What all this means. Why have I been so blessed? Maybe going national was to help me realize that I have an important work or that this work is important. I just know that I must be pressed to the work of the high calling."

King marveled at Oprah's eloquence, joking, "You wrote that the night before? That's what you were thinking? I would have wrote, 'Hope it works.'"

Clearly, Oprah was overwhelmed by the exhibit in her honor.

"How many people are alive who get exhibits?" she asked King.