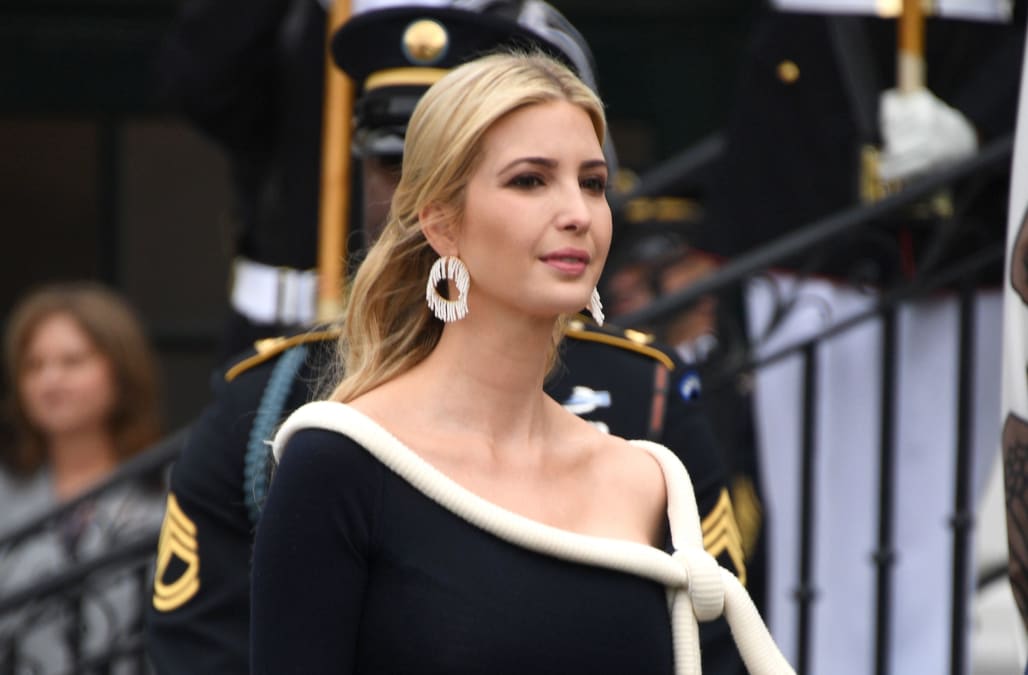 Not having it. Ivanka Trump is facing backlash for posting a photo of herself and her son amid reports that families are being torn apart at the U.S. border with Mexico, and that the Department of Health and Human Services has “lost track” of 1,500 children due to policies implemented by her father President Donald Trump’s administration.

The 36-year-old shared a photo of herself holding her 2-year-old son, Theodore, on Sunday, May 27, and captioned it: “My <3! #SundayMorning.”

Halsey was among those who took aim at the mom of three for her poor timing. “I wonder what #SundayMorning is like for the parents of 1500 lost children your father is responsible for. F—k your #SundayMorning,” the singer, 23, tweeted at the fashion designer.

The “Bad at Love” singer wasn’t the only one to take Trump to task. Many others joined in on Twitter to call out the first daughter for her tone-deaf post. Jim Carrey shared a new cartoon inspired by the policy and tweeted: “1500 innocent children ripped from their mothers’ arms at our border. Lost in Trump’s ‘system’. Give us your tired, your poor, your huddle masses yearning to breathe free — and we will torture them for wanting a better life. From Shining City to Evil Empire in under 500 days.”

Actor Patton Oswalt also tweeted his reaction: “Isn’t it the just the best to snuggle your little one — knowing exactly where they are, safe in your arms? It’s the best. The BEST. Right, Ivanka? Right?”

“Dear @IvankaTrump, No doubt you posted this while feeling the great joy of motherhood. But every mother is our sister & right now there are many in despair. You are in a position to help. #WhereAreTheChidlren?Taking action will result in a lot more likes than this post,” one user wrote.

Another tweeted: “What an odd tweet in the middle of the horror going on with missing children ripped from their parent’s arms. How lucky you are to live in a bubble.”

“You’d almost never know her father’s administration, to which she is an adviser, was brutally separating migrant children from their asylum-seeking parents and lost track of 1,500 of them,” another one shared.

The backlash comes amid reports that the Trump administration will increase criminal prosecutions of parents entering the United States illegally and is separating families by placing their children in protective custody. It has been criticized as an inhumane practice that could psychologically damage the children, some of whom are as young as a year old. The new policy brought attention to an April report that Steven Wagner, an official from the Department of Health and Human Services, had revealed to members of Congress that the agency had lost track of nearly 1,500 children it had placed with sponsors in the United States.