Willow Smith shocks mom Jada Pinkett: ‘I was cutting myself’ at 9 years old 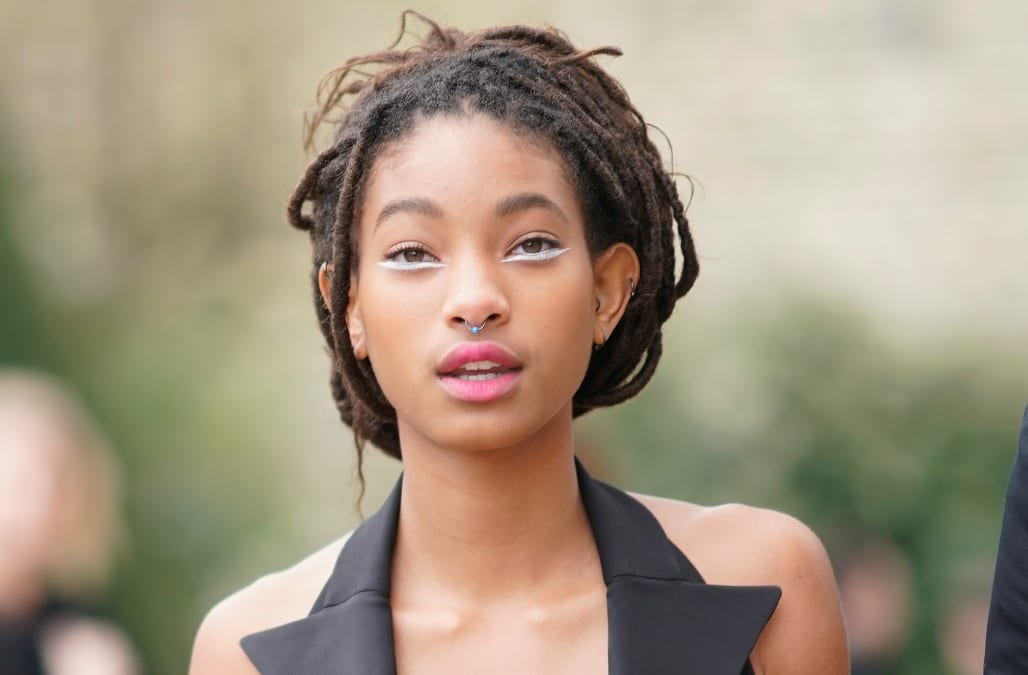 Sharing her truth. Willow Smith revealed a major secret to mom Jada Pinkett Smith and grandmother Adrienne Banfield-Jones about her past experience with self-harm.

During the latest episode of their Facebook Watch talk show Red Table Talk from Monday, May 14, Pinkett-Smith, 46, asked her daughter what her biggest loss has been so far. The 17-year-old then shared that her darkest time came when she was around 9 years old after releasing her hit song “Whip My Hair.”

“I would have to say I honestly feel like I lost my sanity at one point,” the singer said. “It was after that whole ‘Whip My Hair’ thing and I had just stopped doing singing lessons and I was kind of just in this gray area of, ‘Who am I? Do I have a purpose? Is there anything I can do besides this?’”

“After the tour and the promotion and all of that, they wanted me to finish my album. And I was like, I’m not gonna do that,” she continued, referring to the success that followed her 2010 hit. “After all of that kind of settled down, I was listening to a lot of dark music and it was just so crazy and I was just plunged into this black hole and I was, like, cutting myself and doing crazy things.”

This week around the Red Table, Jada Pinkett Smith reveals the impact of the tragic death of her longtime best friend, Tupac Shakur. While Willow Smith shares a painful secret for the first time. Follow Red Table Talk for episodes and updates, only on Facebook Watch.

“What? Really? When were you cutting yourself? I didn’t see that part? Cutting yourself where?” her mom responded in shock, and Willow showed her scars on her forearms and wrists.

“There’s still a little something there. Totally lost my sanity for a moment there,” the “Female Energy” singer said and shared that her brothers, Jaden, 19, and Trey, 25, didn’t know either. “I never talk about it because it was such a short, weird point in my life but you have to pull yourself out of it.”

The Set It Off actress, who shares Willow and Jaden with husband Will Smith, asked her daughter about the reasoning behind it. Willow explained: “I honestly felt like I was experiencing so much emotional pain but my physical circumstances weren’t reflecting that.”

“One night I said, ‘This is actually psychotic,” Willow continued, adding that it’s been five years since the last time she self-harmed.

“I never saw any signs of that!” the Girls Trip actress responded, surprised.

The three women then continued to talk about surviving loss and the Gotham alum broke down in tears about losing friend Tupac Shakur in 1996.