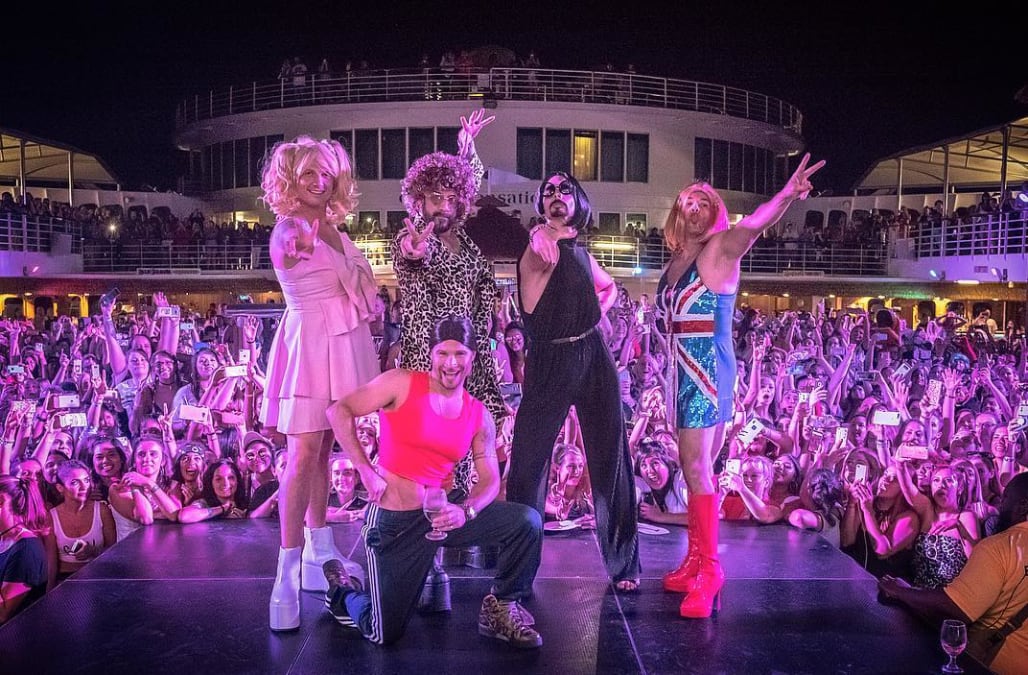 Looks like the Backstreet Boys Wannabe the Spice Girls.

The boy band dressed up as the popular girl group while performing on their Backstreet Boys Cruise Tuesday.

The reason for the hilarious homage? Girl power, according to the band's caption.

"Celebrating all of the girl power that’s kept us going for 25 years," they wrote.

Richardson shared the same picture on his Instagram, adding, "Sometimes ya just gotta SPICE things up."

They also had fun dancing along to Say You'll Be There.