Chelsy Davy: 8 things to know about Prince Harry's on- and off-again ex-girlfriend 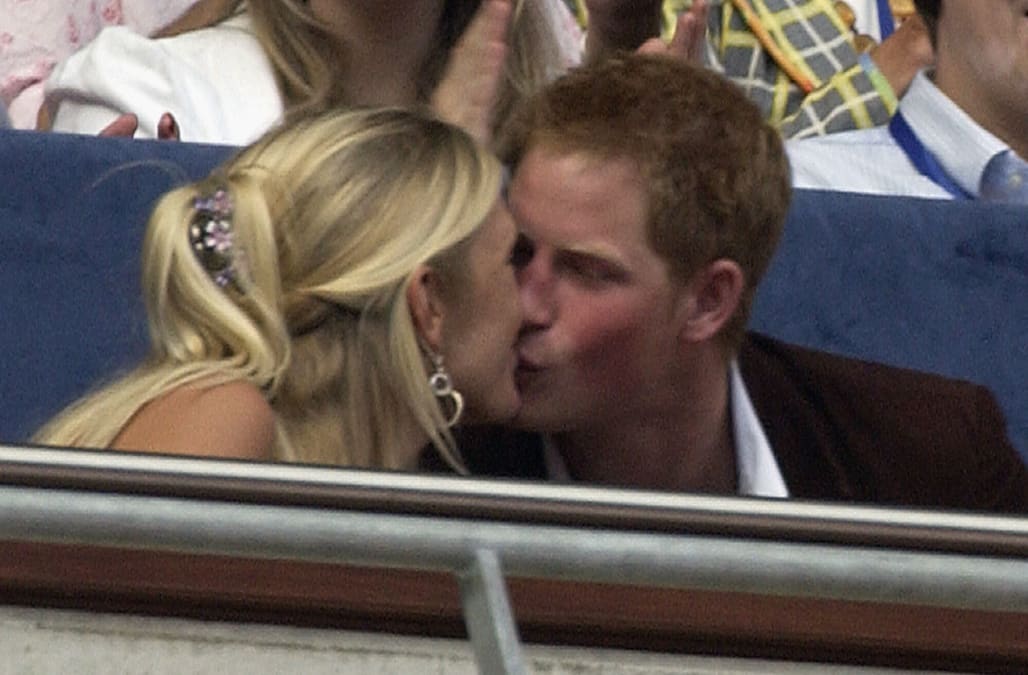 Long before Prince Harry got engaged to American actress Meghan Markle, there was Zimbabwean jeweler Chelsy Davy. She met Harry in 2004, but the couple’s on-and-off seven-year relationship officially ended in 2011.

Davy, though, told the Sunday Times in 2016 the two would “always be good friends,” and it seems Harry and his 32-year-old ex are still on good terms: She is rumored to have received an invite to the forthcoming regal ceremony. (Before their breakup, Davy and Harry attended Prince William and Kate Middleton’s 2011 wedding together.)  Come May 19, we’ll see if Davy will indeed be on hand to toast to Harry’s happily ever after.

In the meantime, here’s the scoop on Davy, from her safari upbringing to the intense media mania that severed her romantic ties with the prince:

Growing up on a farm in Zimbabwe, Davy told the Times she hung around an orphaned pet hyena, and once a “very dangerous” boomslang snake the length of a man landed on her head. Of course, you’d expect nothing less from a young girl whose millionaire safari operator of a father, Charles Davy, raised her on 1,300 square miles of African savannah, with giraffes, lions and more wildlife around her. “At my preschool there were monkeys everywhere,” she recalled, “stealing your crayons.”

2. Davy’s move to England, where she met Harry

A far cry from Zimbabwe, Davy briefly attended Cheltenham College, a girls’ public boarding school in the southwest English town, before switching to Stowe School, a selective independent boarding school in Buckinghamshire, all the while feeling maladjusted -- like “Crocodile Dundee, with all my snakes,” she told the Times.

“I'd never worn makeup and suddenly everyone was in makeup,” she added. “People were like: ‘Who is this weirdo from Zimbabwe?’ But I made some fabulous friends.” Among them: Prince Harry, with whom she first hit it off in early 2004.

Contrary to popular belief, the blonde beauty didn't have her mind set on a modeling career. In the same Times interview, Davy debunked that rumor, stating, “That’s a terrible fiction.” In fact, she told Country and Town Housethat from a very young age, she was inspired by the film A Few Good Men to pursue a career in law.

4. Instead, Davy became a lawyer

Though she says the media focused on her party-girl antics with Prince Harry more than her day-to-day life as an academic, Davy proved she was more than meets the eye when she got her law degree at the University of Leeds. (She earned a bachelor’s degree in economics from the University of Cape Town.) Following school, Davy joined Allen & Overy, an elite London-based law firm.

"They can be forgiven for not knowing I was working really hard, I didn’t shout about it,” she told the Times, referring to the paps. “If you go out once, they take a picture, but they don’t take a picture of you going to work every morning -- it’s of you falling out of a nightclub at 4 a.m.”

5. Law, however, was no match for jewelry-making

In 2014, she abandoned a career in law to pursue self-directed endeavors. After obtaining a gemology diploma from the Gemological Institute of America, Davy launched a luxury African jewelry line called Aya, which honors her deep connection to her native soil, "from emeralds in Zambia to rubies in Mozambique and tanzanites in Tanzania," as the jeweler's official site reads.

In a terrifying turn of events at a South African bar in Cape Town, where Davy and a friend were celebrating having finished their dissertations, a gunman lunged at their table. “He put a gun to my head," she recalled to the Times. “They frogmarched us into the kitchen, made us all lie down, patted us down for valuables, said: ‘The first person to look up we’re going to shoot.’ I was holding my friend’s hand, we were both shaking.”

7. Being in the spotlight was, well, a royal pain

Davy described being chased by the paps during her romance with Prince Harry as “crazy and scary and uncomfortable.”

“I found it very difficult when it was bad,” she confessed to the Times. “I couldn’t cope. I was young, I was trying to be a normal kid and it was horrible.” Seeking to escape the spotlight, the media-shy entrepreneur decided to end things with Harry. “Now it's calm, now it’s fine.”

Responding to the newspaper's inquiry if it's possible for a person with an everyday career to be romantic with a royal, Davy said, “I don’t know, but I think that some people are definitely better at it than others.”

These days, Davy seems content traveling the world, with recent visits to the Amazon and Bahamas. Her Instagram features an array of nature pics, including a May 6 photo of gallivanting zebras in Zambia, captioned with “#TheDream.”