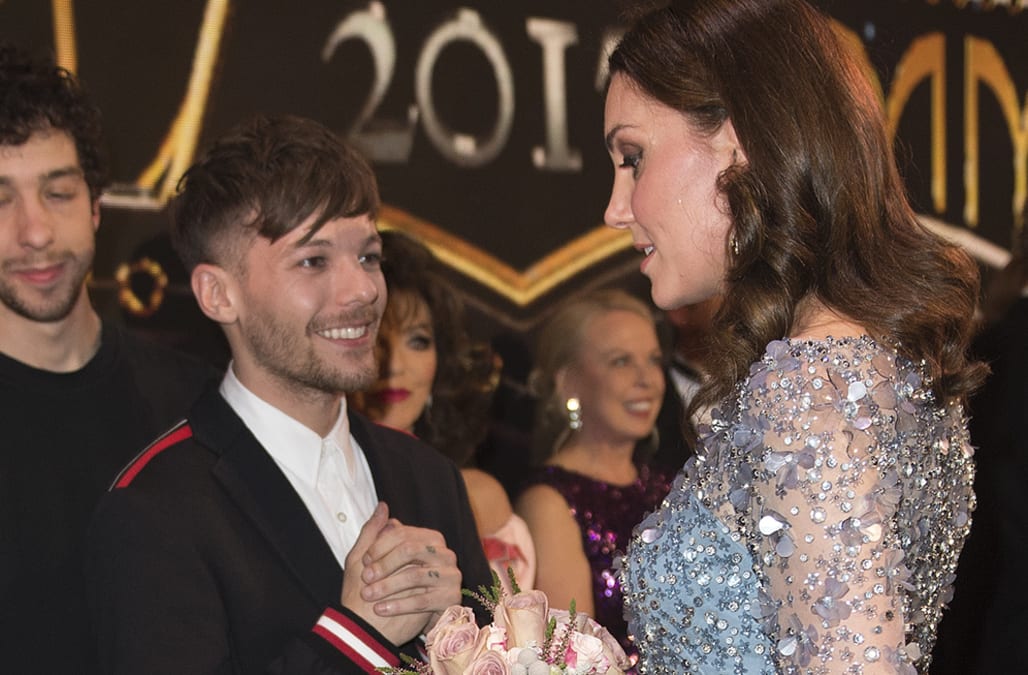 Everyone's talking about the newest royal baby... including Louis Tomlinson!

Moments after Kate Middleton and Prince William revealed the name of their third child, baby boy Louis, the 26-year-old singer took to Twitter to respond to fans who joked that the couple named their newborn after the former One Direction crooner.

"Young Louis welcome to the world," Louis wrote. "I'll take you under my wing lad."

Young Louis welcome to the world. I’ll take you under my wing lad. The Adidas tracksuit is in the post!

Tomlinson did recently mingle with Kate while at the Royal Variety Performance at the Palladium Theatre last November.

So, if the Duke and Duchess of Cambridge ever need a babysitter, looks like they know who to call! Plus, Louis is a father himself. He shares a 2-year-old son, Freddie, with stylist Briana Jungwirth.

Kensington Palace announced the baby's moniker in a press release on Friday, which read, "The Duke and Duchess of Cambridge are delighted to announce that they have named their son Louis Arthur Charles. The baby will be known as His Royal Highness Prince Louis of Cambridge."

While we're totally on board with 1D fans believing baby Louis was named after singer Louis, there's actually historical significance behind the name Kate and William chose for royal baby No. 3.

William, along with Louis' older brother, Prince George, also have the middle name "Louis," which is believed to be a tribute to Louis Mountbatten, who played a significant role in the relationship between William's grandparents, Queen Elizabeth II and Prince Philip.