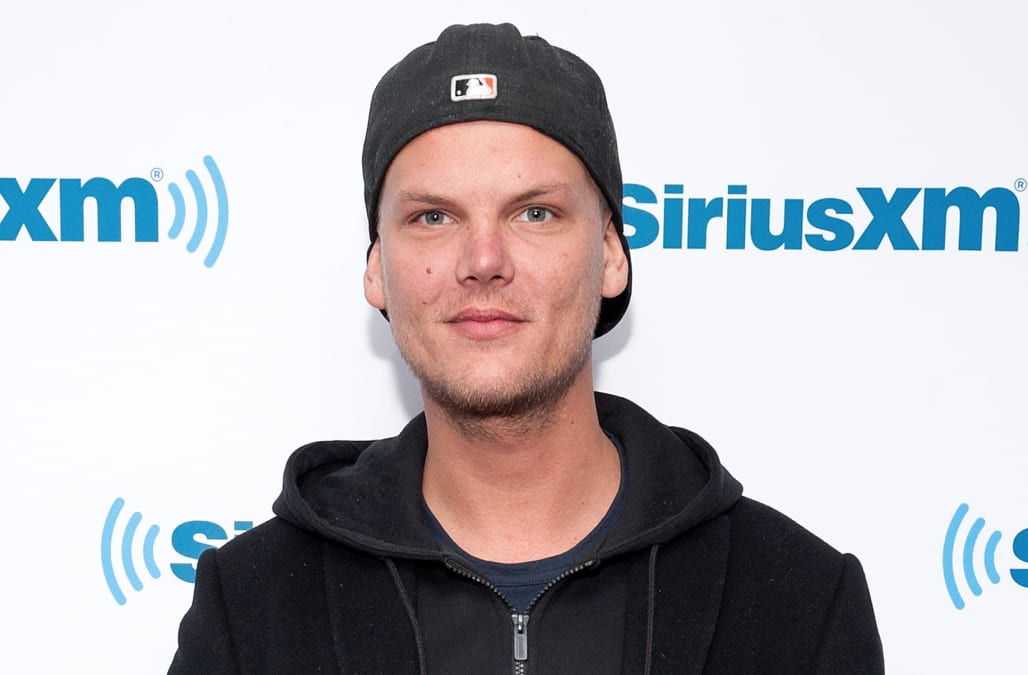 Artist, DJ and producer Tim Bergling, a.k.a. Avicii, died this afternoon in Oman, according to a statement from his rep. He was 28.

“It is with profound sorrow that we announce the loss of Tim Bergling, also known as Avicii,” the statement reads. “He was found dead in Muscat, Oman this Friday afternoon local time, April 20th.  The family is devastated and we ask everyone to please respect their need for privacy in this difficult time. No further statements will be given.”

He had retired from live performing in 2016, citing health reasons. He had suffered from health problems for several years, including acute pancreatitis, in part due to excessive drinking. He had his gallbladder and appendix removed in 2014.

“WE ALL REACH A POINT IN OUR LIVES AND CAREERS WHERE WE UNDERSTAND WHAT MATTERS THE MOST TO US.
For me it’s creating music. That is what I live for, what I feel I was born to do.

Last year I quit performing live, and many of you thought that was it. But the end of live never meant the end of Avicii or my music. Instead, I went back to the place where it all made sense – the studio.

The next stage will be all about my love of making music to you guys. It is the beginning of something new.

Hope you´ll enjoy it as much as I do.”

Bergling was born in Stockholm on Sept. 8, 1989. He began DJing as a teenager and released his first single in 2007. He released a large number of singles and remixes in the following years and rapidly built a reputation as a live act. He broke through with his 2010 hit “Seek Bromance,” which charted in several European countries; he signed a publishing deal with EMI the same year. He explained his chosen DJ name as “the lowest level of Buddhist hell,” chosen because his real name was already being used by another Tim Bergling on MySpace.

His 2011 single “Levels,” which was later nominated for a Grammy Award, vaulted him into the mainstream, charting in multiple European coutnries and topping the chart in his native Sweden. “Sunshine,” his 2012 collaboration with David Guetta, was nominated for a Grammy for Best Dance Recording. In September of that year, he became the first DJ to headline New York’s prestigious Radio City Music Hall; at those two shows, he previewed a new song with Mike Posner called titled “Stay with You.”

Stars react to Avicii's death at 28
“Come on babe, don’t give up on us. Choose me, and I’ll show you love.” Those are lyrics from a song Tim wrote for me. I wish I could have lived up to them. For the two years we were together, he was my closest confidante, and my best friend. Now I can’t look at Bear without knowing I’ll never see his face again. I’m still collecting my thoughts and thank you for all your kind words and texts. Wake me up when it’s all over, because I don’t want it to be real 💔 #ripavicii #avicii @avicii
Devastating news about Avicii, a beautiful soul, passionate and extremely talented with so much more to do. My hear… https://t.co/v4kho3FXmq
I have no words. I remember how amazing it was to make Lonely Together and it felt like just yesterday we were talk… https://t.co/FGgZg33Pj0
I was just told my dear friend Tim @avicii just passed away. Please let this be a hoax. If not #RIPAVICII one of the best natural melody...
Devastated hearing the sad news of @Avicii passing. 😭 Such a sweet soul with a big heart & incredible talent. So many amazing memories together. My thoughts & prayers are with his family. Rest In Peace my friend🙏
RIP Tim. You were a brilliant composer and a gentle spirit. Fond memories of creating music w @Avicii and… https://t.co/GPptw0J2yQ
No words can describe the sadness I’m feeling right now, hearing about Avicii passing away....💔 Thoughts go out to his family and friends...
Such sad news to hear about Avicii passing. Too young and way too soon. My condolences go out to his family, friends and fans x
can't really describe in words how sad I feel right now.. thank you for inspiring me and millions others. RIP @avicii 😔❤️
Oh my god truly devastated for Avicii very very sad news way to young ... what a talent he was. rest in peace x
Wow, I would like to take a moment to pay tribute to the man who really opened my eyes as to what my productions co… https://t.co/FI6xkj6lqL
No @Avicii ... I can’t even begin to comprehend this. I adore you and I loved traveling and touring Europe with you… https://t.co/bwyZxLavRb
I cannot express enough that @Avicii revolutionized dance music, and effortlessly. An unparalleled writer and one o… https://t.co/1dF12uB1Sr
devastated at the news of @Avicii passing. working with him was one of my favorite collaborative moments. far too y… https://t.co/Sx6KqafXsm
. @Avicii was talented and kind, and I was genuinely excited to see what would come next from him. His future most… https://t.co/zuSgn39WBZ
Damn Dude RIP #Avicii 🙏🏽
At a loss for words...Rest easy brother 😪 @Avicii
Avicii contributed incredible art to this world. devastated to hear about this. Rest In Peace. X
I am shocked. RIP @Avicii
I am both shocked and horrified at this news... RIP Avicii - What a loss for this world. https://t.co/U2VgghW1FM
Damn this is such terrible news. Such an an inspiration to so many including myself. May you Rest In Paradise #ripavicii 🙏❤️
RIP Avicii. I have so many great memories to his music.
No words... May you rest in peace legend 💔 @Avicii
my sincerest and most heartfelt condolences to the friends, fans and families of @Avicii :( Banter aside, nobody… https://t.co/fOtDIs9Iem
Rest in peace, Avicii. We lost a legend.
oh no, Avicii :( He made such a massive mark on the world at such a young age. I feel so sad for his family and friends.
RIP @Avicii you will be insanely missed...my deepest condolences to his family.
Rest In Peace @Avicii - u inspired some of my writing and I’m sure thousands of others, u will be missed
my sincerest and most heartfelt condolences to the friends, fans and families of @Avicii :( Banter aside, nobody… https://t.co/fOtDIs9Iem
Up Next

His proper debut album, “True,” was released on September 2013, much of which was previewed during his headlining set at the Ultra Music Festival earlier that year. The albu featured “Wake Me Up,” a collaboration with Aloe Blacc, which topped the charts in multiple countries across the world and was No. 1 for a record 14 weeks on Billboard’s Dance/Electronic Songs chart; it was also the U.K.’s fastest-selling single of 2013. Other singers on the album included Adam Lambert and Audra Mae.

However, as his popularity rose his health declined. He was hospitalized in March 2014 and cancelled several tour appearances; not lon after, he collaborated with Carlos Santana and Wyclef on the official FIFA World Cut Anthem “We Will Find a Way.” Also that year he produced a song on Coldplay’s album “Ghost Stories.” He released his second full-length, “Stories,” in October 2015.

In March of 2016 he performed at Ultra Music Festival, premiering new material, but 10 days later announced that he was retiring from performing. He made a final live appearance in August in Ibiza. In December he parted ways with longtime manager Ash Pournouri.

In August of 2017 he released a six-track EP entitled “Avici,” and followed a month later with a full-length documentary entitled “True Stories,” which was largely about his retirement.