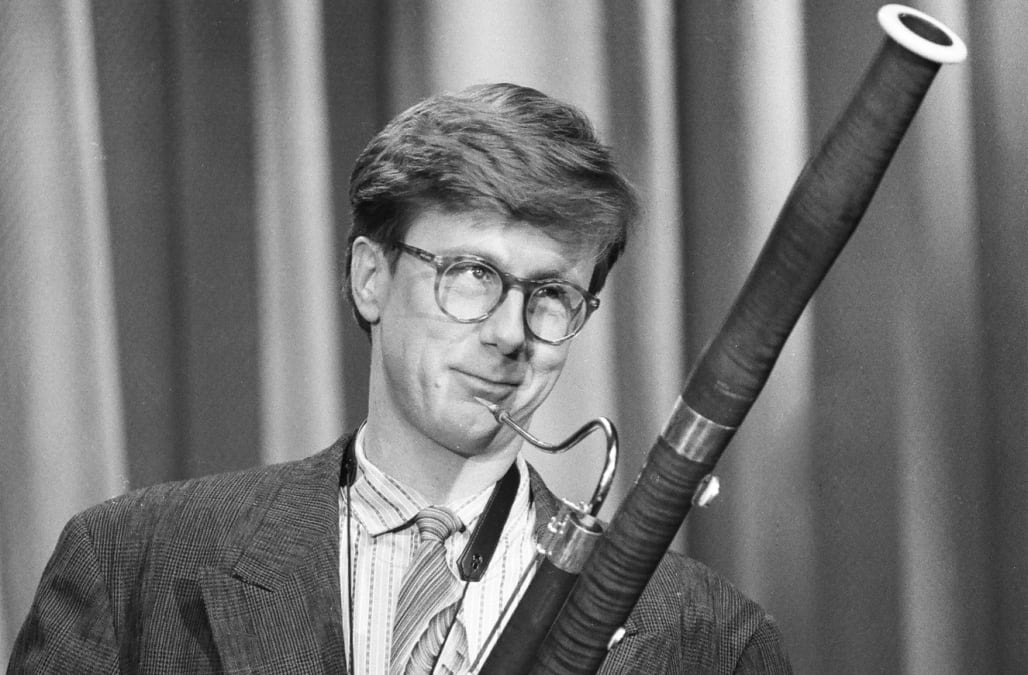 Harry Anderson, the magician-turned-comic-turned-actor best known for playing a lightly disguised version of himself as a judge on the TV sitcom "Night Court," was found dead Monday morning at his home in Asheville, North Carolina, police told NBC News.

Anderson was 65. The cause of death wasn't disclosed, but police said foul play wasn't suspected.

Anderson, who often said he was inspired to pursue magic by Harry Blackstone Sr., the famed stage magician of the last century, grew up in Southern California and began performing at clubs like Dante Magic Club and the Magic Castle while he was still in high school. His stage name was Harry the Hat for the fedora he habitually wore.

Anderson appeared numerous times on Johnny Carson's version of "The Tonight Show" and "Saturday Night Live" during the 1980s and soon became a recurring guest star on "Cheers," playing a swindler and grifter called, not surprisingly, Harry the Hat.

That led to his starring role beginning in 1984 on "Night Court," in which he played Harry Stone, a judge in New York's Criminal Court 2 who traded jokes with a naïve public defender played by Markie Post, a slimy prosecutor played by John Laroquette and three regular bailiffs (Selma Diamond, Richard Moll and Marsha Warfield). Occasionally, they tried a case or two.

Anderson was nominated for Emmy awards three times during the show's nine-season run. Harry the Hat, meanwhile, returned occasionally to "Cheers," explaining his extended absences with throwaway lines like "Two to 10, with time off for good behavior."

Anderson made guest appearances on several TV shows and appeared in several pilots after "Dave's World" ended. He ran a magic shop and a nightclub in New Orleans before he and his wife, Elizabeth, moved to Asheville in 2006 after Hurricane Katrina. He told The New York Times at the time that the depression that gripped the city after the hurricane had depressed both his audience and his outlook on life.

"I had more people in my car last night," The Times quoted him as telling his piano player during a performance.

Anderson had a devoted following among fellow performers. An early fan was the actor and writer Judd Apatow, who interviewed Anderson in 1983, before "Night Court" went on the air, for his book "Sick in the Head: Conversations About Life and Comedy." He described Anderson as "this demented, semi-famous magician whom I happened to find hilarious."

Apatow said Monday on Twitter that Anderson was "a kind talent who made millions so happy."

J. Elvis Weinstein, a co-founder and star of "Mystery Science Theater 3000," called Anderson "one of the few guys to ever make my 'magicians I like' list."

For all his TV success, Anderson always remained a magician and illusionist at heart. In 1988, he was honored as Magician of the Year by the Academy of Magical Arts, which operates the Magic Castle, following in the footsteps of Blackstone, his idol.