Beyonce at Coachella 2018: What to expect from her headlining performance 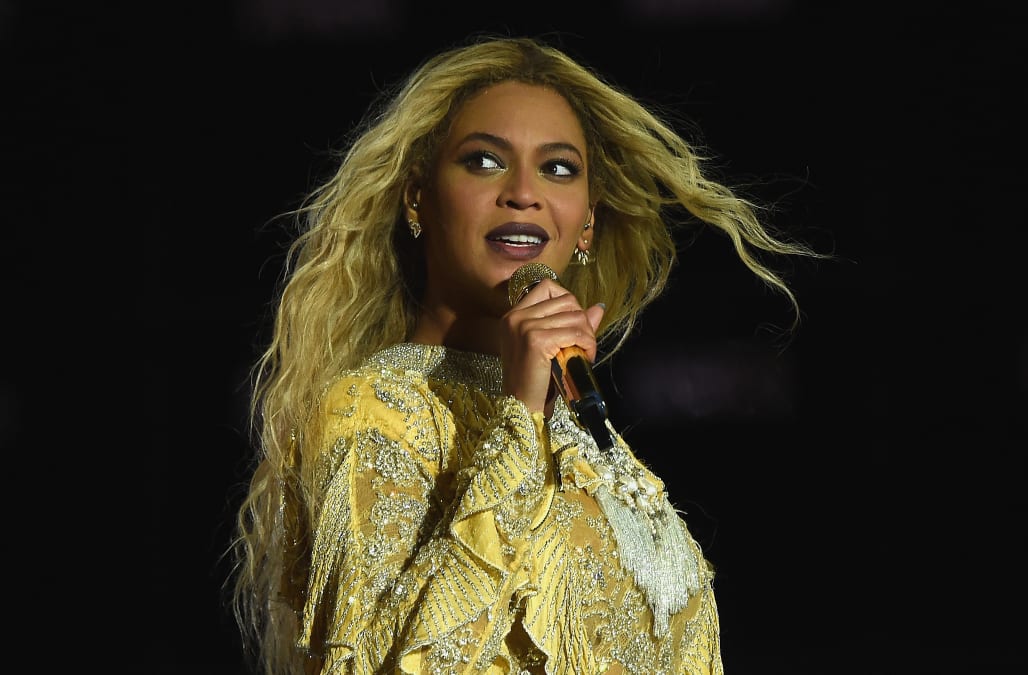 The countdown to Beyoncé’s headlining set at Coachella is on!

Queen Bey will hit finally Indio, California, over the next two Saturdays for her highly anticipated appearance at the annual music festival. The performance has been a long time coming after the singer was forced to bow out of performing at the festival in 2017 due to her pregnancy with twins Sir and Rumi Carter. This will be Beyonce’s first high-profile gig since giving birth to her babies.

Needless to say, ‘Yoncé has been hard at work to make good on her word and deliver something special for the festivalgoers hitting the desert for the fest.

ET is breaking down what to expect from what can only be described as Beyoncé’s next great, live performance.

Knight has helped choreograph a string of career-defining moments for Beyoncé including the unforgettable "Single Ladies" video, her Super Bowl halftime performance in 2016 and the Formation World Tour in 2017. So you know whatever these two have up their sleeve for the crowd in Indio is going to be epic.

“[Her Coachella performance is] going to change the game,” Knight teased. “Be ready for a good time. A good ol' time.”

Makes sense because 1) it’s Beyoncé and 2) Bey has reportedly been clocking 11-hour rehearsal days with her dancers and crew perfecting the performance before showtime.

Beyoncé took to Instagram last month to reveal to fans that she was back on the vegan grind, cutting out meat and animal products, to get in festival-shape ahead of her performance.

"44 days until Coachella!! Vegan Time!! Click the link in my bio to join me!" the 36-year-old artist wrote. She paired the announcement with two photos, one of a delicious (and over-the-top) piece of avocado toast as well as a shot showing off her post-baby abs at rehearsal (and in a super sick crop top from her Icy Park line, no less!)

The diet plan Beyoncé linked to, 22 Days Nutrition from celebrity trainer Marco Borges, is not new to the pop star, and in fact has been her go-to for her past vegan stints. In 2015, ET's Keltie Knight talked to Borges, where he shared what the plan is all about.

"Whether or not you want to go 100% plant-based, the reality is that we know we can benefit from eating more vegetables,” he explained. "What better vehicle than Bey's platform. She's the type of person that lives to empower people, so we thought this was an amazing opportunity to empower people and help them to live healthier lives."

When JAY-Z headlined the annual festival in 2009, HOV surprised the crowd by bringing out his wife to sing “Young Forever.”

Since then, the couple has, of course, collaborated on Bey’s song, “Drunk in Love,” off her self-titled Beyoncé album, and most recently “Family Feud,” from Jay’s 4:44. Plus, with the recent announcement that the couple will hit the road again together on their highly anticipated ‘On the Run II’ tour, expect Beyoncé to return the favor and share the Coachella stage with her husband, giving fans a taste of what we can expect from their second joint tour.

Lately, life for Bey and Jay has been all about family. And despite their upcoming, very busy music schedules, a source close to the couple previously told ET that they don't plan on changing that anytime soon.

"Beyoncé and JAY-Z recently went to Jamaica to work on a project together, and [to] spend some quality time with one another. Beyoncé has been rehearsing a lot for Coachella and, after that, the couple has to prepare for their tour that starts in a couple months," the source explained. "Although they work non-stop, their main priority is their children. They have made plans to have the kids around as much as they can when they are touring."

All eyes (and ears!) will be on Coachella, even if you’re not one of the 99,000-125,000 attendees on the ground at the festival. Which is why, over the years, the annual fest has been the perfect place for artists performing there to drop new music (i.e.,Lady Gaga debuted her single, “The Cure,” during her headlining set last year.) Could we expect the same from Beyoncé?

Bey has become emblematic of the surprise drop and her live performances have often been the stage for major announcements, so we wouldn’t put it past her to release some new tunes.

And considering we haven’t had any new releases from her (aside from a couple of guest features) since 2016’s Lemonade, we are definitely long overdue for some fresh Beyoncé music. Plus, we already know she and JAY-Z have been sitting on a joint project before dropping their own solo albums instead.

"The music she was making at that time was further along," JAY-Z revealed during an interview with The New York Times’ T Magazine. "So [Lemonade] came out as opposed to the joint album that we were working on. Um, we still have a lot of that music.”

The Coachella stage seems like the ideal setting for the couple to debut a new collaboration.

In recent years, it's not enough for Coachella artists to grace the stage alone anymore. If you are invited to perform at Coachella, it’s a great opportunity to surprise the crowd with a special guest appearance. And while it is very probable that JAY-Z will make a surprise guest spot during Beyoncé’s set, the question remains whether her performance will also bring a Destiny’s Child reunion.

The Beyhive has been buzzing about the potential for DC to share a stage once more ever since Kelly Rowland and Michelle Williams (literally) popped up during Beyoncé’s epic Super Bowl halftime show in 2013. But one stealthy member of the Hive has receipts that suggest an even bigger surprise could be upon us: an onstage reunion that would also include founding members LaTavia Roberson and LeToya Luckett!

Apparently back in May of last year, Roberson cryptically tweeted, “I have so much to tell you guys! All I’m allowed to say right now is… never mind.”

Meanwhile, Luckett shared a throwback photo of her and the girl group back in October.

For her part, Williams randomly shared a snap of her outfit from the Super Bowl performance. Coincidence or is Destiny’s Child cooking up a massive showing of female solidarity with a reunion at Coachella?

After all, the group is celebrating 20 years since their debut album, so the timing for this to happen is impeccable. It’s pure speculation for now, but we don’t think we’re ready for this jelly!

To learn more about what we can expect from Beyoncé's Coachella performance, straight from her lead choreographer himself, watch the video below.