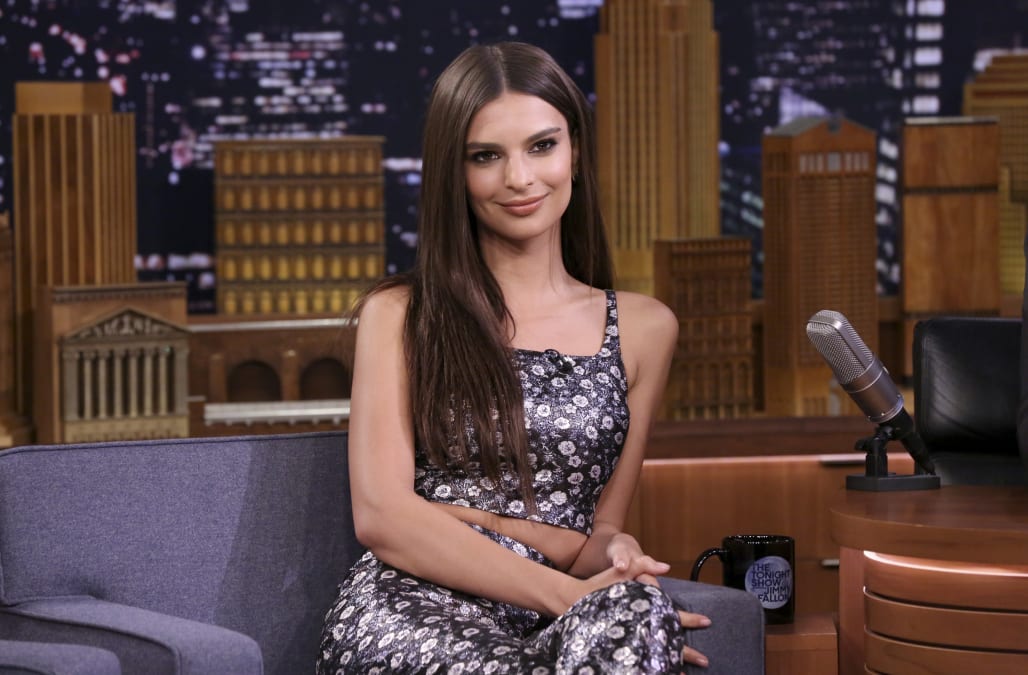 Something must be in the water, because it appears that celebrities this week have been working to one-up each other with "weird romance" anecdotes.

First, Amal Clooney revealed that during his courtship hubby George sent her emails in the voice of his dog, Einstein, where the scruffy pup pretended to be "in various places and in need of legal rescue." Now, Emily Ratajkowski is revealing that her husband of six weeks, producer/actor Sebastian Bear-McClard, proposed to her with a... paperclip?

Ratajkowski broke down the series of events on The Tonight Show Starring Jimmy Fallon on Tuesday, noting that when he popped the question initially, he didn't have a ring at all. (Bold move, sir.)

"He proposed to me at Minetta Tavern and he didn't have a ring so I was like, 'Ummmm nah,'" said the wise 26-year-old. "And then he took the paperclip that the bill was paid with and made me a ring which I actually thought was really romantic." You see, boys! All it takes is a little MacGyvering of any office supplies within arm's reach to woo the girl of your dreams.

Ratajkowski's whirlwind romance with McClard has been untraditional, to say the least — "we're both interesting little humans," she admitted to Fallon. The pair wed at a courthouse back in February after dating for only about a month, and the actress revealed that they even made their own wedding rings for the ceremony.

"We walked into Chinatown and bought an ounce of gold and he was like, 'we'll melt down the gold and make the rings,'" she explained.

And so, just as every little girl dreams, Ratajkowski and her fiance trekked from Chinatown to Midtown on the eve of their wedding and took a blowtorch to some gold before they hammered out the little lopsided beauties in the studio of a "very nice Israeli man."