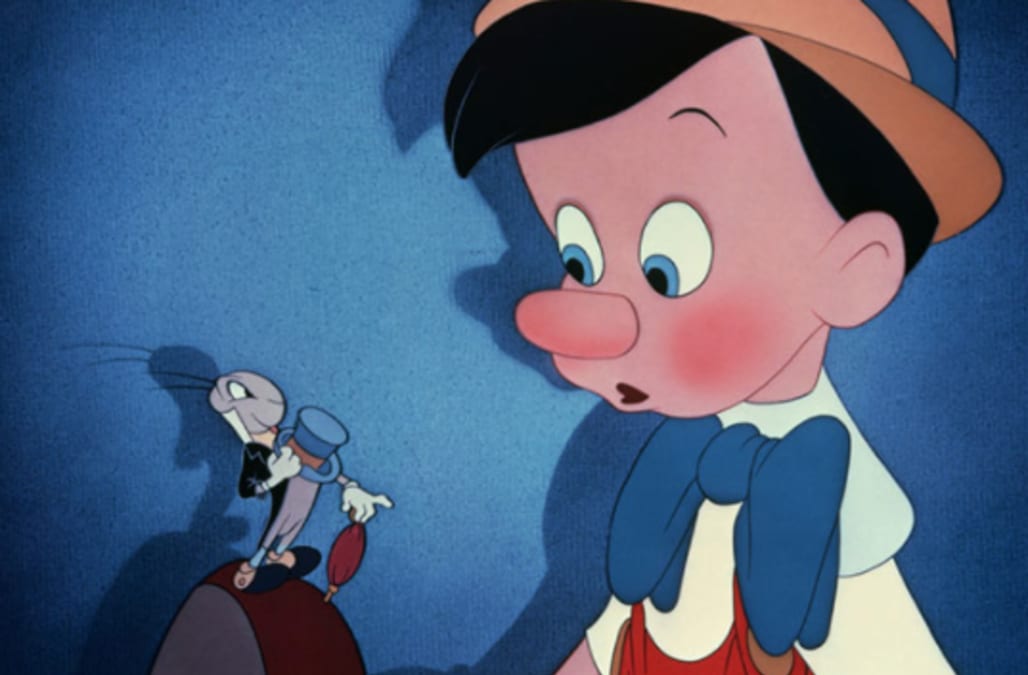 Disney on Monday deleted a tweet that went viral over its dark tone.

The post, which went up around 2 p.m. on Sunday, was a GIF of the classic character Pinocchio being enchanted by the Blue Fairy. The text of the GIF read: "When someone compliments you, but you're dead inside."

A request for an explanation for the tweet and why it was pulled was not immediately returned.

Pinocchio, one of Disney's cornerstone characters, is the classic 1940 animated musical about a wooden puppet who is brought to life by a magical fairy.

8 insider secrets for the best Disney World vacation ever

Stay on-site at a Disney hotel

Staying on site can be a timer saver, says Shani Wolf, a travel consultant specializing in Disney vacations. Not only can you use Disney’s transportation to get from park to park, purchases made in the parks can be delivered to your room and Disney’s Magical Express will transport you from Orlando International Airport to your hotel—you don’t even have to wait for your luggage. There are hotels at every price range from the budget Disney's All-Star Sports Resorts to the luxury Disney’s Grand Floridian Resort & Spa.

Another advantage to staying at an on-site hotel: you’ll have access to Extra Magic Hours at select parks on certain days. Although these hours can be in the morning or evening, Tom Murray, a 20-year Disney travel expert, says that it’s best to go in the morning. “Guests have the flexibility of moving at a slower, more relaxed pace and can then save their FastPass+ reservations for later in the day when the crowds and wait times increase,” he says. Before the park opens to the general public, you’ll have already experienced Space Mountain or Rockin’ Roller Coaster (where wait times can normally exceed two hours) and can enjoy a leisurely breakfast while the masses charge at rope drop.

Eating your mid-day meal at 11 a.m. or 2 p.m. can pay off. Sure, you’d rather eat lunch at noon, but so would everyone else. Wolf suggests eating at non-peak times to cut down on time spent waiting in line to order your food. Here are some things you should make sure to book in advance of your Disney World trip.

Miss a fireworks show or two

Fireworks and parades are something special at Walt Disney World, however, if you’re willing to miss one or two, Murray says show times are the best time to check out popular rides. “These are key opportunities to get in line for your favorite attractions, since most guests will be gathering to see these events,” he says.

The excitement of entering Epcot or the Magic Kingdom for the first time might lead you to the closest ride right away. Of course, that’s where everyone else is headed, too. Instead, Wolf suggests walking a bit further at the beginning of the day. “Earlier in the day, it’s a good idea to start visiting the attractions in the back of the park and work your way forward,” he says.

Several restaurants inside the Magic Kingdom open an hour earlier than the park for breakfast. Some even offer character breakfasts, which Murray says can save your family time later because you’ll already have that much-needed autograph and won’t need to wait in line to meet Cinderella or Minnie Mouse. This trick works for the other parks, too. Do note, though, that reservations at popular breakfast places (like Be Our Guest in the Magic Kingdom) can be booked up weeks or months in advance, so it’s best to make your dining reservation as close to the allowed 180 days out as possible. (Set up an account at Disneyworld.com to make reservations.)

Use the services of a Disney vacation consultant

You might be used to traditional travel agents who charge fees, so here’s a surprise: “Authorized Disney vacation consultants such as myself do not charge a fee for their services,” Wolf says. “Disney makes sure I get compensated so that their guests are not out a cent.” Using an Authorized Disney Vacation Planner can save you time because they can make reservations, help with special needs, and walk you through technology like the My Disney Experience app. Check out these secret spots in Disney parks you never knew existed.

Your Disney vacation shouldn’t be all go, go, go. In fact, you should try to go back to your hotel for a swim or rest mid-day, Wolf says. This tip might seem counterintuitive if you really want to get the most out of your vacation, but it makes sense. Wolf says you’ll return to the parks feeling refreshed and able to stay through until closing, long after many guests have left, thus leaving rides with shorter wait times.