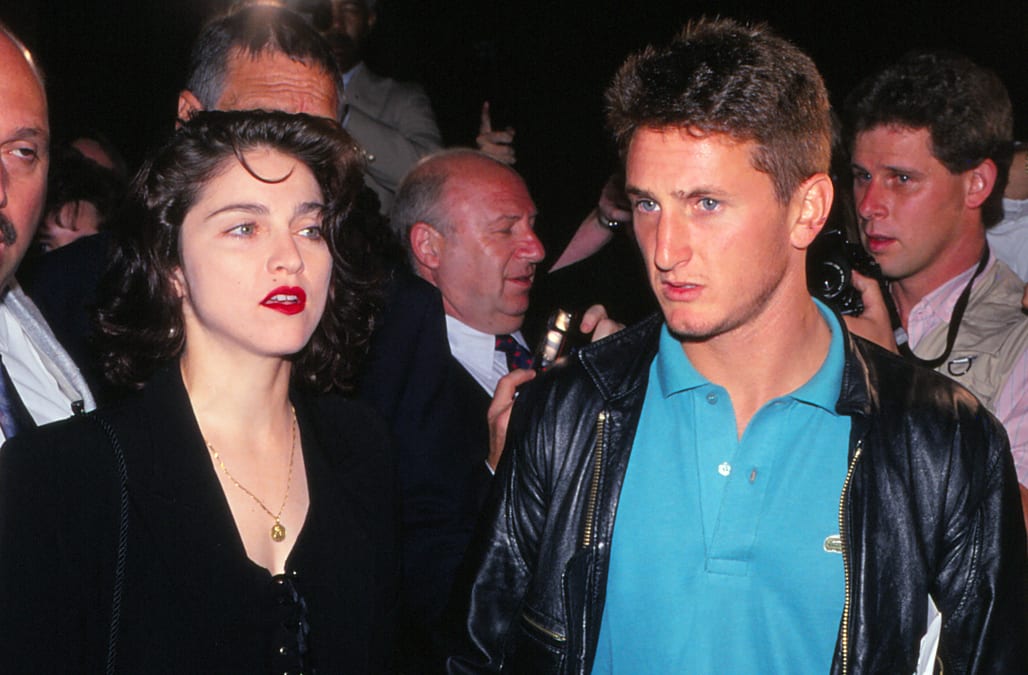 Sean Penn isn’t shy about his love for the Material Girl!

The 57-year-old actor appeared on The Late Show earlier this week, and in a segment called “Sean Penn-y For Your Thoughts,” he was asked by host Stephen Colbert to pick between Madonna, who he was married to from 1985 to 1989, and pop princess Britney Spears.

“Ah, I love my first wife very much,” Penn said of the 59-year-old singer. “There’s no [comparison]… you don’t compare those things.”

“People compare them all the time!” Colbert noted, before asking, “So, you’re going to go with Madonna?”

“Sure!” Penn replied with a grin.

The two-time Oscar winner went on to reveal even more fun details about himself, including that his go-to karaoke song is the 1983 hit “It’s Raining Men” because he used to sing it on the way to the set of his 2008 film, Milk.

When asked if he’s ever been mistaken for another celebrity, he replied, “Emilio Estevez, about 20 years ago.”

Penn and Madonna haven’t been shy about their mutual love for one another in recent years. In December 2016, they worked together at a charity event benefiting Raising Malawi, and Madonna offered to remarry her ex.

“I’m still in love with you,” she told Penn in front of the star-studded audience.

The two have remained friends since their divorce and both have remarried several times. Penn was married to actress Robin Wright from 1996 to 2010, and was engaged to actress Charlize Theron before their romance ended in 2015. Madonna was married to director Guy Ritchie from 2000 to 2008.

In addition to participating in the "Sean Penn-y For Your Thoughts" segment, the acclaimed actor also made headlines for chain smoking and revealing he was still on the “Ambien train” during his Late Show appearance, which you can watch above.

Sean Penn Says He's 'Not in Love' With Acting Anymore

Madonna Jokingly Offers to Remarry Sean Penn for Charity: 'I'm Still in Love With You'