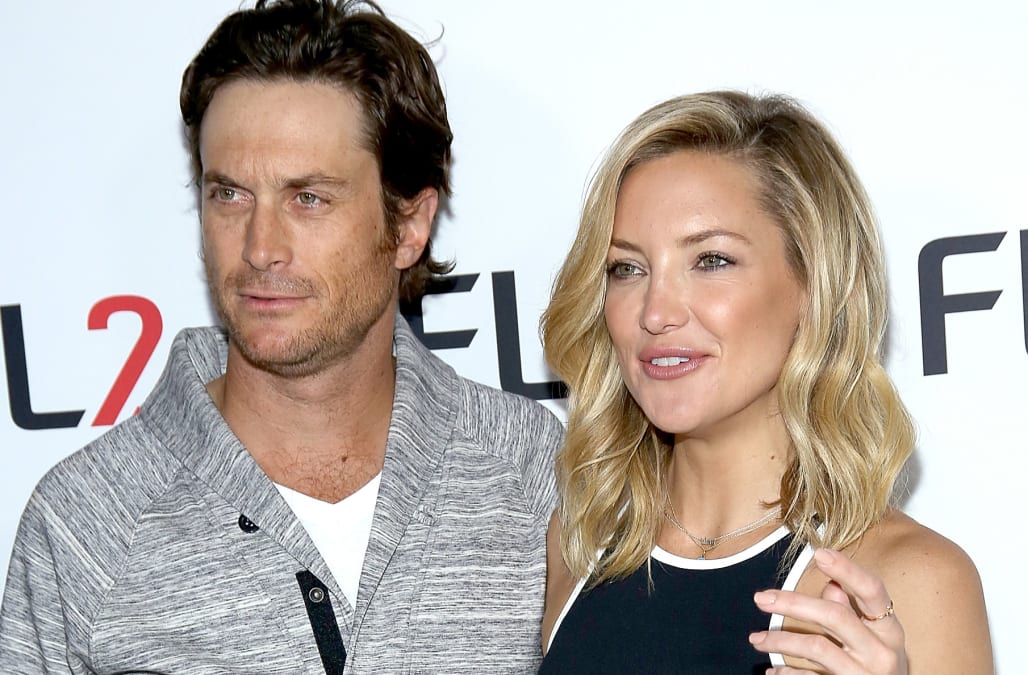 Oliver Hudson is attempting to make peace with his father, Bill Hudson.

The 41-year-old actor recently appeared on Larry King Now, and was asked by the host if he was "friendly" with his biological dad. Both father and son have made it no secret in the past that the two have a rocky relationship.

But on Monday, Oliver had a positive update on their very public feud.

The Splitting Up Together star made headlines in 2015 thanks to a pointed Instagram he shared on Father's Day, when he posted a childhood picture of himself and his younger sister, Kate Hudson, with Bill.

Oliver discussed the infamous post with King, and said that it actually worked to open the door to communication with Bill.

“I had posted something that was darkly comedic and it blew up into something, and actually it helped us with our relationship," he shared. "So now we’re kind of keeping in touch."

Of course, this wasn't always the case. In 2015, Bill publicly disowned both Oliver and Kate in an interview with The Mail. "I say to them now, 'I set you free,'" Bill said at the time. "I had five birth children but I now consider myself a father of three. I no longer recognize Oliver and Kate as my own."

"I would ask them to stop using the Hudson name," he added. "They are no longer a part of my life. Oliver’s Instagram post was a malicious, vicious, premeditated attack. He is dead to me now. As is Kate. I am mourning their loss even though they are still walking this earth."

See photos of Oliver and Kate Hudson together:

"[His] issues ... are just something that he has to live with, and that must be painful for him," Kate said during her appearance on Sirus XM's The Howard Stern Show. "I forgive him."

And both Kate and Oliver have made it clear that they consider their dad to be their mother Goldie Hawn's longtime boyfriend, Kurt Russell.

"When you have a father like Kurt, whose sort of been there for the hard stuff ... He's not a perfect man," Hudson admitted to Stern, adding, "But the trust that I got from him in terms of his dependability was priceless for me."

Kate and Oliver Hudson's Biological Father Bill Hudson Disowns Them: They Are 'Dead to Me' Now