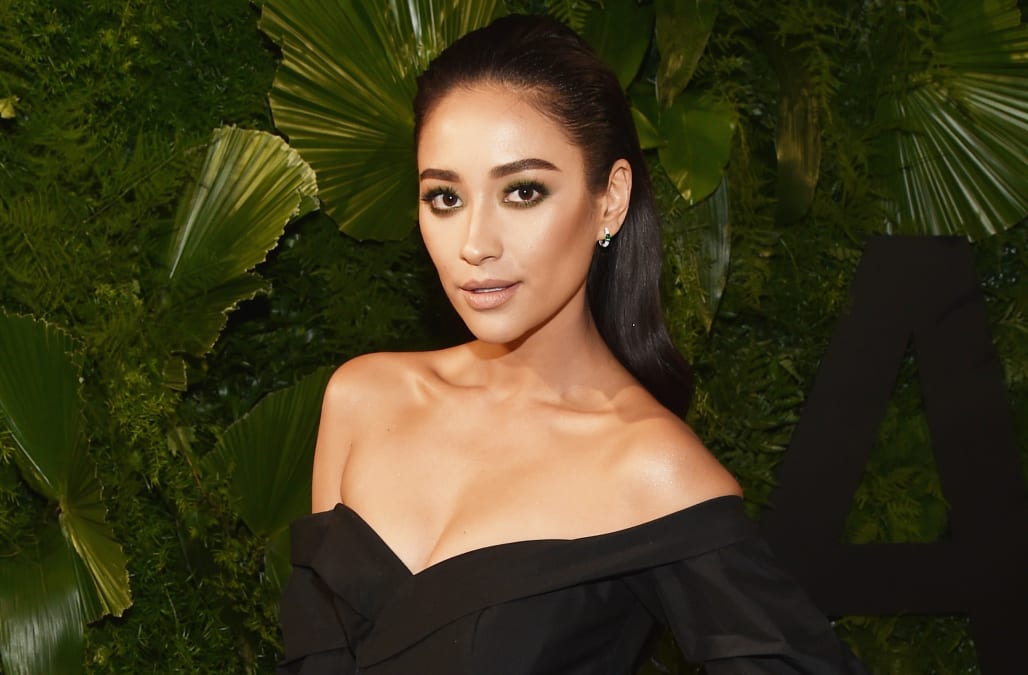 Can't keep track of Shay Mitchell? Neither can we!

Since wrapping "Pretty Little Liars" after seven long seasons, the actress has been seemingly traveling non-stop for her wildly popular Shaycation YouTube videos, which provide glossy, in-depth looks at her picturesque world travels. The videos routinely garner over 500,000 views from her loyal fans who follow her every move.

We recently caught up with Mitchell to talk all about her Shaycation series -- for which she collaborated with Royal Caribbean for a recent two-part installment -- including how she decides on her destinations, the work that goes into making these videos happen and how many suitcases she really brings with her on her trips.

Check out our full conversation with Shay Mitchell below.

48 PHOTOS
Shay Mitchell out and about
See Gallery

Shay Mitchell works out at the SoFit gym at the Sofitel Los Angeles to prepare for the first-ever Propel Co:Labs Fitness Festival. Fans and fitness fanatics, alike, will have the opportunity to work out alongside Shay during the two day festival in Los Angeles happening August 12-13.

You were recently named Royal Caribbean's first ever "Adventurist," which fits really well into your overall brand and increasing interest in travel.

It’s funny, because I’ve been cruising since I was a little girl, and it’s my parents’ favorite thing -- especially on Royal Caribbean ships. I even have a photo that I was showing to the team when we first started working together and was like, "Look, this is legit! I know more about cruises than most people because I’ve been on over 15!" It was an amazing way to see amazing places without having to spend money on airfare. There are so many activities, and this "Royal Shaycation" was two parts because there was so much to film. We had a blast. I brought my family and friends and there was always something for people to do.

How do you decide where to go for your Shaycation videos? Do you have a list of places you want to go or do people reach out to you to try to get you to go to certain locations?

Sometimes I’ll pick a place and then reach out, but otherwise -- most recently for my Shaycation India -- I was doing a photo shoot there already, so I just extended the trip a little longer and brought my camera guy to shoot one. Sometimes I’ll piggyback off of other jobs or tourism boards will reach out, but it’s always a place that I want to go to. I have to be excited about it, and there has to be a cultural element to it.

And I feel like the locations that you're personally most excited for make for the best videos. Do find that?

Absolutely, 100 percent. I was so passionate about showing India to people. I’m not doing it like, "Oh, my God! You have to go!" It’s more about what what I experience, and what I want to show you about that experience.

Be honest, how many suitcases do you normally travel with?

Two suitcases! [Laughs] I check them, and I have a list of what I need to bring. I only brought more than two suitcases when I was shooting in New York for, like, three months, and I definitely overpacked. I want to always feel comfortable, so I guess my biggest faux pas or flaw is that I’m the worst when I come to traveling light.

You're also a major foodie, so food plays a major role in these trips, too.

Yes! To be honest, the other thing that I love so much about cruising is the food. I went on Oasis of the Seas, and they have an Italian restaurant, a steak restaurant, sushi and even a Johnny Rockets. I felt so at home, but also got to experience all of these different restaurants without having to go far. It’s dangerous, but they also have workout facilities and activities, which gave me balance.

Even just judging by how my friends tend to travel, cruising doesn't feel like it's top of mind for many millennials when they're thinking about vacations to go on. Is there a misconception among our generation about cruises?

I think there’s a huge misconception, thinking that cruises are for an older demographic and that there isn’t that much to do on a ship. I have to tell you, I can’t think of any other hotel on land that had this many activities. Tell me where you can zip-line, rock climb, ice skate, jump from a high dive, go shopping and eat [all in the same place]. There are so many activities! Especially for millennials, this Perfect Day at CocoCay is something that will be really great. You don’t have to do a 7-day cruise! There are shorter options, but I’m really trying to motivate people to experience these trips.

You seem to travel a lot. How many days out of the year are you traveling?

Oh, my God, I haven’t even added that up! But, you know what? Every single month I go somewhere. I just went to Qatar, and that was a 16-hour flight. That seems to normal to me now. [Laughs] I literally have a schedule for what I do. I slept for most of that one, but I feel alive when I go to a place that I’ve never been to before. I love being submerged in a culture that I haven’t experienced, and it makes you realize how small we really are when come back. It’s like, "Oh, my little problem is nothing!" I always love the perspective that traveling gives me.

Isn't traveling that much exhausting, though? Do you ever wish you could just stay put at home for two months?

It makes me just appreciate the times where I am home. I appreciate being home so much more because I’m always on the road, but, like I said, I think it’s more about a mind frame. I love hotels! I love my own bed! But home is wherever I am and wherever you make it. If I’m away, maybe there are certain things I miss, but I know I’m coming back to them. I really do want to live in the moment of where I am.

Is there an ugly truth to making YouTube videos?

Absolutely. The most frustrating thing for me -- and I’ll be honest -- is some people say, "Another trip?!" It’s like, "Have you seen my last Shaycation video? Because it looked like a movie!" I’m proud to say that because I worked my ass off, as my team did. And there’s not a huge team! I have three people that are working on this. We are making this out of our true love and passion for travel. We’re doing this to share the experiences with the fans, and we really do put our hearts and souls into it, so I love when people appreciate it. I’m putting a lot of thought and effort into this -- there’s nobody else doing this for me. Whether it’s writing down the voiceovers to go with the videos or getting stories from local people, it’s all of that that I really do care so much about. I want people to know that it’s work! We’re shooting 14 hours on some occasions.

You have some projects coming up, but do you ever feel pressure from fans to go fully back into acting?

I actually didn’t, because right after we wrapped “PLL,” I went to Boston and I shot my first movie -- a horror film [called "Cadaver"] coming out later this year, so I got my acting out. Then I got to do a really awesome piece with Penn Badgley on Lifetime, which was so much fun. I’m still dabbling in acting and I love it, but I have to follow what my heart wants, but that doesn’t mean that I’m leaving acting behind. I think I can play the line on both sides.

More from AOL.com:
Ciara explains the 'mission' behind her latest chapter as a businesswoman
'To Rome For Love': Former Food Network star Gina Neely returns to the spotlight after divorce happier than ever
'The Royals': Elizabeth Hurley, William Moseley and Alexandra Park tease 'mischief' of season 4