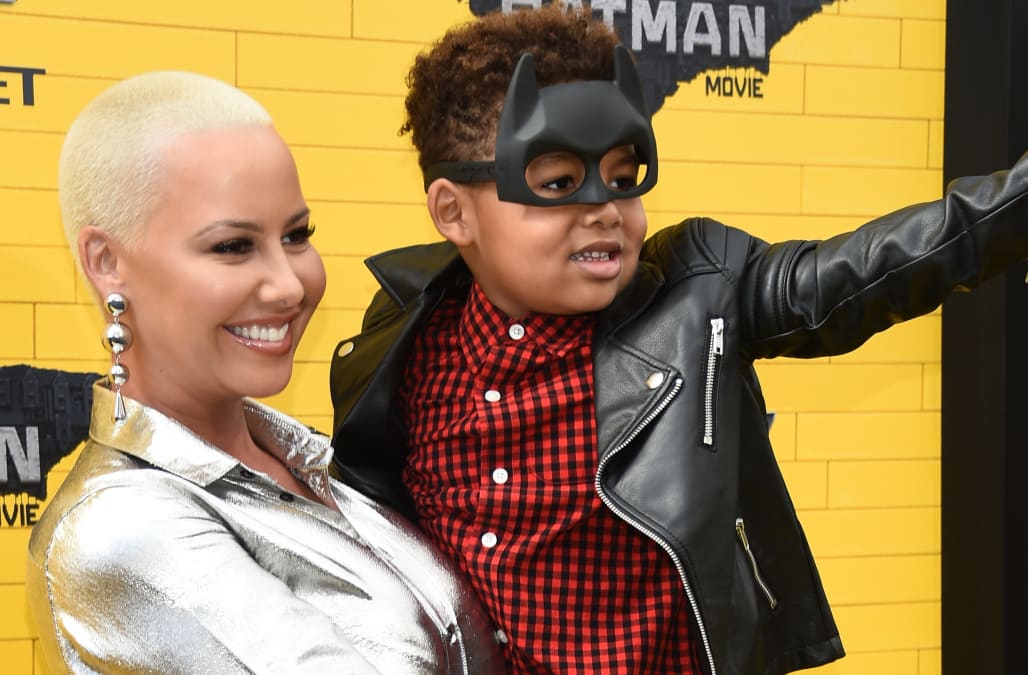 The “Look What You Made Me Do” singer sent Amber Rose and her son, Sebastian, tickets to go see one of her concerts, in a personalized VIP box.

“Taylor Swift sent that to you!” Rose told Sebastian as she handed him the large box with the Reputation album cover on it.

“Really? For real?” he asked, opening up the package.

Inside was a handwritten note from Swift and concert tickets.

“Oh my gosh, she sent me a letter!” Sebastian says, holding up the note.

Rose later shared a shot of the inside of the box on Instagram Stories, writing, “You made my baby very happy @taylorswift.” The box is one of Swift’s VIP invites that ET got a special sneak peek look at earlier this month.

Swift’s Reputation stadium tour kicks off its North American leg in May. She will be traveling the globe through November.

Swift and Rose do have one common link – their on-going feuds with Kanye West and the Kardashians. Rose previously dated West and is a close friend of Blac Chyna. She has been very candid in the past about her beef with the rapper and his wife’s famous family. Swift, of course, had a very public feud with West, much of which has inspired songs on Reputation.

RELATED: Amber Rose out and about through the years

More from ET Online:
Bella Thorne gets candid about being slut-shamed for her clothing and lifestyle choices (exclusive)
Hilary Swank opens up about taking 3-year hiatus from acting to take care of ailing father
Kim Kardashian flaunts her toned abs in skintight sports bra while visiting Kanye West: Pic!