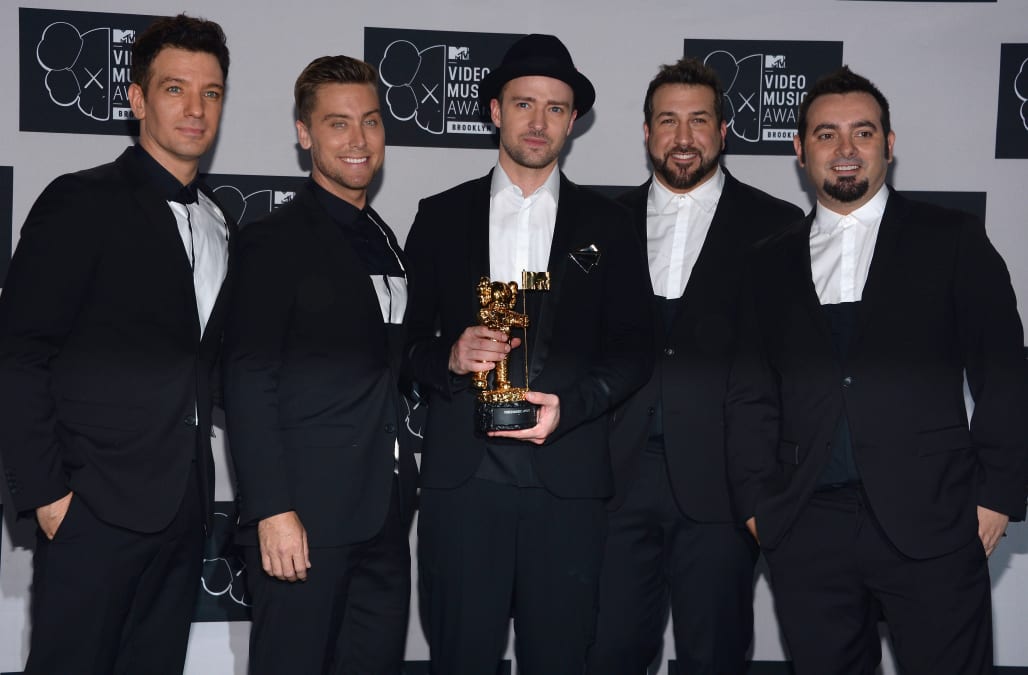 On April 30, iconic ‘90s boy band *NSYNC will be honored for their achievements with a star on the Hollywood Walk of Fame.

All five members of the best-selling group  -- Justin Timberlake, JC Chasez, Joey Fatone, Lance Bass, and Chris Kirkpatrick -- will reunite, as their collective star is unveiled at 7080 Hollywood Boulevard. The Celebrity performers will be in good company among other legendary boy bands, including New Edition, and New Kids on the Block.

Monday, April 30 at 11:30am #walkoffamepic.twitter.com/JyQjIpLB2C

Reunion rumors have abounded since the group split in 2002. Prior to the announcement of their star, Bass joked on Twitter that fans could call the star ceremony a reunion -- but not to get hopes up for any new music.

The Hollywood Walk of Fame ceremony coincides with the 20-year anniversary of the American release of *NSYNC’s self-titled debut album, which featured the TRL-era classics "I Want You Back" and "Tearin’ Up My Heart."

The public event will begin at 11:30 PT. For those unable to make it to Hollywood, the ceremony will stream live on the Walk of Fame’s website.

We're not sure what's more jolting, Lace and Justin's semi-matching pants or Joey's plaid suit with a leopard print jacket...

Our eyes! Back in the late '90s, we thought we were blinded by their cuteness, but turns out it might've been those shiny jackets.
Baby-faced Brit poses with the boys, and we love it!
Look at those sultry stares! Did they realize they were staring straight into our souls?
Sometimes things got a little weird (sweet cornrows, JT).
Not ashamed to say we got one of those marionettes for Christmas.
As if we needed another reason to love them! Add puppies to the mix and the fact that they care about animals, and we're beyond in love.
Remember when this happened?
And that one time Joey played with a tiger cub?
Chris knew Kris Jenner back when Getty only referred to her as Kathy Lee Gifford's "friend."
Welp, it was the Grammys. But guys... seriously?
There's JT, getting all sultry on us.
This one time, JC wore a two-tone snakeskin jacket.  It's okay though, we still loved him.

And Lance clearly had a great time channeling his inner 5 year-old at the Challenge for Children charity event they group held.

Hello, glamour shot! Loving the denim theme (background/floor included).
Time to sit for a slow song... a.k.a. melt every girl's heart.
The boys pose up high in London, matching in blues and greens.
Cue the creepiness: here they stand with their wax figures at Madame Tussaud's in New York. We must say JC and Lance's figures are right on.
Cleaning up in all black, the guys look pretty great. Except, JC PLEASE cut your hair!
Phew, that's better! They're a little squinty, but they look casual-cool.
Up Next