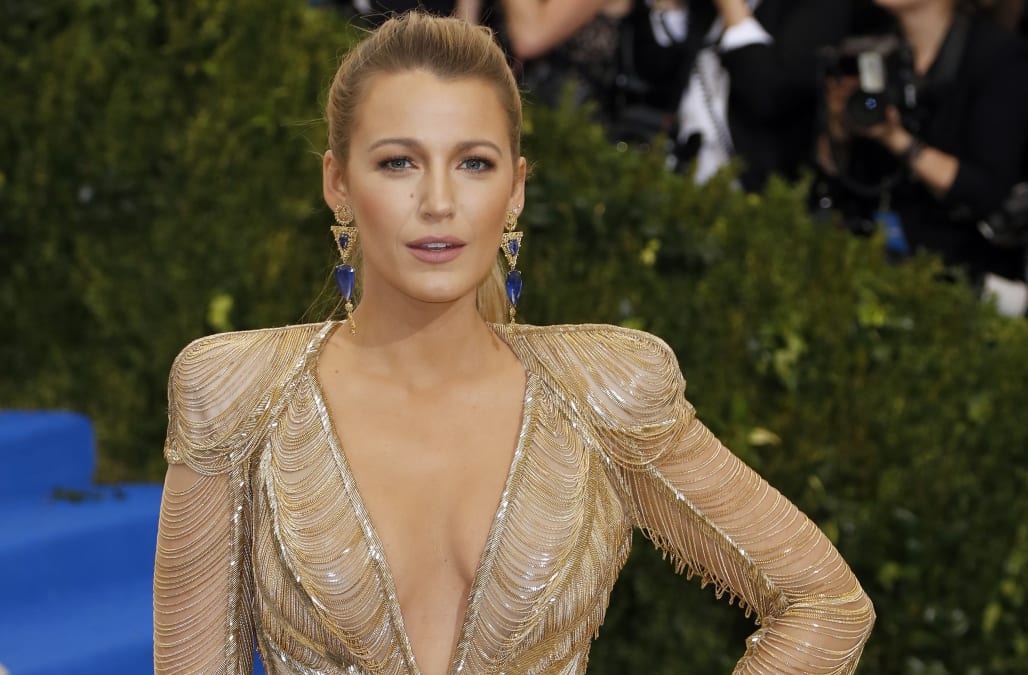 Blake Lively is living it up at Disneyland!

On Thursday, the 30-year-old actress shared a few photos of herself on Instagram Stories, clearly enjoying herself at the happiest place on Earth. In one hilarious photo, Blake posed with three Disney princesses -- Ariel from The Little Mermaid, Snow White and Cinderella -- and offered up her services to the theme park.

"Disneyland this is my official submission," she wrote alongside the cute snap. "Will work for minimum wage. Happy to be The Beast. Your move ... "

In another photo, Blake and her older sister, actress Robyn Lively, hold hands while riding a roller coaster.

"Disneyland, can I please move in? Thanks," the Shallows actress joked.

The Lively sisters have been spending plenty of quality time together recently. On Tuesday, the two attended the Lorraine Schwartz Eye Bangles Collection launch at Delilah in West Hollywood, California, alongside their mother, Elaine. While at the event, Robyn gave ET an update on Blake following her on-set injury.

In December, Blake hurt her hand while filming The Rhythm Section, and a month later it was reported that production on the British-American spy thriller had been suspended indefinitely. On Tuesday night, Blake was sporting a black bandage on her right hand.

Blake Lively looking like Disney princesses
Blake channeled Aurora at the 2016 Met Gala in this show-stopping pink gown by Burberry.
Apple of our eyes! Blake looked just as happy-go-lucky as Snow White while out in June 2016 in Manhattan.
Blake's stunning blue gown at the 2016 Cannes Film Festival landed her on every best dressed list -- and we have a feeling she still looked just as beautiful past midnight.
Who wouldn't dream of wearing this number? Blake was a modern-day Ariel in this wedding-friendly ballgown.
She let down her hair! Blake could play a live-action Rapunzel with her flowing blonde locks -- especially in this nude and lavender long-sleeved dress.
We'd all kill for Blake Lively's legs, but nobody is more jealous of her stems than Ariel.
The auburn hair screams "Little Mermaid," but this jeweled teal look at the Time 100 Gala landed Blake in total Jasmine territory.
Up Next