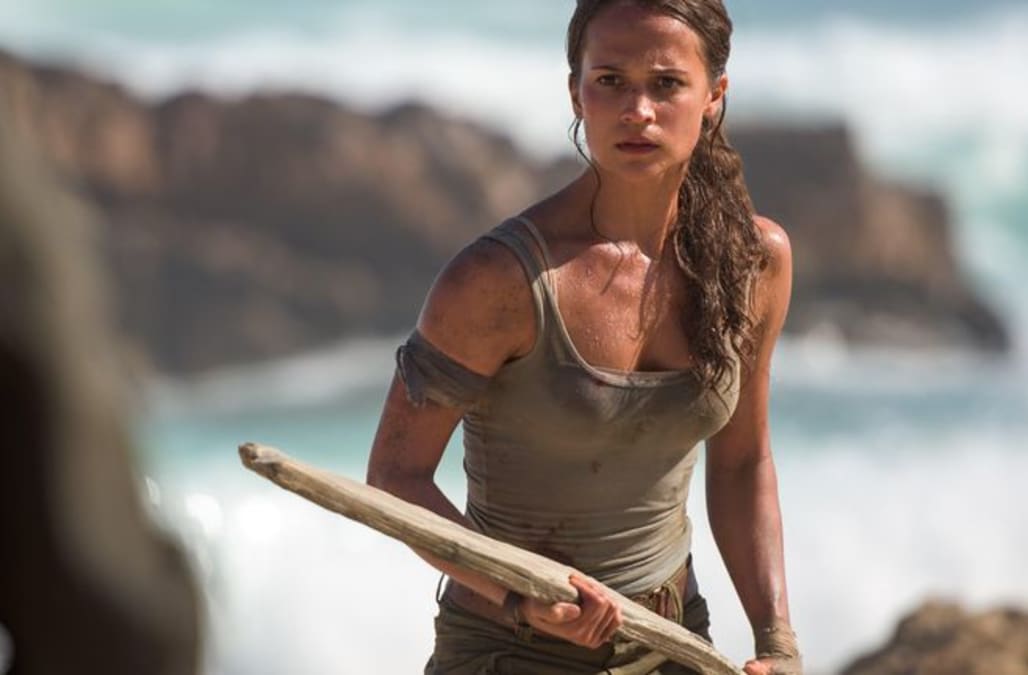 Alicia Vikander steps into the spelunking shoes of famous video game heroine Lara Croft when Tomb Raider opens this weekend. A reboot that’s divorced from the character’s two prior big-screen outings — 2001’s Lara Croft: Tomb Raider, and 2003’s Lara Croft: Tomb Raider — The Cradle of Life, both of which starred Angelina Jolie in the role — the film will seek to establish the Oscar winner as a viable action star. Although on the eve of its domestic release, it’s now come under sexist attack, and the Internet is most definitely not letting it slide.

I guess I do. Sorry. pic.twitter.com/5CsXwYFjBb

Following that ugliness, Philly Voice critic Jerome Maida then included the following passage in his review of the film — which, apparently, has since been deleted from the piece (likely over vocal online objections).

There’s no doubt that Vikander’s embodiment of Croft is less cartoonishly busty than the one found in the original video games. On The Graham Norton Show last month, the actress, who packed on 12 pounds of muscle for the role, herself even admitted that one of the main differences between her version and her predecessors is that, “My breasts are not as pointy as the first Lara!”

Nonetheless, her Tomb Raider look is hardly out of sync with Lara’s game counterparts, since she very closely resembles the more athletic, and less exaggerated, Croft found in the 2013 reboot series. And regardless, such criticisms — which are in line with the complaints that met Gal Gadot’s casting as Wonder Woman — reek of outright misogynistic body-shaming, and were thus greeted with a heated response from online fans:

Men / critics who are crying after Lara Croft's huge boobs prove two things.
One, they have no idea about the new rebooted Tomb Raider series.
Two, they need big boobies on screen since they apparently have no access to boobs in real life.

you also have the option to not be trash

Dear fanboys, if you’ve never played this game and have no interest in doing so, quit whining about Lara/Vikander’s boobs. Your opinion is not valid nor wanted. #TombRaiderpic.twitter.com/g4cbikMcVG