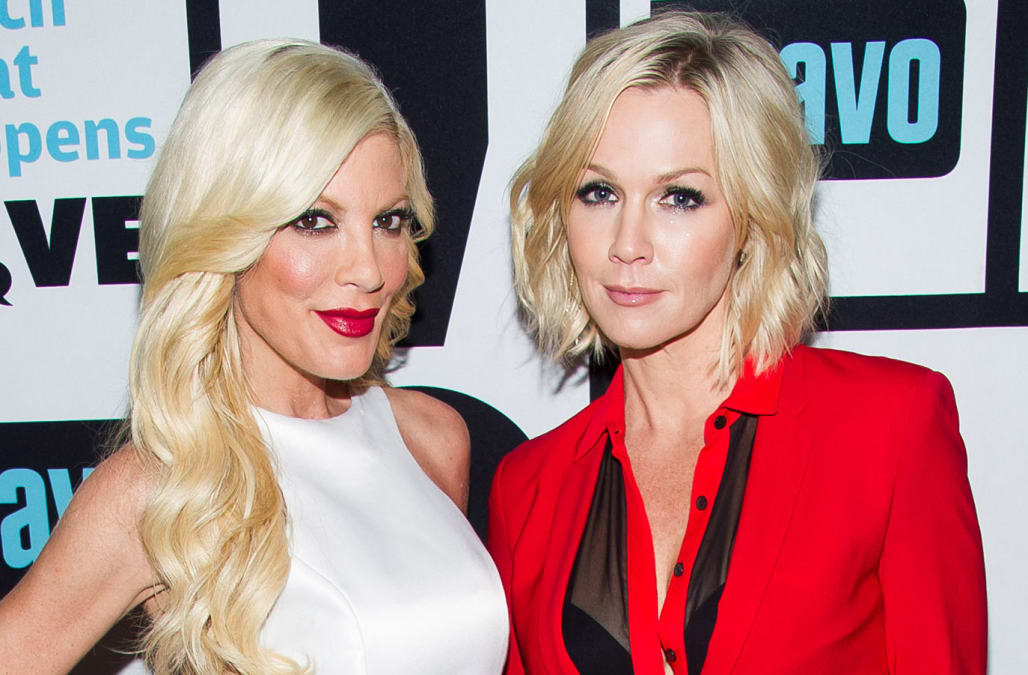 Tori Spelling is ready to get back to work!

ET can confirm that Spelling and Garth -- who played  Donna Martin and Kelly Taylor on the hit FOX teen drama in the 90s -- are working on a project that is in the early stages of development.

Spelling teased her production meeting with Garth when she took to Instagram on Saturday, sharing a selfie from the CBS Studio Center lot in Studio City, California, as she rode around in a golf cart.

While Spelling gave no additional information about what she and Garth have up their sleeves, she did post an inspirational message on her Instagram Story.

Earlier this week, Spelling's husband, Dean McDermott, called the police to check on her well-being.

A spokesperson for the Ventura County Sheriff’s Department confirmed to ET that police were called to do a welfare check on Spelling on Wednesday morning at a location in Thousand Oaks, California.

“We were asked to check on her well-being," the spokesperson stated, adding that McDermott was the one to make the call. "Deputies went out to talk to her briefly and determined she was fine.”

Spelling's wellness check comes after police were called to her Woodland Hills, California, home last Thursday after receiving a "mental illness" call, which a source told ET was a "huge wake-up call" for the 44-year-old actress that she needs to focus more on her health.