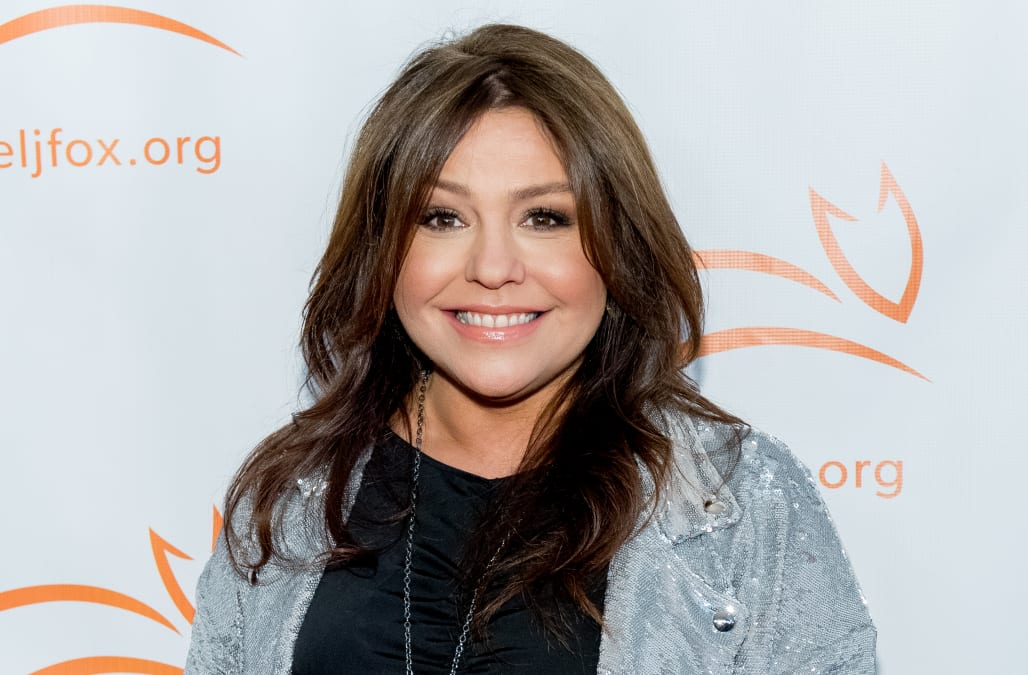 One of the hottest parties at Austin, Texas’s annual South by Southwest festival is celebrity chef Rachael Ray’s 3,000-capacity Feedback party, now in its 11th year, where the food is probably just as much a draw as the music. This year’s eats include Frank ’n’ Refried Beans, Pimiento Cheese Dogs, Serious Three-Meat Sloppy Joes, and Lil’ Veg-Head Corn Dogs. But when asked if her Feedback menu this year will include any “Lemonade,” Ray chuckles.

“I thought that was hilarious. I guess I looked at that as the most ultimate backward compliment — just the idea that anybody would think that I groove in a universe where I get to hang out with Jay-Z or Beyoncé or all that. To me it was like, ‘People think I’m cool enough to go to places where any of this would happen?’ It was so funny to me.”

Ray is referring to a bizarre yet amusing incident two years ago, when it was rumored that fashion designer Rachel Roy was “Becky With the Good Hair” — aka the other woman, presumably Jay-Z’s mistress, mentioned on Beyoncé’s Lemonade track “Sorry.” Particularly aggressive Bey fans mistook Ray for Roy and relentlessly attacked her on social media. Ray laughed it off — “the worst thing that had ever happened to [me and Roy] before this was that our dry-cleaning or our dinner reservations were confused!” she says — and even sent over a bottle of wine to Roy in an act of solidarity.

“I just felt weird, and [Roy] was the only one of them that I know of the people that were involved in the whole thing, so I said, ‘I’m so sorry I’m a part of this,’” recalls Ray. “Not judging any of what was going on within it. … I do not spend my time gossiping about people, because if I don’t sleep with you, and if I’m not related to you, then I truly don’t care how you live your life. I think it matters to the universe, but it certainly doesn’t matter to me. It’s none of my beeswax. No pun intended!”

14 PHOTOS
Rachael Ray out and about
See Gallery

Being trolled by thousands of Beyhive members would rattle most people, but the perpetually cheery lifestyle guru says, “When a weird anomaly comes along like the Lemonade thing, I guess I’m weirdly prepared for it.” Like anyone in the public eye, Ray has always had her haters, but she shrugs, “It doesn’t bother me anymore. It used to hurt my feelings. I used to go home and say, ‘Wow, maybe they’re right. Maybe I should really feel bad about myself.'” But she ditched that mindset, and over time she has won over her naysayers with hard work and an unflappable sunny attitude.

“I feel bad if anybody’s spewing hate anywhere. There’s just so little time on the planet; maybe we go around again, maybe we don’t. Why spend time putting negative energy out there? I believe if you put out negative, you will get negative ripples back; If you put out positive, hopefully you’ll get enough positive back to keep on going,” Ray explains. “Some of my most loyal television-watchers for years were literally in a website called ‘I Hate Rachael Ray.’ I never hated them back. Eventually they kind of came to say, ‘I guess we have to give up. OK, we kind of like her. OK, she’s not going away.’”

Ray recalls winning over one detractor, fellow famous chef Anthony Bourdain, after he wrote a nasty comment on his blog expressing dismay that she’d booked one of his favorite bands, glam-rock legends the New York Dolls, to play her 2009 SXSW Feedback event. “I don’t know whether to go out and shoot a puppy, or send Rachael a fruit basket. It just does me no good at all to think of Rachael as a Dolls fan,” he griped at the time. Ray turned this into a teachable moment for Bourdain.

“I’ve always loved Tony Bourdain. I think he’s cool as hell. I’ve read everything he’s written. Which is kind of weird, because he didn’t for years care for me too much at all. I was his jump-the-shark,” she says. “He would write about me from time to time, and not say lovely things. That’s fine, and it never bothered me, but I was asked about it continuously: ‘What about Tony Bourdain? He hates you so much!’”

So, after Bourdain made that snarky New York Dolls comment — but didn’t send his promised fruit basket — Ray “literally sent him a giant food basket from my friends at Agata & Valentina of snacks and fruits and things. The most giant basket ever! And he posted an open letter of public apology, that he had not given me many reasons to be kind back to him — an ‘OK, I guess I give up’ kind of thing. It was very sweet. I think that’s a great example of how you turn a table, and that’s important to me in life. Who knows how many tables you get to turn?”

Ray — who “fell in love with Austin 20 years ago; I got a girl-crush on the city” — admits that when she came up with the idea for Feedback years ago, she was worried if she’d be accepted by SXSW attendees, or if she’d catch similar flak. “I was petrified. Trying an event if you’re only known for being the girl who knows how to make dinner quick — an event that involves rock ‘n’ roll bands? Would people hate me for even being there? Would they be like, ‘What is Rachael Ray doing at a rock ‘n’ roll thing?’”

But ironically, while Ray may joke about not being “cool enough” to be a member of Jay-Z and Beyoncé’s inner circle, Feedback has become one of the coolest annual events at SXSW. The New York Dolls (whose Feedback set Ray says was “amazing”) are one of dozens of credible acts that have graced the party’s two stages; Blondie, De La Soul, the 1975, Anderson .Paak, Jimmy Cliff, George Clinton, Edward Sharpe & the Magnetic Zeroes, Wanda Jackson, Scott Weiland, Fitz & the Tantrums, Jenny Lewis, the Drums, the Bravery, She & Him, Jakob Dylan, and Green Day side-project Foxboro Hot Tubs have all performed. (Ray’s all-time favorite Feedback moment was Weezer’s closing set at last year’s bash.) So any SXSW-goers who once had doubts about Ray’s intentions, she says, “went and witnessed the event, had a good time, and some of them were like begrudgingly saying, ‘OK, it didn’t suck.’ And then some people were like, ‘Holy s***, this was terrific! This blew my mind!’”

Ray, a self-described “vinyl-file” and life-long music fan, says her mind was blown as well. “I’m just blown away that the bands that I respect so much want to come and play with us, legitimately. … The fact that I’ve been given this gift of access to artists, it makes me feel so humble.”

It’s Ray’s positive attitude — she calls it “mindfulness” — that drew her to Austin and keeps her coming back. “There was no ageism or sexism. I was so struck by how, in the middle of a very conservative state, there was this utopian empire of what it is to be an American, a city that celebrates individuality, small business, and an entrepreneurial spirit that keeps districts of the city weird,” she gushes. “That just stuck me as such a beautiful environment, that music and art of every kind was so important to Austin’s culture as a community and that they were such social beings.” And she hopes that Feedback guests visiting Austin this week hold onto those good vibes.

“I believe that a good time should not just be for the rich, and that every day should be an adventure, whether it’s trying a new spirit or a new dish, or turning left instead of right on your way home and finding a new alley or street,” she says. “Listening to music, not just on special occasions, but on a Thursday or a Tuesday. Life should be that for all of us. So, make every day like what it is to be an Austinite: a celebration of you being on the planet and really getting a 360 experience of what it is to be human, sharing food and music and a cocktail and great art all at the same time. It’s just poetic to me.”

No word yet if Beyoncé (or Becky, or Bourdain) will make a cameo at Feedback 2018 this Saturday, but the official artist lineup features Dr. Pepper’s Jaded Hearts Club Band (an all-star Beatles tribute act comprising Muse’s Matt Bellamy and members of Nine Inch Nails, the Zutons, Jet, and the Last Shadow Puppets), Salt-N-Pepa, Girl Talk, Kurt Vile, Albert Hammond Jr., and the Cringe (led by Ray’s rocker husband, John Cusimano, who also creates the party’s cocktail menu). A fabulous, mindful time will surely be had by all.

“Feedback is my Christmas,” Ray says excitedly. “It really is. It’s the thing I look most forward to.”