Teri Hatcher isn't homeless, so where has she been? 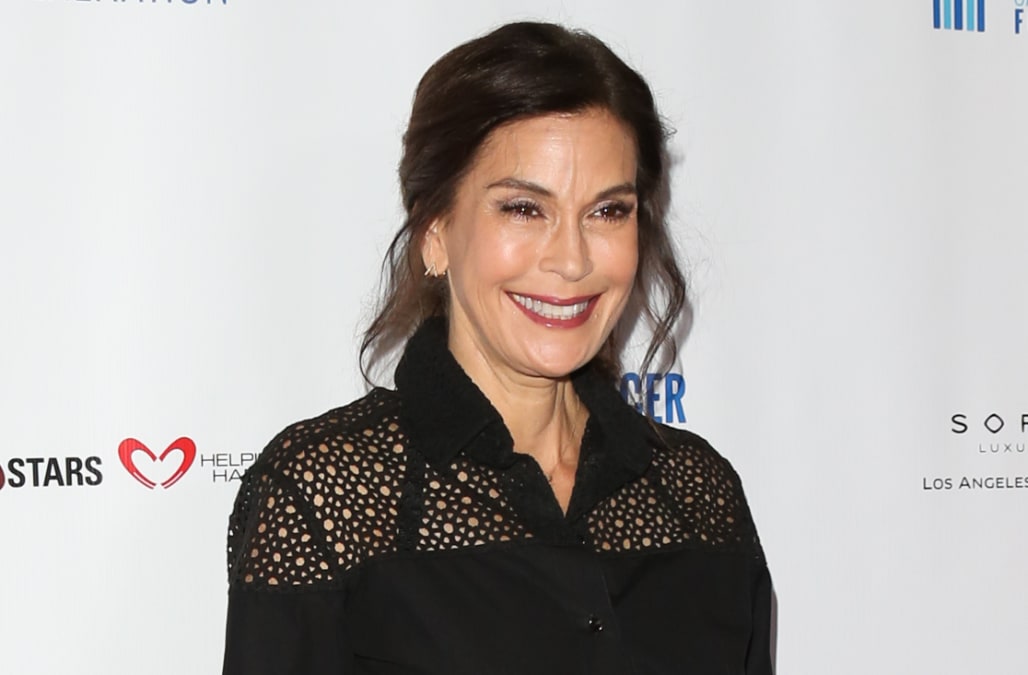 Teri Hatcher has come out swinging against a tabloid report claiming that she’s “homeless,” “living in a van,” and “suicidal,” describing it as “categorically not true.” OK, we got it. We know how tabloids work. But where the heck has Hatcher been?

A decade ago, the brunette TV star’s business was everyone’s business. Best known for Lois & Clark and her “They’re real and they’re spectacular” spot on Seinfeld, the actress, 53, was on one of the most popular shows on television, Desperate Housewives. She was making bank (the final season: $325,000 x 23 episodes = $7.45 million) andacceptance speeches. Her love life was making headlines.

But we saw the last of Wisteria Lane in 2012, and it kind of feels like it was the last we really saw of Hatcher. After guesting that year on the short-lived series Jane by Design, she began lending her voice to Jake and the Never Land Pirates — a Disney Junior animated show. In 2016, she started recurring as a neighbor in the fleeting Odd Couple reboot. And despite a reunion with Dean Cain, her 2017 appearances on Supergirl didn’t garner that much attention.

The days of Hatcher’s very public dinner dates (with George Clooney) and make-out sessions (with Ryan Seacrest) are behind her for a decidedly less public life. The mom of one is stingy with her red carpet commitments in a post-Housewives world, making just two last year, according to Getty Images. She made three public appearances in 2016 and none in 2015. What it seems Hatcher is doing — after a few years there where her life was out of control as the fame machine swept in — is controlling what the public sees of her. And where you’ll see her most isn’t on TV, but online. She’s very much around on social media. And last summer, she launched a YouTube show called Hatching Change in which she helps people make “positive changes” in their lives — through healthy eats and mindsets. Her daughter, Emerson, now 20, has been a guest on the low-budget production.

One segment on the web show is called “Van Therapy,” where she invites random people into her green Volkswagen van — a hippie’s dream — and talks to them about life. She’s explained in past shows that she finds the van a “comfort,” having owned it more than 20 years, and thought that in the uncertain times of today’s world, she could offer people a “place to chill,” where they could talk, and she could “help with their problems” — therapist style. (Sort of a screen version of that candidness you saw in her book Burnt Toast: And Other Philosophies of Life.)

And it was while she was shooting that show on location at a beach in L.A. recently that paparazzi snapped her photo, Hatcher said, and the tabloid Star contacted her reps saying they were running a story on how she’s “broke and homeless” and living in her van. On Thursday, International Women’s Day, Hatcher appeared on KTLA from London saying the story was a pack of lies. “It’s categorically false,” she said. “I am not broke. I have done very well investing my money. I am not homeless and I am not living out of my van… My lawyer and my publicist said, ‘Categorically not true, you can’t print that, she’s doing a YouTube show, that’s her van, she has many homes in many states all over the country. There’s nothing about this that’s true.’” She went on to say that she found the whole thing to be female-targeted bullying.

So what else has she been up to — besides trying to become a YouTube star and fighting back against the ‘razzi? Well, bringing her love of cooking (her Instagram feed is a foodstagramming paradise) to the tube in the U.K. She’s appearing on The Great Celebrity Bake Off for Stand Up to Cancer, which is a five-part charity series airing now — but only across the pond.

She’s exercising. While she’s not currently in primetime back here in the States, she’s definitely ready for it. She’s often working out — with Emerson, when she’s home from Brown University — and ran the New York City Marathon in 2014. (Note: Her daughter’s tuition at the Ivy League school could make Hatcher feel like she’s broke.)

She’s also cruising around L.A. in that van.

Sometimes with her kid. And sometimes they’re taking photos of each other on the side of the road in random spots like Harmony, Calif., which boasts a population of 18.

She’s spending time with her family, also including her parents. (She divorced second husband Jon Tenney in 2003.)

She’s spending time with her pets. She has a bunch. Dogs and cats.

And the woman doesn’t miss a chance to dress up for Halloween.

One thing she’d like to be doing is a Desperate Housewives reboot. On ITV’s Loose Women this week, she said that while she isn’t super close with her old co-stars — Eva Longoria, Marcia Cross, and Felicity Huffman, among others — she’s “supportive” of what they’re doing. And she’d love to see the gang back together, saying, “I’d be the first person [to return]. I never wanted it to be over. I love those characters.”