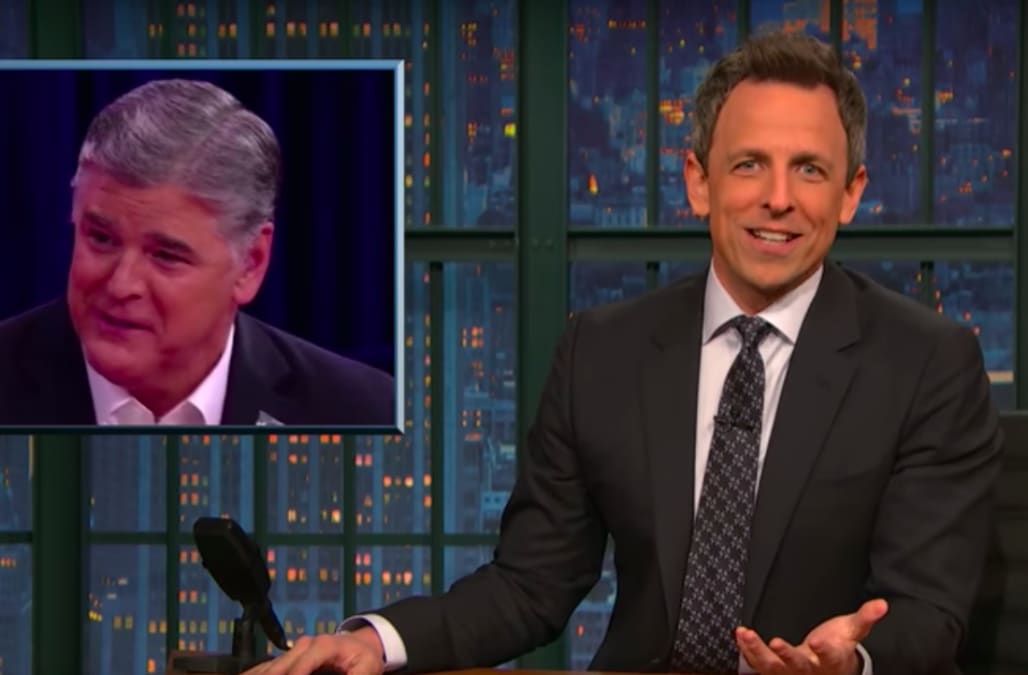 Seth Meyers dedicated an “A Closer Look” segment on “Late Night” Thursday to what may actually be the most important of the many developing stories coming out of the Trump Administration the last couple weeks: new reports about possible collusion between Trump, his associates and the Russian government. This segment included a video montage that you absolutely have to see

Special counsel Robert Mueller’s investigation is still going on, as we all know, and little scandalous details keep coming out day after day. Of particular note to Meyers on Thursday were reports about attempts by Trump surrogates to set up a secret back channel for talking to the Russians after the election in 2016, such as when Blackwater founder and Trump transition adviser Erik Prince held a secret meeting in a Seychelles with a rep from the Kremlin.

“Now we don’t know what became of all these attempts to set up a secret back channel, but earlier this week we learned more about what exactly the Kremlin may have wanted from the Trump team when the New Yorker published a blockbuster story about ex-British spy Christopher Steele,” Meyers said. “He’s the guy who wrote that infamous dossier about Trump’s alleged ties to Russia, the one that contained those salacious rumors about Trump.”

The big rumor, of course, was that during a visit to Moscow, Trump ordered some hookers and had them urinate on his bed — and that the Russians were using this event as blackmail against Trump. That portion of the dossier gave rise to much commentary and many jokes about what is commonly referred to as the “pee tape.” And the pee tape is what Meyers is referring to here.

“Now, I can’t tell you about those rumors because they are unverified. But I don’t need to because as we’ve documented on this show before, Trump wingman and Fox News host Sean Hannity is all too happy, for some reason, to repeat the details of this embarrassing allegation over and over again on his show. And with the Steele dossier back in the news, Trump supporter Sean Hannity is at it again,” Meyers said.

At that point Meyers cued up a video montage of Hannity referring to the golden shower story repeatedly from July 2017 to last week. The video team at “Late Night” once again proved their greatness.

“The only way you could do more to advertise this story is if you took out three billboards,” Meyers joked to conclude this portion of the segment.

You can watch the entirety of Thursday’s “A Closer Look” segment in the video embedded at the top of the post, but if you’re just looking for the amazing Hannity montage, I’ve added an embed below that is cued up to the moment, about six minutes and 40 seconds in.