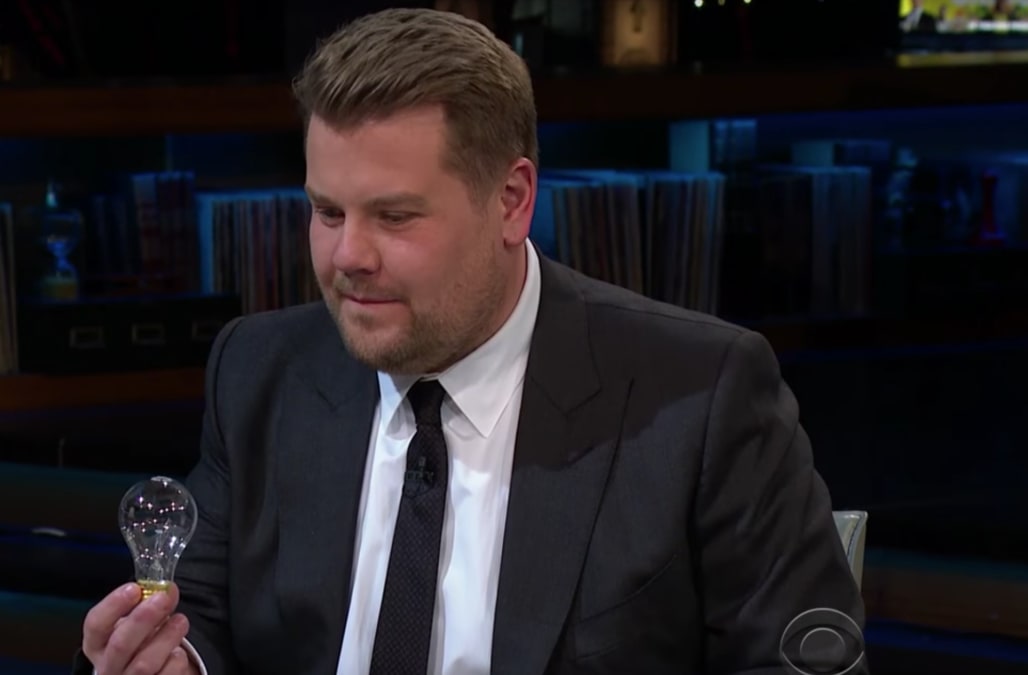 America, meet Derren Brown: The British mind-reader is remarkable, and he’s poised to take over the States. Brown’s attempt at Western domination started with countryman James Corden, who invited the psychological illusionist onto the “Late Late Show” Thursday to read his mind — and to blow ours.

Brown and Corden sat at a table with a lightbulb, some green apple and a hammer. The CBS guest than made his host smash the bulb and eat it, while the former read the latter’s mind.

Shortly after Corden nailed the bulb, Brown nailed the task. It was the most amazing version of 20 questions you’ll ever see.

No magic here, Brown insists. We beg to differ.

Watch the video above, and catch Brown’s special “The Push” on Netflix.

Fingers crossed dude brings his show to New York City in the fall, which is the plan.