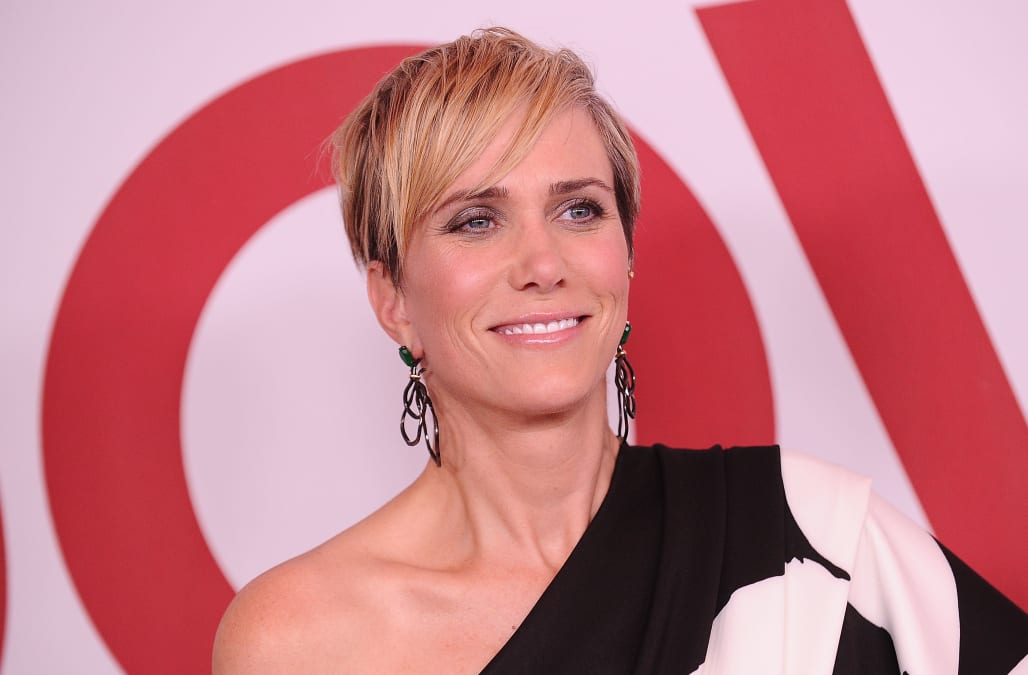 Kristen Wiig is going up against Gal Gadot!

On Friday morning, Wonder Woman director Patty Jenkins announced that the Saturday Night Live alum will have a big part in the highly anticipated sequel.

"So excited to confirm the most thrilling news. Yes! It’s true! So incredibly lucky to welcome the sensationally talented Kristen Wiig to our Wonder Woman family," Jenkins tweeted. "Can't wait to finally work with one of my favorites. And SO excited by what we have planned. #Cheetah!!! @GalGadot."

Wiig, 44, is to portray Wonder Woman's villain, Cheetah. According to the DC comics, Cheetah was created by Doctor Psycho to battle the superhero, and is one of her most persistent adversaries.

So excited to confirm the most thrilling news. Yes! It’s true! So incredibly lucky to welcome the sensationally talented Kristen Wiig to our Wonder Woman family. Can't wait to finally work with one of my favorites. And SO excited by what we have planned. #Cheetah!!! @GalGadotpic.twitter.com/Gn0jICiIAH

In January, Jenkins and Gadot, who plays the fierce female superhero, spoke exclusively to ET about what fans can expect from the sequel, which isn't scheduled to hit theaters until some time next year.

“We’re actually making a totally different film with a lot of the same, similar like things that we love, but it’s its own movie completely, so it’s not ‘two’ to us,” Jenkins explained. “It’s an entirely new adventure together that we couldn’t be luckier [to do].”

As for whether Lynda Carter, who played Wonder Woman in the TV series, will be making a cameo in the second movie, the 46-year-old director teased, "We’ll see. Lynda is one of the dearest people to us, has been a great mentor and dear friend. And we actually desperately tried to get her in the first one and we had the scheduling that couldn’t work, so she’s always been a part of our Wonder Woman family. We won’t say anything yet, but we certainly—there’s no lack of trying.”

Sterling K. Brown Wants to Work With 'Wonder Woman's' Patty Jenkins: 'That Would Be Exciting' (Exclusive)