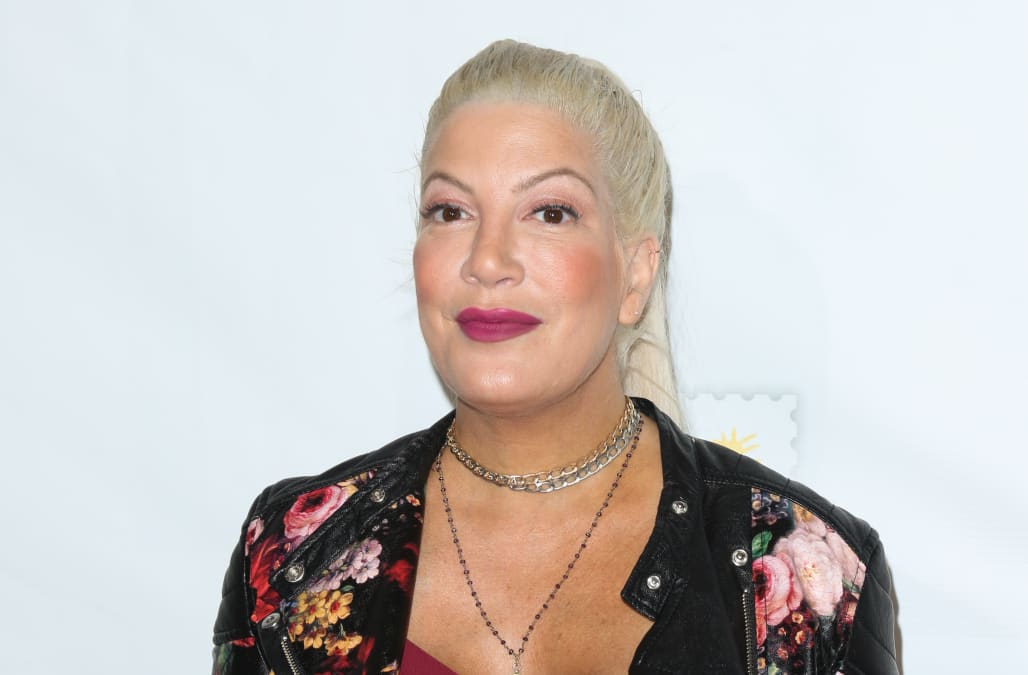 The weekend should have been joyous. Beau — the youngest of Tori Spelling and Dean McDermott’s five children — was set to turn 1 on March 2, and his crew was looking forward to celebrating. But as Us previously reported, at 7:17 a.m. the day before his birthday, police sirens blasted through the morning air as they raced to the family’s Woodland Hills, Los Angeles, home, responding to a 9-1-1 call for a female with possible mental illness.

Spelling wasn’t transported to the hospital that day — but it’s little comfort for those closest to the reality star, who fear she’s on the cusp of a breakdown. “Her friends and family are all very, very worried,” an insider says in the new issue of Us Weekly.

With good reason. The 44-year-old is raising five children under the age of 11 — Liam, 11, Stella, 9, Hattie, 6, Finn, 5, and Beau — while facing narrowing career prospects and fighting with an underemployed husband who was busted having an affair in 2013. “You would think the cheating, money problems and constant arguing would be enough for Tori to decide to divorce Dean, but she refuses to even discuss it,” says the source.

Spelling left her first husband, actor Charlie Shanian, for McDermott, 51, just 15 months after their lavish $1 million 2004 vows. “Tori believes a divorce would label her as a failure,” explains the insider.

Most of her arguments with McDermott come down to cash, says the insider. “They are heavily in debt” — and have moved eight times in the past seven years. “Tori has had enough of Dean’s moaning about not being a working actor and is demanding he get a real job to support their family.” But the onetime Chopped Canada host “will start a cooking school or take up another professional hobby, then give it up.”

Meanwhile, Spelling is left to pick up the slack. And when she can’t, she turns to mom Candy, 72. “Candy pays for all of the kids’ expenses,” says the insider.

Shockingly, adds the source, Spelling has “discussed having a sixth child” — even though she nearly died of placenta previa during her pregnancy with Finn. It leaves her pals even more worried. “She is more concerned with perception than her own relationship,” says the source. “It’s just very sad.”

For more on Spelling’s behind-the-scenes troubles, pick up the newest issue of Us Weekly — on stands now.