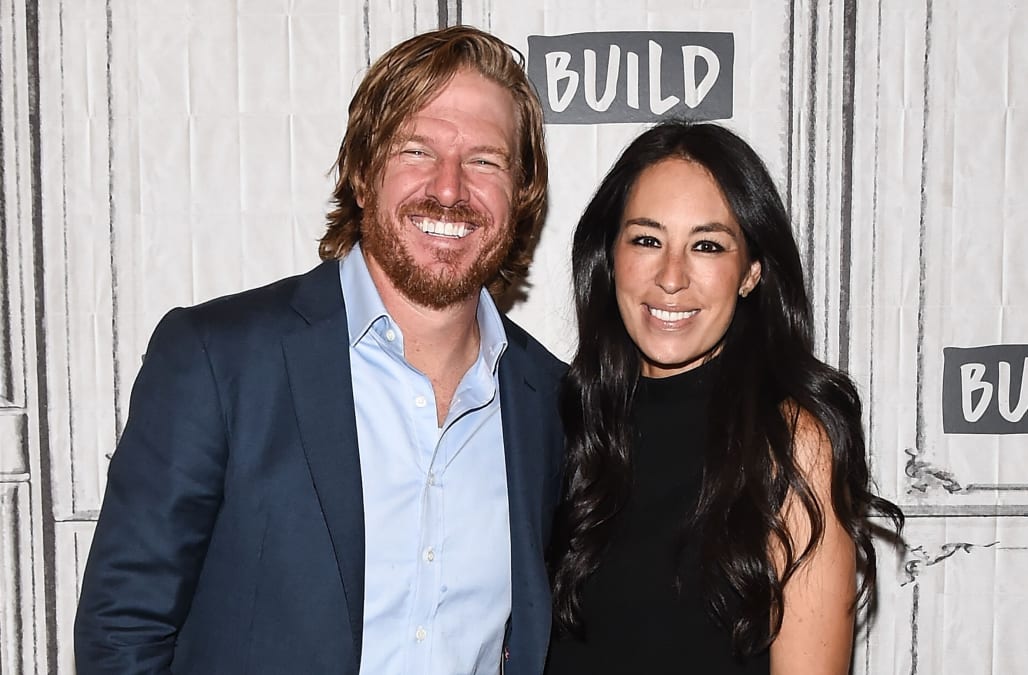 Chip and Joanna Gaines better buy some blue paint! The Fixer Upper couple just revealed the sex of their fifth baby — a boy! Chip, 43, shared the news in a video on Twitter on Wednesday, March 7.

“Alright, alright … if we’re going to announce the gender of our #5th child. It might as well come from my new friend #Gage! Take it away my man. @tebowfoundation,” Chip wrote, retweeting a video of his interaction with a little boy who they met at the Tim Tebow Foundation’s golf weekend.

“We’re just about to have another little baby, because Uncle Chip lost his mind … I can’t think of a ‘D’ name. Can you help me think of a ‘D’ name?” Chip asks, before revealing the couple is expecting a boy. “Is that a secret? I don’t know, that might not even be allowed on Twitter. It’s a little boy and I need a ‘D’ name and so far, all I could come up with was Dragon, and she’s like, ’You are not calling that baby Dragon!’ Can you help me?”

Joanna, 39, who’s already mom of Drake, 12, Ella, 11, Duke, 9, and Emmie Kay, 7, shared a photo from the weekend celebration, showing off her growing baby bump, while posing with her husband.

See photos of Chip and Joanna Gaines together:

The HGTV couple announced IN JANUARY that they ARE expecting [in January,] CUT when he posted a photo of his wife’s growing bump. “You might recall a few months back.. the ever amazing, ever romantic @JOHNNYSWIM was in Waco. And they put on a little too romantic of a concert.. anyways, one thing led to another, & we are officially pregnant. And I could not be more EXCITED! #5 #7ThePerfectNumber,” he tweeted at the time.

She also shared a video on Instagram of the sonogram. “Chip swears he can already tell it’s a boy. Look at the little heartbeat,” Joanna captioned the video.

Celeb Moms and Their Pregnancy Cravings

More from Us Magazine:
Kendall Jenner reportedly hospitalized before Oscars: Find out why
Henry Cavill has hilarious response to death hoax
Joanna Gaines shows off baby bump with husband Chip