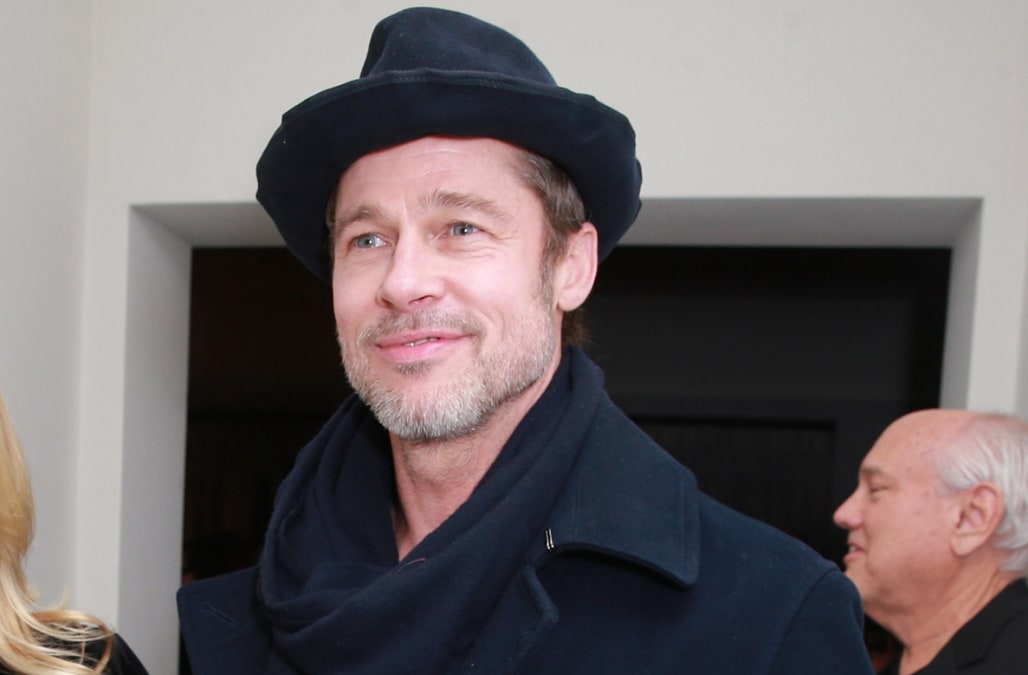 Brad Pitt was out and about on Thursday night.

The 54-year-old actor attended the Gersh Oscar Party at Chateau Marmont in Los Angeles, California, and was joined by his manager, Cynthia Pett-Dante.

Pitt seemed in good spirits as he posed for a photo wearing an all-black winter ensemble that included a trendy hat. He's also sporting a bit of salt-and-pepper stubble these days.

Brad Pitt made a surprise appearance at the Gersh Oscar Party at Chateau Marmont.

Michael B. Jordan rocked a Piaget watch as he attended Piaget Celebrates Independent Film with The Art of Elysium at Chateau Marmont.

Quite an outfit! Style risk-takers Zendaya and Tracee Ellis Ross hung out at Vanity Fair and Lancome Paris Toast Women.

Bulleit Bourbon honored Chadwick Boseman with a customized engraved bottle for his contributions to the modern cultural frontier at the 2018 Film Independent Spirit Awards.
Actress Jaime King was among the celebrities in attendance at the Colgate® Optic White® Beauty Lab on March 3, 2018 in Los Angeles, California.
Up Next

This marks Pitt's first public appearance since his ex-wife, Jennifer Aniston, announced her split from husband Justin Theroux after two years of marriage.

After it was revealed that they were both single, fans immediately started to speculate as to whether Aniston and Pitt could rekindle their romance.

While a source tells ET, "you can't predict the future," the source also says that the exes are "absolutely not together," despite the social media frenzy.

“They have each other’s cell phone numbers and communicate from time to time. [However], this is nothing new. Jen and him [Brad] have remained friendly," says the source, noting that Pitt and Aniston have stayed in touch since their split in 2005.

That being said, a source did tell ET in January that Pitt has gone on several "casual dates" since his split from wife Angelina Jolie in September 2016, but "none of them have evolved into anything serious."

Jennifer Aniston and Brad Pitt Are Both Single and Fans Are Freaking Out!

Kate Hudson Responds to Brad Pitt Dating Rumors: ‘I Kind of Liked It’