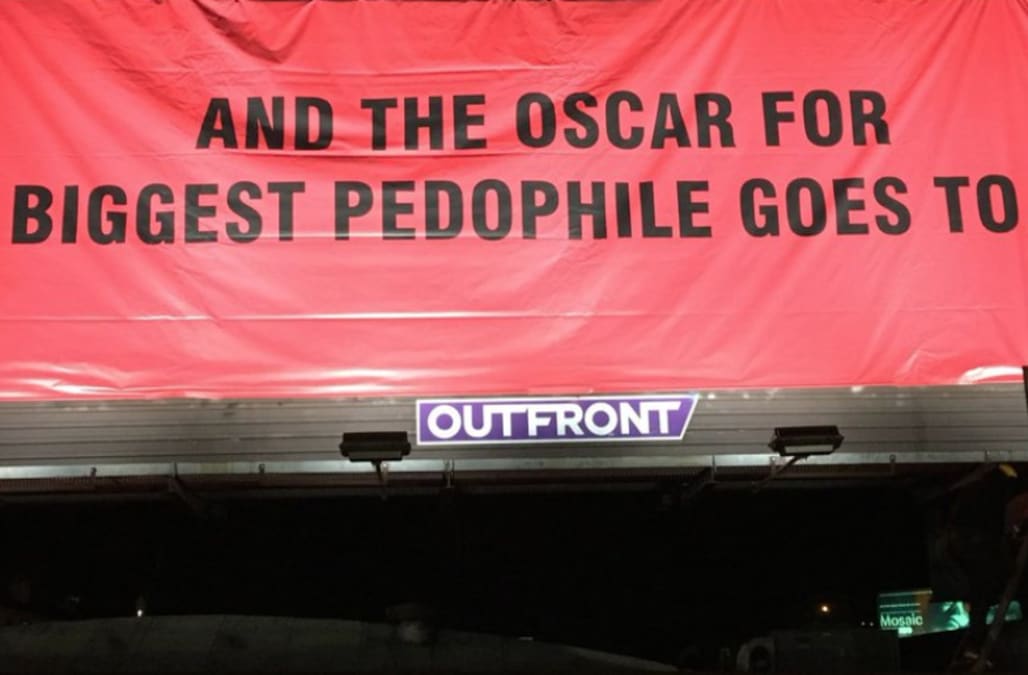 The messages were put up by conservative street artist Sabo, who was in the news two months ago for posting up multiple posters around Hollywood depicting a picture of Meryl Streep with disgraced producer Harvey Weinstein and accusing the actress of not speaking out against Weinstein’s sexual abuse of women in the film industry.

The messages on Sabo’s latest guerrilla work, printed out on large red tarps and draped over billboards in Hollywood, had slogans including “Name names on stage or shut the hell up!”, “We all knew and still no arrests,” and “And the Oscar for biggest pedophile goes to …” 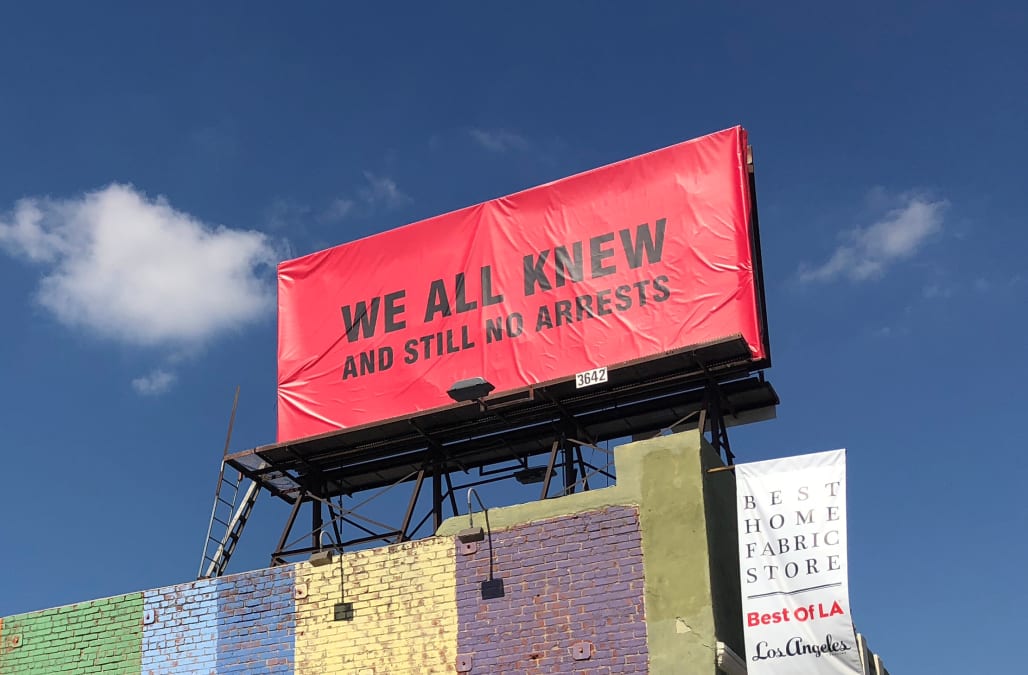 The messages are an allusion to the billboards set up by Mildred Hayes in the actual “Three Billboards” film, containing messages demanding that the town’s police chief find the person responsible for raping and killing her daughter.

Sabo has been ramping up his street art as the Oscars have drawn closer. This past weekend, he put up posters at Redbox kiosks in Los Angeles taunting the Oscars with phrases like “Yeah! We wouldn’t have paid full price to watch any Oscar nominated movies either.”

“I hardly ever go to movies anymore and, if there’s ever a movie I really want to see, I’ll just wait for it to show up in Redbox,” Sabo said in a statement provided to TheWrap. “I’ll admit, the reasons I do this are a bit petty. It’s my own little way to rebel by putting as little money possible into the big liberal Hollywood machine. Out of touch actors who rail against my political beliefs drove me to it.”