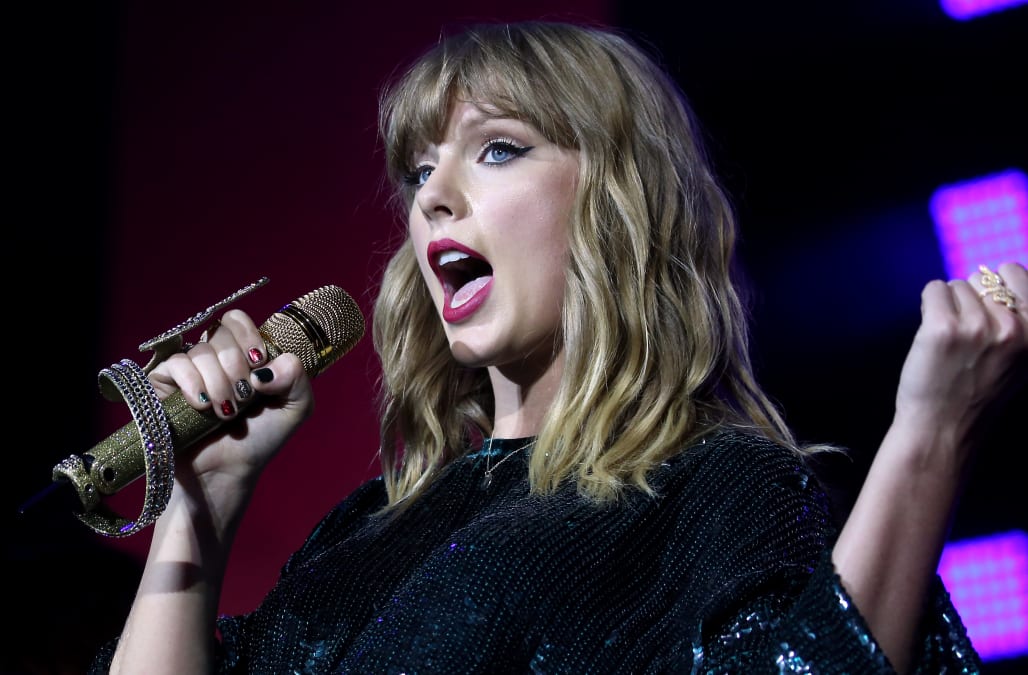 Hitting the big stage! Camila Cabello is taking a major stride in her solo career. The "Never be the Same" singer, 20, may very well be good friend Taylor Swift's opening act on her upcoming Reputation world tour, multiple sources exclusively tell Us Weekly.

"Camila is in final talks to open for bestie Taylor's tour," one insider tells Us, noting that the "Havana" songstress will complete a short solo tour before joining Swift, 28, on the road. "It's 99 percent a done deal."

The "End Game" songstress has helped launch the careers of those who have opened for her over the years. Shawn Mendes, who has been linked to Cabello, performed during Swift's 1989 world tour from 2014 to 2015, as did Vance Joy. Ed Sheeran also turned heads when he opened the "Shake It Off" singer's Red world tour from 2013 to 2014.

Cabello and Swift are longtime friends, and the Fifth Harmony alum has raved about her relationship with the "Call it What You Want" crooner many times in the past. While chatting with TheSun's Dan Wooton in February 2017, Cabello revealed that she turns to Swift for dating advice. "We talk about love a lot," she said at the time. "And if I ever have any questions about love or if there's anything that I'm going through at the time, whether it's with a boy or with a friend, she's a very good person to ask those kind of questions."

Cabello gushed about Swift again later that month during an interview with Seventeen. "The reason we became friends was purely because we think the same way about a lot of things," she explained. "We're both really sensitive and emotional when it comes to love."

E! was first to report the speculation.

More from Us Magazine:
Timothée Chalamet is the heartthrob we need
What was Ed Sheeran doing when he won two Grammys?
Will Beyonce be in attendance at the 2018 Grammys?