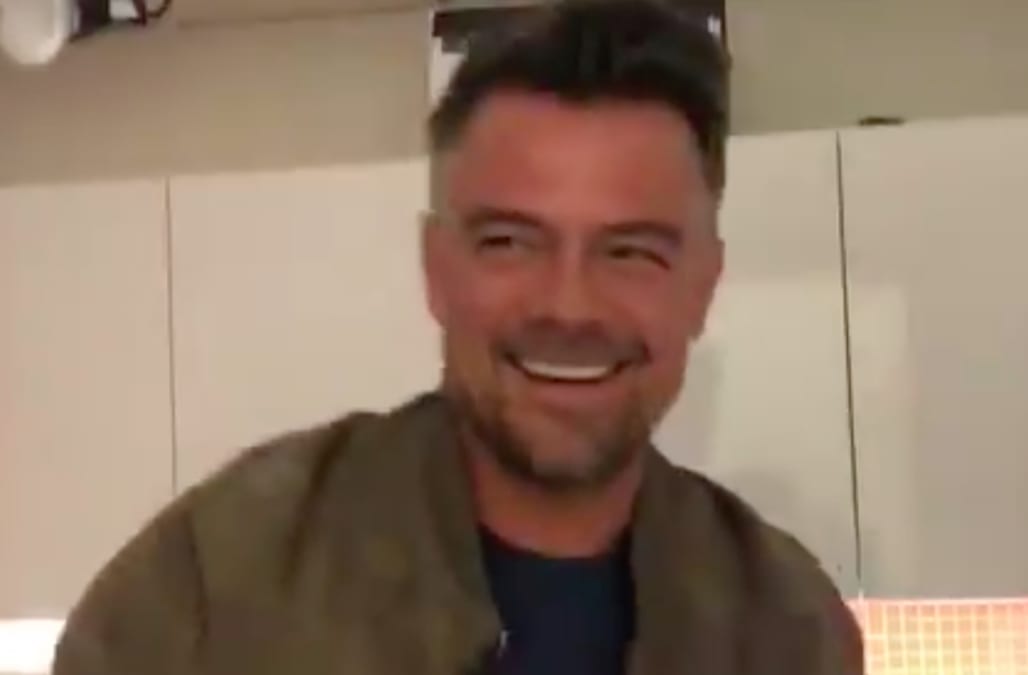 Josh Duhamel is a man of many talents.

The 45-year-old actor appeared on Tuesday's Today show to talk about his new USA show, Unsolved: The Murders of Tupac and the Notorious B.I.G., but backstage he had a different job.

Weatherman Al Roker posted a video to Instagram from the morning show's green room, where Duhamel is seen carrying a mouse in a coffee cup container.

"Josh Duhamel, you caught the green room mouse?" Roker inquires. "We got him!" Duhamel proudly proclaims.

Upon lifting the lid of the coffee cup to show the mouse to Roker, the rodent jumps out onto the floor and Duhamel has to go after it again. Needless to say, there are lots of squeals from the Today show employees.

"Kudos to @joshduhamel for catching the mouse on our @todayshow #greenroom this morning," Roker praised the actor in the video's caption.

This isn't the first time Duhamel's good deeds have been recognized. After Fergie's poorly received national anthem performance at the 67th NBA All-Star Game earlier this month, the 42-year-old singer's ex was spotted delivering flowers to her home.