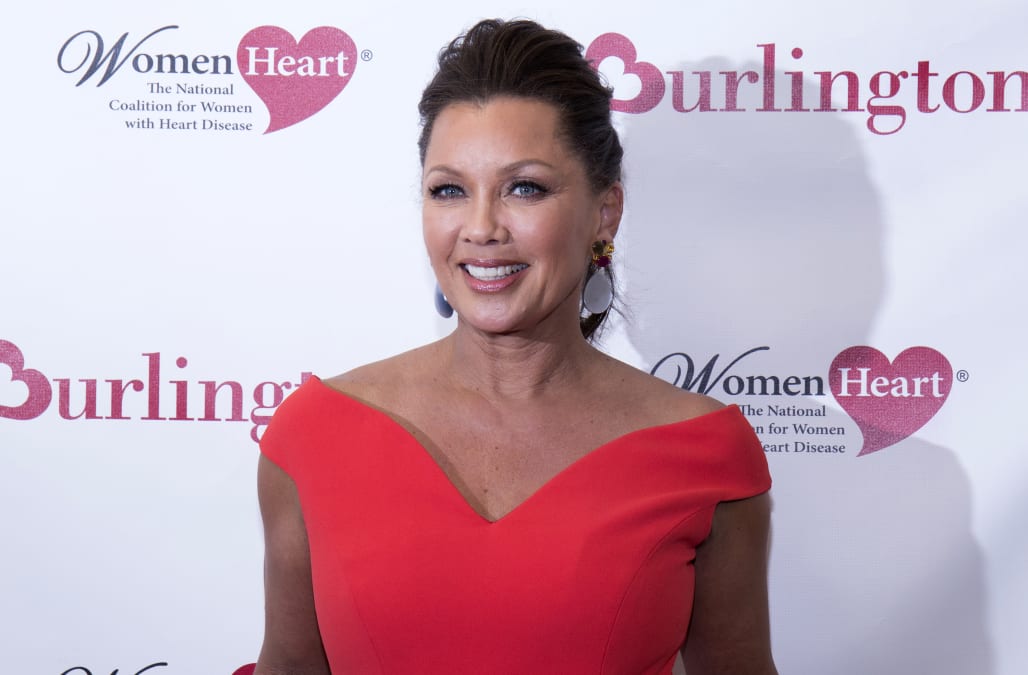 Vanessa Williams' most recent stage role featured lyrics written in the '50s that have an "eerie" relevance in 2018.

Williams appeared in the Encores! production, Hey, Look Me Over!, earlier this month, in which she performed songs originally performed by Lena Horne -- someone who she says she has an "unbreakable connection" with -- music that "still holds up," according to Williams.

"It's interesting that we're talking about the '50s and, more than 60 years later, some of the things I'm talking about in one song, 'Push de Button' from Jamaica, is Manhattan being this big island with everything that is automated," she explained to AOL Entertainment over the phone. "To them, it was push the button out comes orange juice, but there's one lyric that goes, 'All Republicans have buttons!'"

"In the '50s, I'm sure they were talking about a Republican candidate running for office and people wearing a pin or a button, but nowadays, when you hear about a Republican with buttons, it's the president having access to the nuclear button," she added with a laugh. "It's completely different, but still relevant. It's amazing how eerie these things can be."

26 PHOTOS
Vanessa Williams out and about
See Gallery

A Tony nominee, Williams began her stage career back in 1985 and has since appeared in countless productions on and off Broadway. The first black Miss America winner has in many ways paved the way for others in her decades-long career, which also includes multiple Grammy and Emmy nominations. During our interview with Williams, she reflected on the importance of Black History Month and recognizing more recent influential black leaders.

"I’m fascinated by the new information and new discoveries," Williams explained. "When I did that show 'Who Do you Think You Are?,' though, I realized how tremendously deep our roots go in this country. I can trace my ancestors back to the 1700s! Many people of European descent can’t do that."

"We need to realize that we are as essential as anyone else in building this country," she added.

In addition to celebrating Black History Month, Williams is also spreading awareness about Heart Health Month, also in February. The star, alongside her daughter Jillian Hervey (who is one half of the musical group Lion Babe), recently teamed up with WomenHeart and Burlington Stores to encourage women to receive heart health screenings. It's part of the larger effort to "knock out heart disease," which is the leading cause of death in women.

"The common theme is that women have these issues or either no one pays them any attention, thinking, ‘Oh, they’re drama queens’ or ‘Oh, it’s not that bad’, and blow them off, or they themselves think it can’t be that bad in terms of finding out what their symptoms mean," Williams said of the issues facing women. "Everyone’s got their personal story, and you’ve just got to listen to your body and pay attention. If you’ve got a symptom, and they’re telling you it’s nothing, but you know you have a crushing pain on your heart, be your best advocate and get checked."

Though not something she has had to face personally, fighting heart disease is something that has deeply affected Williams' family. Three of her four grandparents died of heart disease before reaching the age of 65, including her paternal grandmother who died at the age of 28 while carrying her sixth child.

"Back in the day, they'd just say you had a weak heart," she explained, before adding that Dr. Oz explained that her grandmother most likely suffered from preeclampsia.

Vanessa Williams is encouraging women to get screened for avoid heart disease by going here.