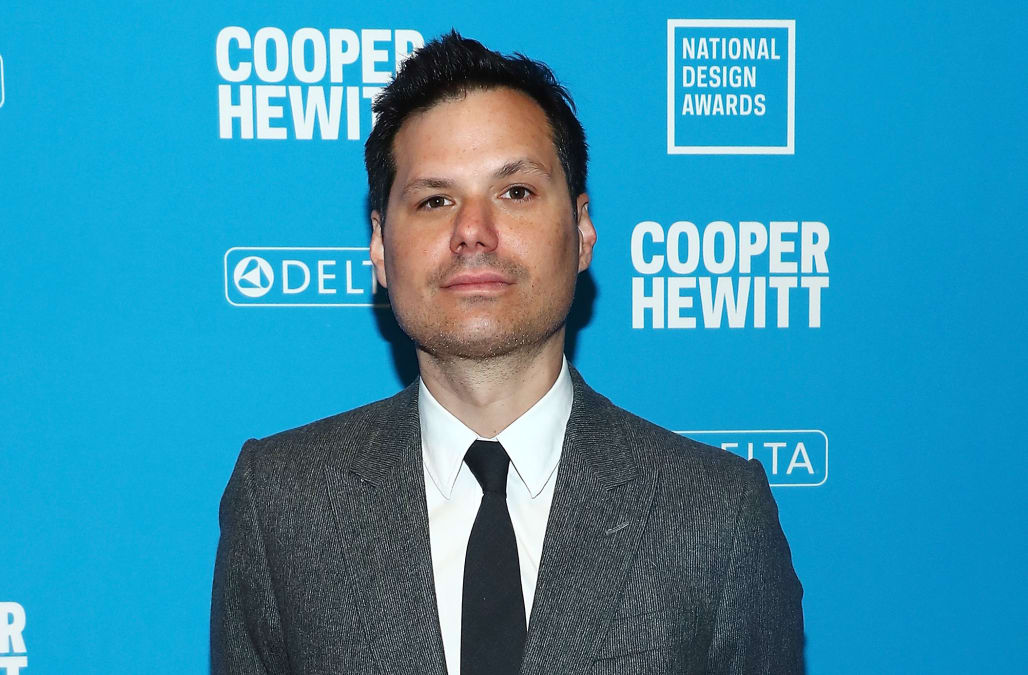 In response to the Florida school shooting that left 17 dead, actor Michael Ian Black took to Twitter to reveal what he believes is a "deeper" problem in our country than access to guns.

The tweets, that have gone viral since he posted them on Wednesday night, contend that "deeper even than the gun problem is this: boys are broken."

"Until we fix men, we need to fix the gun problem," he went on. "The last 50 years redefined womanhood: women were taught they can be anything. No commensurate movement for men who are still generally locked into the same rigid, outdated model of masculinity and it’s killing us."

"If you want to hurt a man, the first thing you do is attack his masculinity," Black continued. "Men don’t have the language to understand masculinity as anything other than some version of a caveman because no language exists."

"The language of masculinity is hopelessly entwined with sexuality, and the language of sexuality in hopelessly entwined with power, agency, and self-worth," the tweets went on. "So men (and boys before that) don’t have language for modes of expression that don’t readily conform to traditional standards. To step outside those norms is to take a risk most of us are afraid to take. As a result, a lot of guys spend their lives terrified."

"We’re terrified of being viewed as something other than men. We know ourselves to be men, but don’t know how to be our whole selves. A lot of us (me included) either shut off or experience deep shame or rage. Or all three. Again: men are terrified," Black's thread added. "Even talking about this topic invites ridicule because it’s so scary for most men (and women). Men are adrift and nobody is talking about it and nobody’s doing anything about it and it’s killing us."

15 PHOTOS
Michael Ian Black out and about
See Gallery

In response to his eight-tweet thread, followers appeared to agree with the "Wet Hot American Summer" actor, thanking him for the insightful messages that he posted.

Other stars like Kim Kardashian, Ellen DeGeneres, Reese Witherspoon and Britney Spears also took to social media to react to the devastating shooting:

Stars react to Florida school shooting
We owe it to our children and our teachers to keep them safe while at school. Prayers won't do this: action will. C… https://t.co/0KGNfJSour
No words, no actions, no laws are enough until we end this epidemic of school shootings in our country. My heart is… https://t.co/tjXGNhDN4e
Just heard the tragic news about Florida. My heart breaks for the students of Marjory Stoneman Douglas High School.… https://t.co/0fHsqfWGky
Heard the word “tragedy” 100 times already about the school shooting - not really, by the classical definition: tra… https://t.co/asfO6NFmkz
Heartbroken over the news of another school shooting. This is the 18th in 45 days of 2018. Students & teachers shou… https://t.co/MLgvZc3eFq
We have to elect candidates that are not funded by the NRA in November. We have an opportunity to elect candidates… https://t.co/e8S52nHVZW
It’s so easy these days to just scroll by a story like this. But this is developing and we should pay attention. Th… https://t.co/RgxgC5ZEuj
Prayers without accordant action are silent lies told to oneself, heard by no God, amounting to nothing. Action is… https://t.co/6nscffCxJ4
No words. Waking up to this awful news from a world away. My heart hurts.
I’m an actor with limited political knowledge. There are things I don’t understand. But I‘ve been trying to imagine… https://t.co/sTg6nvQQJO
Another horrific school shooting in America. Yet more young lives destroyed. Why is nothing EVER done to even TRY t… https://t.co/WsBO4tqAza
And on this day that we should be celebrating love, my beloved Florida is once again assaulted by gun violence. Ye… https://t.co/aRzKiqf34N
It is clear now more than ever that something must be done to stop these violent and horrific acts--my heart goes o… https://t.co/0yxTG6XOfB
As we send our thoughts & prayers to the people of Parkland, Florida how about we, the people & govt of America, ac… https://t.co/rR8HFlnZeg
19th school shooting of a year less than two months long. This one on my home town in my home state. How many kids… https://t.co/wkUHvVqyZE
Oh Florida, Oh America. Rivers of tears and sorrow caused by men that fear a reality they created. Our hearts are s… https://t.co/UImt0k1Da2
#PrayersforFlorida My heart breaks for all those affected by this tragedy. https://t.co/Ij1QjJsx6Q
If you are not willing to re-examine and renegotiate our relationship to guns and violence, you are a culprit and a… https://t.co/kxbvymQ2SW
Broward school shooting--There will be prayers from Blabbermouth Don, Pence the Grinch, and their rightwing cohorts… https://t.co/rfySOFaB6X
America 2018. And a Republican led Congress has done and will do nothing.
Like thousands in South Florida, we sent the boys to school in Broward County this morning... there are no words to… https://t.co/wsVhErOoHb
Sending all my love and prayers to the families affected in Florida. More lives lost due to gun violence.. I don’t… https://t.co/jXFlHksFTV
WHEN WILL IT BE ENOUGH?! GUN CONTROL IS NEEDED NOW. WE ARE ALL FUCKING TIRED &HEARTBROKEN FOR MORE INNOCENT LIVES L… https://t.co/ra6JCu8PKd
My heart and prayers are with the victims and their dearest ones affected by this terrible shooting at Stoneman Dou… https://t.co/pUwSnQo6Fd
Up Next