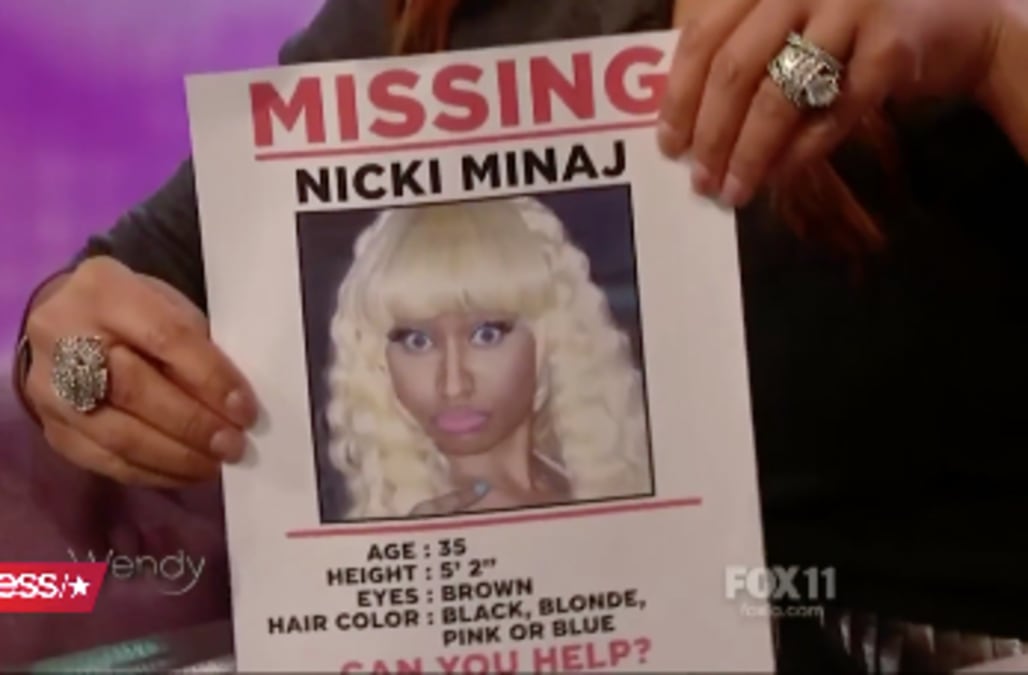 Where is Nicki Minaj?

The legendary rapper has been uncharacteristically silent on social media throughout the start of 2018, and regular fans aren't the only ones who are wondering what's going on with the "Starships" hitmaker.

On Monday's episode of "The Wendy Williams Show," Wendy Williams launched a campaign to try to locate Minaj, who hasn't posted on Instagram or Twitter since December of last year.

"She hasn't been spotted since December, everyone," she said. "People are starting to worry. To help find her, we've done a lot of fanning out here. She really is missing!"

Williams went so far as to create a fake missing persons poster with Minaj's face on it, which garnered laughs from her adoring crowd.

Of course, the most plausible explanation for Minaj's complete social media silence is that she's holed up in a recording studio working on new material. Though she was featured on a handful of tracks throughout 2017, including Jadon Derulo's "Swalla" and Yo Gotti's "Rake It Up," she hasn't released an album since 2014's The Pinkprint.