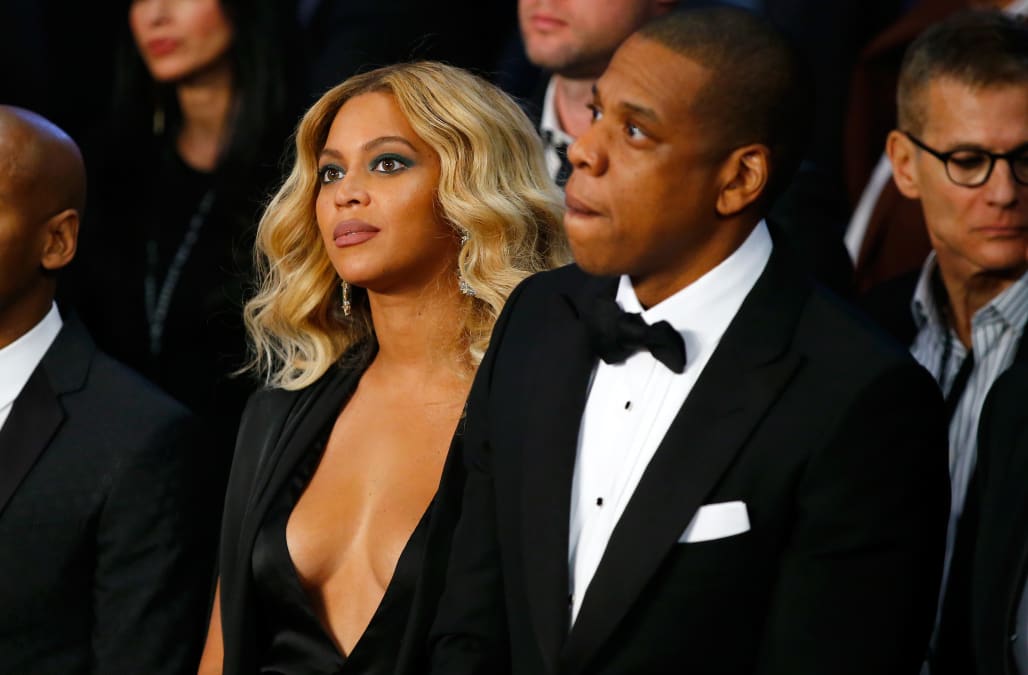 Beyoncé has a message for all the single ladies: Hands off my husband.

In a preview for TV One’s UNCENSORED, Beyoncé pal Tiffany Haddish recalled how the 36-year-old singer shut down an actress who touchedJay-Z’s chest after his concert.

“I was talking to Jay-Z for a little bit,” Haddish revealed. “And there was another actress that was there who was also talking to Jay-Z. [The actress] touched Jay-Z’s chest and Beyoncé came walking up like . . . ‘Biittchh!’ but, she didn’t say that,” the Girls Trip star clarified. “Her demeanor, her body from the way she walked up on them said, ‘Get your hands off my man’s chest.’”

Haddish, 38, added that Beyoncé then stuck around. “She started talking to the other actress and some other stuff happened,” the comedian revealed. “But I’m not gonna say nothin’ yet.”

The alleged incident appears to have happened the same night the 20-time Grammy winner discouraged Haddish from getting into a fight, seemingly with the unnamed actress.

“I’m not at liberty to say what had went down at the party, but Beyoncé was just telling me to have a good time, and I was like, ‘No, I’m gonna end up fighting this bitch!’” Kaddish told Vulture last month. “She was like, ‘No, have fun, Tiffany,’ and I said, ‘I’m only going to have fun if you take a selfie with me.’”

Haddish shared the picture to Instagram on December 22 with the caption, “@beyonce was telling me that my wig was slipping . . . But for real she told me to have fun and I DID!”