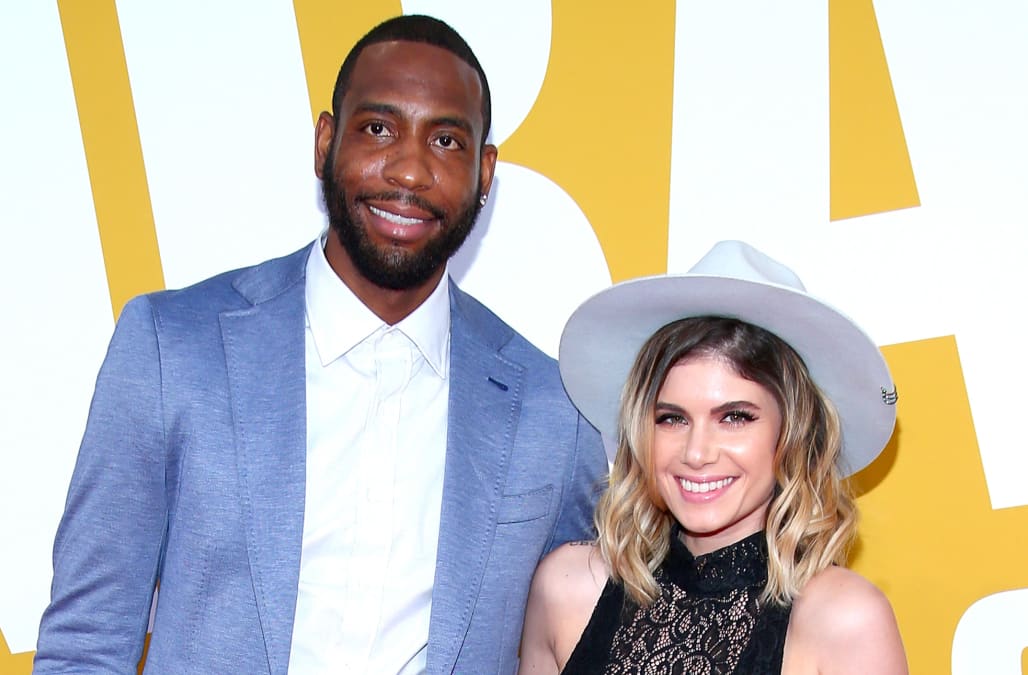 Celebrities and fans alike took to Twitter on Wednesday (Jan. 31) to mourn the loss of R&B singer and American Idol alum Leah LaBelle and her husband, ex-NBA star Rasual Butler. The couple were killed early Wednesday in a single-car accident in Studio City, California.

LaBelle appeared on season 3 of Idol, alongside Jennifer Hudson and Fantasia, back in 2004 and was later signed to Epic Records, in a joint deal between Jermaine Dupri's So So Def Records and Pharrell's I Am Other label. Butler played on several NBA teams during his 13-year career, including the Los Angeles Clippers, the San Antonio Spurs and the Chicago Bulls.

LaBelle charted two songs on Billboard's charts: "Sexify," which reached No. 89 on Hot R&B/Hip-Hop Songs and No. 23 on the Adult R&B Songs airplay charts in 2012, and "Lolita," which peaked at No. 7 on Dance Club Songs.

See some of the reactions below, including from LaBelle's former label head Pharrell, onetime tourmate JoJo and fellow Idol season 3 contestant (and eventual winner) Fantasia.

Stars mourn Leah LaBelle
.@leahlabelle was beautiful & had the voice of an ANGEL. She was my wild card pick on @AmericanIdol. I’m heartbroke… https://t.co/HlFR2v2pS6
Four Angels in a week. My heart is just so heavy & broken. I'm in shock, numb and feel everything all at the same time. Leah & Rasual (one of my closest friends and her amazing other half who also was a great friend), Bryanna (my step sister) and Q (my little cousin), you were such bright lights in this crazy world. You made everyone better just by knowing them. And your smiles made anyone's day better. The world is less sparkly without you in it. Rest In Peace and Power. I love you forever. Find Miles and hug him for me. ♥️ Tomorrow is not promised to any of us. Don't ever skip a chance to tell someone you appreciate them or how much you love them. Please, please continue to cover their families and our family with thoughts and prayers. #unicornsdontdie #sicklecellsux
Rest In Peace Angel Leah Labelle. You were truly a sweet soul. This is truly sad and unreal. Condolences to Leah’s Family and The Butler Family ❤️
@leahlabelle , your spirit was just as your voice; beautiful. Moments like these leave us with so many questions. What I don’t question is how much you loved God, how much you love your life partner and where you guys are now. Sing Sis, sing. 🙏🏾🙏🏾🙏🏾
Leah. beautiful sister from another mister. You will NEVER EVER be forgotten. Your voice. Your spirit. Your light.… https://t.co/PmlEZME3uM
This just doesn’t seem right even saying right now but Rest In Peace Baby Girl 😢💔 @leahlabelle I will never forget you. Idol Family Forever
@leahlabelle RIP Angel 😇 I’m sitting here STUCK LIKE NOOOOOOO WAYYYYYYY!!! May the both of you Rest In Peace
Loved me some her @leahlabelle #heartbroken 💔 https://t.co/9764oEIcrd
I love you @leahlabelle. I’m still in disbelief and my heart is completely broken. You and @rasualbutler8 lived your life radiating love . I am so blessed that I got to experience that love in my life. My condolences to both of the families. The world just got a little dimmer today and we will miss your light. RIP Leah and Sual 😪💔
RIP RASUAL AND LEAH OMGGGG THIS IS SO SADD!!!!!!! 😢😢😢😢😢😢
rest peacefully sweetest one. #LeahLaBelle https://t.co/6dX2Zu1OCW
Rest In Peace my brother 🙏🏾#RasualButler
Come on man. Damn. The world just lost a great dude. RIP Rasual “Bop” Butler! https://t.co/tufRq2H3AI
Our hearts go out to the family, friends and many fans of our former Idol Leah LaBelle and her husband Rasual Butle… https://t.co/VYqpPVyE4K
I'm Terribly sorry to hear about the death of Rasual Butler and his wife. Thoughts & Prayers go out 2 his family an… https://t.co/d4yE8vP2dg
Rip Bro bro 🙏🏾🙏🏾🙏🏾🙏🏾 https://t.co/92Oy2qPUaf
Show the people you care about most the love they deserve. Life is short. My deepest condolences to @RasualButler45… https://t.co/8YLREJi9hI
Very sad to hear about my guy Rasual and his wife Leah. Great people. Such a lost. Please pray for the family. https://t.co/AOLhJaxF7o
We send our thoughts and deepest condolences to the family and friends of Rasual Butler and his wife, Leah.… https://t.co/hjIQWkrB4j
Up Next

More from Billboard:
The infamous Left Shark from Katy Perry's Super Bowl performance is finally unmasked in new interview
Everything Justin Timberlake has said about the 2004 Super Bowl controversy
A Prince Harry & Meghan Markle TV movie is in the works