Adele dresses up as her 'hero' Dolly Parton 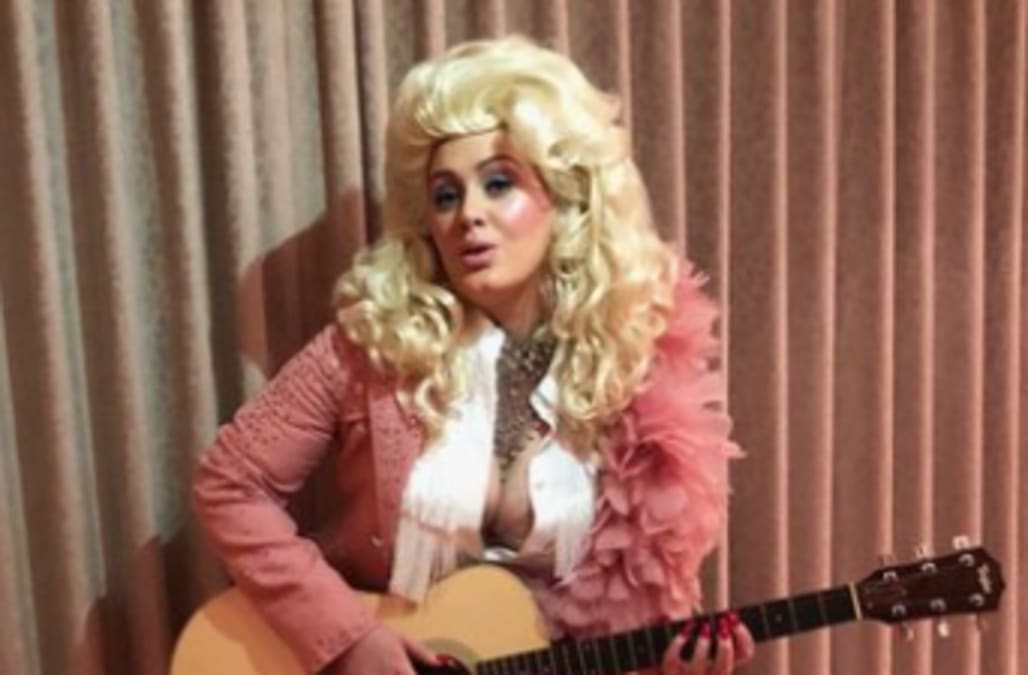 The 29-year-old singer paid tribute to her idol, Dolly Parton, by dressing up as the music icon. Adele tweeted a photo of her costume, which included an all-pink, cleavage-baring pants suit, a matching boa, and a big blonde wig. She accessorized the look with a large statement necklace, blue eye shadow and, of course, a guitar.

In addition to her style tribute, Adele shared a sweet message in honor of the 72-year-old singer. "The effortless queen of song, Dolly Parton! We love you!" she wrote. "We wish we could possess an ounce of your ability. You were the hero of our night! A hero of my life."

Quoting one of Dolly's most famous songs, she added, "I'll always love you."

The effortless queen of song, Dolly Parton! We love you! We wish We could possess an ounce of your ability. You were the hero of our night! A hero of my life. I'll always love you x pic.twitter.com/4B7GsNffOf

The feelings are mutual! In her 2016 song, "Head Over High Heels," Dolly sings about "painting my eyes like Adele."

In an interview with BBC News in August 2016, the eight-time GRAMMY winner gushed over the British pop star's look.

"Everyone loves Adele. With all my little nieces, it's all 'Adele this' and 'Adele that!' And I love how she does her makeup, and so I'm always saying to my little nieces, 'Can you fix my eyes like Adele?'" she said. "When I started that ['Head Over High Heels'] song, I had not planned to write that line. I was just thinking, 'This needs to be about a girl dressing up sexy, so she's got to have some makeup, and she's got to paint her eyes.' And all of a sudden it's like, 'And my eyes like Adele!'"

Dolly isn't the only artist Adele has fangirled over. At last year's GRAMMYs, the "Hello" singer could not help but praise Beyonce and her album, Lemonade, while accepting her own award for Album of the Year.