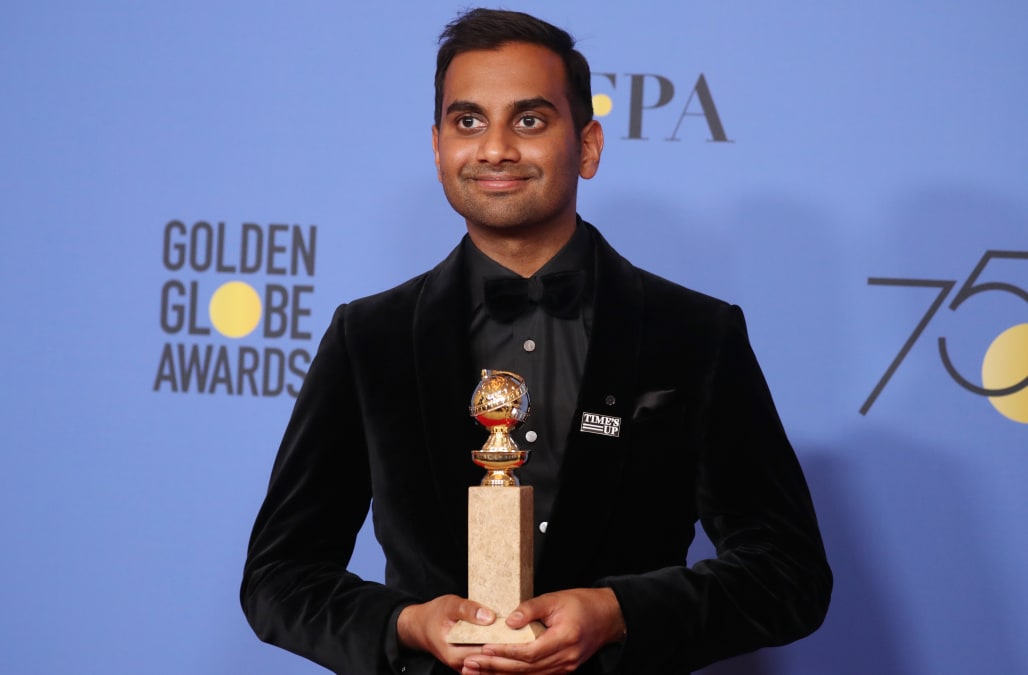 Actor and comedian Aziz Ansari is the latest celebrity to be accused of sexual assault. His accuser is an anonymous, 23-year-old photographer and she says that he assaulted her after they went on a date.

She told her story to Babe and recounted how she met the Master of None actor at a party before decided to go on a date with him. The evening didn’t go the way she thought it would, in fact, she says it was the worse experience she has ever had with a man.

According to the woman, she went on a date with him last year and at the end, they went to his Tribeca apartment. She says that as soon as they got there he began kissing, fondling and undressing her before saying he was going to go and get a condom to use.

See Also: Katie Couric reveals why she took so long to respond to Matt Lauer 'a-- pinching' joke (Exclusive)

She went on to say that she asked Aziz Ansari to slow down but he didn’t, instead he began performing oral sex on her. Then he began sticking his fingers in her throat, she gave him both “verbal and non-verbal cues” show let him know her discomfort.

I talked to a girl who says she went on a date with @azizansari in an exclusive for @babedotnet. She told me, "It was by far the worst experience with a man I’ve ever had." I believe her. #TimesUp#MeToo#AzizAnsarihttps://t.co/p7q0fjSsh0

She is not sure if he got the message right away but when it did eventually register with him he said, “Of course, it’s only fun if we’re both having fun.”

Only he continued to push himself on her and she eventually left in tears.

She claims that she decided to come forward when she saw Aziz Ansari wearing a Times Up pin at the Golden Globes.

Twitter has gotten some interesting responses to the story with many debating what happened and whether it is sexual assault.

Melinda Taub tweeted, “I feel like this will get lost in the convo about if Aziz Ansari Did Sexual Assault – but that feeling when you shut down and stop responding, and the guy just keeps going and you realize that he doesn’t care if you’re in your body or not? It’s awful too.”

Christine Sommers, on the other hand, has a different take on the whole story, “This baseless attack on Aziz Ansari trivializes the #Metoo movement. #WitchHunt.”

Let us know what you think in the comments below.

I feel like this will get lost in the convo about if Aziz Ansari Did Sexual Assault - but that feeling when you you shut down and stop responding, and the guy just keeps going and you realize that he doesn't care if you're in your body or not? It's awful too.

Been reading the stuff about Aziz Ansari and here’s something that keeps coming back to me: how very VERY fucked up the lessons men get about sex are.

To those who think the Aziz Ansari account was just a bad date...that is equal parts heartbreaking and horrifying. What do women have to say, scream, go through to have you change your understanding of what’s acceptable?

Reading the article about Aziz Ansari initially made me roll my eyes, because I'm like, "Girl...we've all been there, why didn't you just leave?" But then I had to check myself because I've been there, and didn't always leave.