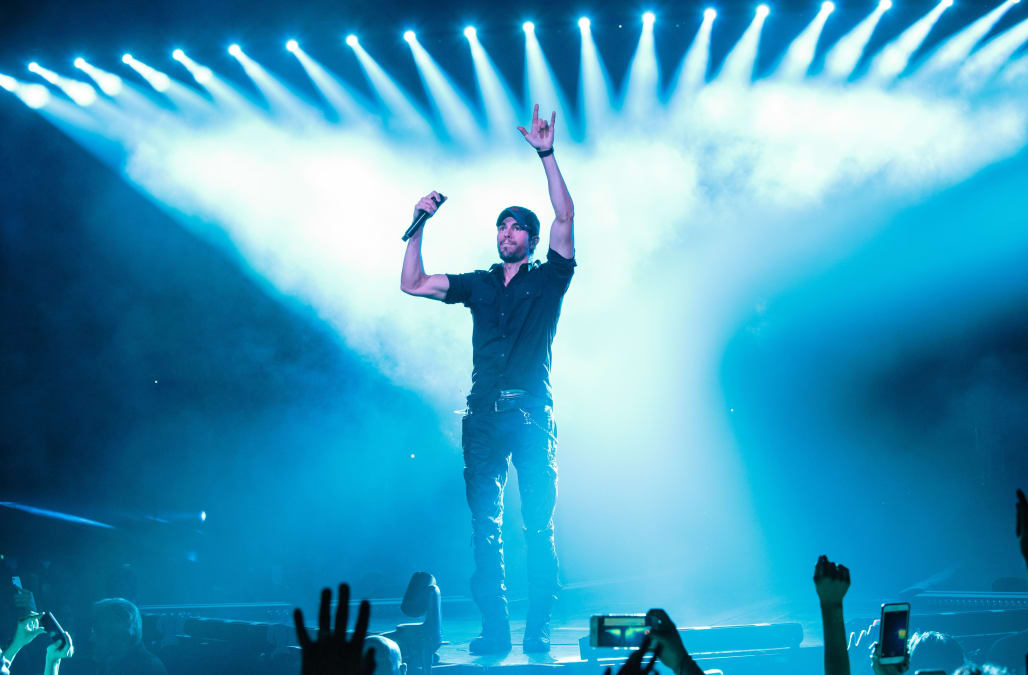 If there is anyone that knows how to put on a show, it's Enrique Iglesias and Pitbull. We recently caught up with Enrique Iglesias while on tour and gave us a behind-the-scenes look at what goes on while he's hitting the road.

AOL: We are always so amazed at the energy you bring to your shows, how do you stay on top of your game?

Enrique Iglesias: When on the road, I just try to and rest as much as possible so I have ample energy for each show. And every performance I give it my best effort to give the fans what they came for. I don’t keep a “diet,” however I do have a short workout routine that I can do in my hotel room.

AOL: How is it like being on tour with Pitbull?

EI: It’s truly great to be on tour with a close friend. We joke around a lot of course, but it all comes down to putting on a good show.

AOL: How is this tour different from your previous ones?

EI: This tour, as opposed to the last one, has a much bigger production value. And of course our sets have changed up. It’s a whole new show.

AOL: What is your favorite part of being on the road? What do you look forward to the most?

EI: Performing live and writing songs are my [two] favorite things in life. So, of course, my favorite part of being on the road are the shows.

AOL: Anything that you must have in your dressing room while on tour?

EI: I always have twizzlers and rum in my dressing room.

AOL: You've had one of the most successful and longest careers in music, how has your music, in your opinion, changed throughout the years?

EI: It’s changed in so many ways, however, I think it’s also stayed the same. It all comes down to the song. The formats have changed, and a lot more digital components have been added, but when you bring down to the core, it’s still all about the song, as [it has been] in the past.

This interview has been edited and condensed for clarity.