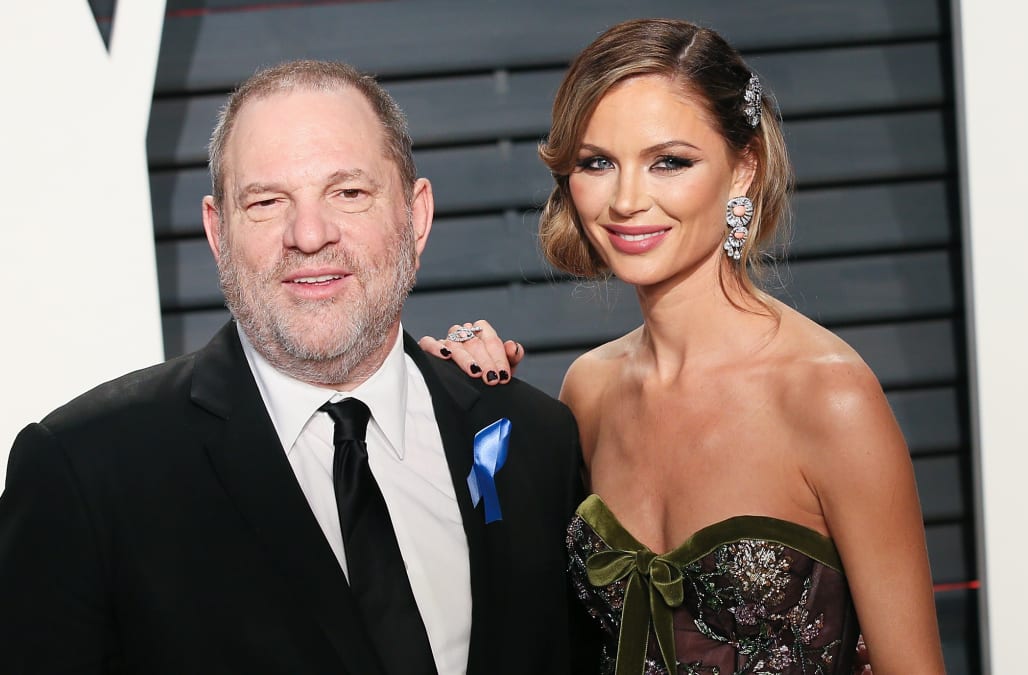 Georgina Chapman could get just a fraction of Harvey Weinstein's estimated $250 million fortune if she officially divorces the disgraced film producer.

According to documents obtained by TMZ on Tuesday, the Marchesa designer could get upwards of $11.75 million from Weinstein if she files for divorce in the next year. Chapman said in a statement back in October that she was leaving her husband of (at that point) almost 10 years.

Sources told ET on Monday that "divorce is still the plan" for the fashion designer, though no documents have been filed.

"Divorce is still the plan and she has her team of lawyers in place," the source said. "She is doing all right now and will be OK. She has a great support system around her and is moving on."

See photos of Georgina Chapman and Harvey Weinstein together:

The prenup reportedly indicated that the 41-year-old was to receive $300,000 annually in spousal support for the first nine years of their marriage. Once they hit the 10-year mark, which happens to have happened last Friday, that number jumped to $400,000.

In addition to spousal support, Chapman was to receive $250,000 annually for their first five years of marriage in marital assets, and $700,000 annually per every year thereafter. She also supposedly gets $25,000 a month in a housing allowance, which caps out at $3 million after 120 months together.

As the outlet notes, Chapman's personal fortune is estimated to be around $20 million.

In the prenup, it's also noted that neither party can publish memoirs or diaries or photographs, and the same goes for personal interviews or television/film deals about their personal lives.

One potential temptation for Chapman to hold off on officially divorcing Weinstein? The prenup allegedly adds that if they're still together one year from now, she could get $1 million per year in assets, up from $700,000.

At the moment, Chapman is reportedly busy planning for her return to New York Fashion Week in February, with the Marchesa show scheduled for the last day of NYFW on Feb. 14. Weinstein is thought to still be in Arizona, potentially still receiving alleged treatment for his sex addiction.

Other major celebrity splits from 2017:

Celebrity Breakups and Divorces of 2017
After eight years together, Jane Fonda and Richard Perry decided to call it quits in early 2017.
In one of the saddest celebrity breakups of the year, Anna Faris and Chris Pratt shared with fans in August that they had separated. They have both since filed for divorce.
Amy Schumer gushed about boyfriend Ben Hanisch for months, but a year and a half after getting together, they decided to go their separate ways in spring.
Josh Duhamel and Fergie announced their impending divorce this fall, noting that they'd really been split up for months.
It was confirmed that Selena Gomez and The Weeknd ended their romance once photos hit the internet of Selena reconnecting with ex Justin Bieber.
"Long Island Medium" Theresa Caputo and husband Larry are done, it was revealed in early December.
About a year after the infamous "Access Hollywood" tape leaked in 2016, Billy Bush and wife Sydney announced they were over.
Fans saw this one coming: Tom D'Agostino Jr. and Luann de Lesseps wed in December 2016, and the marriage was over six months later.
Jennifer Lawrence and director Darren Aronofsky split not long after the premiere of 'mother!,' which he directed and she starred in.
"Bachelor" couple Ben Higgins and Lauren Bushnell are back to the single life, calling off their engagement in May.
Wissam al Mana and Janet Jackson wed in 2013, but by mid-2017 they had split. The breakup came amid news that Jackson had delivered her first child.
Tyga and Kylie Jenner have broken up and reconvened several times, but they ended things for good this year. Kylie is now with Travis Scott, who is supposedly the father of her unborn baby.
Olivia Munn and NFL player Aaron Rodgers ended their glamorous romance this year.
This one was messy: Blac Chyna and Rob Kardashian were together on-and-off through the year, but things really exploded with Rob, in a fit of rage, posted a series of Chyna's nude photos and damning messages on Instagram. The drama continues...
They spent more than a decade together, but Rachel Bilson and Hayden Christensen finally separated this year.
Up Next