The top stars of 2017, according to IMDb: Only one American made it on the list! 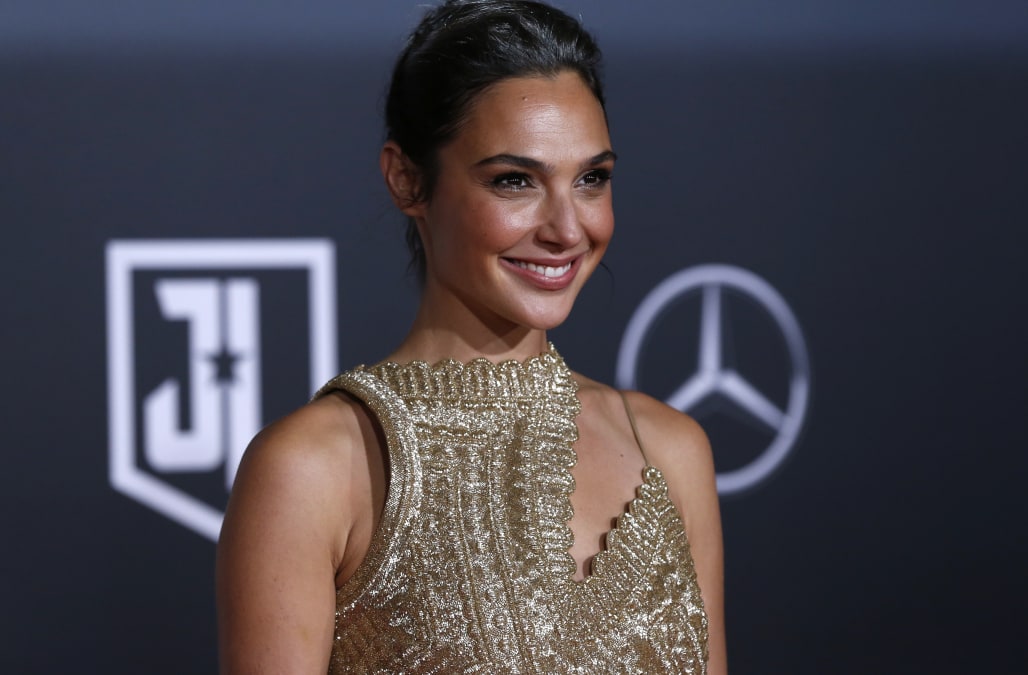 Listen up, aspiring stars: You don't have to be from Hollywood to make it in the business. In fact, you may be better off if you're not American at all!

IMDb released its annual list of the year's most popular stars, which accounts for the 10 celebrities who consistently ranked highest on the site's STARmeter. And out of the top 10 this year, just one hails from the US of A.

Women dominated the list, with seven out of the ten slots going to female actresses. It's no surprise that Israeli-born "Wonder Woman" star Gal Gadot snagged the top spot -- and other slots were filled by actors from around the globe, from Cuba to Britain to Algeria.

IMDB's Top Stars of 2017
1. GAL GADOT -- 2017 was Gal's year! The world fell in love with the Israeli beauty (who's just as intelligent as she is endearing!) as she traveled the globe to promote "Wonder Woman," which became the highest-grossing superhero films of all time.
#2. TOM HARDY -- With starring roles in box office smashes "Dunkirk" and "Star Wars: The Last Jedi," it's no wonder the Englishman ranks so high on the list.
#3. EMILIA CLARKE -- The English "Game of Thrones" star had a huge year, but 2018 will likely be even bigger as she stars in the upcoming "Solo: A Star Wars Story."
#4. ALEXANDRA DADDARIO -- Her "Baywatch" role boosted her star power -- and those mesmerizing eyes didn't hurt, either!
#5. BILL SKARSGARD -- When you transform into the world's creepiest clown ("IT"), you're inviting a whole lot of people to search you on IMDb and confirm you're not really that scary in real life. The Swedish actor is brother to Alexander, who also had a massive year with "Big Little Lies."
#6. POM KLEMENTIEFF -- The French actress found her American breakout role in "Guardians of the Galaxy" and also stars in next year's "Avengers: Infinity War."
#7. ANA DE ARMAS --  It's not easy to dominate Ryan Gosling in a scene, but Ana managed to impressively hold her own in "Blade Runner 2049," in which the Cuban actress played a compelling love interest -- with a bizarre, futuristic twist.
#8. DAN STEVENS -- That scary Beast in "Beauty in the Beast" was London-born Dan Stevens, who also somehow starred in four other movies in 2017. With all that screen time, we can see why he shot up on the IMDb rankings!
#9. SOFIA BOUTELLA -- The lovely Algerian-French actress co-starred alongside Tom Cruise in "The Mummy," and she also shared the screen with Charlize Theron in "Atomic Blonde."
#10. KATHERINE LANGFORD -- The Australian redhead snagged the starring role in Netflix's breakout hit "13 Reasons Why," where she managed to fascinate viewers despite being, well, dead. (In the show.)
Up Next

Notably absent from the list are a few actors we would've expected to see! Timothée Chalamet (who is in fact American, despite the French name) starred in two Oscar-buzzy movies this year, so we're sure his STARmeter is on the rise -- but not quite enough to hit the top 10.

Also absent is "Lady Bird" star Saoirse Ronan, the Irish actress who's a current favorite for a Best Actress nomination. She's female and foreign, so where is she?! Perhaps she didn't quite feel the IMDb boost because she also had a big year two years ago with "Brooklyn," which landed her that same nomination.

Check out all our favorite movies of 2017 in the slideshow below:

Sweet, funny and a modern twist on the classic rom-com, "The Big Sick" is just about universally likable. While lighthearted, it carries a meaningful message that will ring true for parents and their adult children.

Emotionally prepare yourself before watching "The Florida Project," a top Oscar contender for the year. Poignant and aesthetically lovely, the sunny Orlando setting mirrors the cheerful energy of its young protagonist -- while contrasting the darkness of the adult world she lives in. Fingers crossed for an Oscar nom for little Brooklynn Prince, who at just 7 years old delivered one of the best performances of the year.
James and Dave Franco co-star in "The Disaster Artist," an unexpected film that leaves entire theater audiences in stitches. Whether or not you're familiar with cult classic "The Room," the bizarre real-life movie within this one, you'll be fascinated, bamboozled and quite entertained by James Franco's take on oddity filmmaker Tommy Wiseau.
"Spider-Man: Homecoming" may not go down as Marvel's most memorable movie -- but to be fair, there are a lot of them. It's fun and appropriately goofy while still packing a punch (literally and figuratively), and Tom Holland is (in our opinion) the best Spider-Man to date.

A tragic romance unlike any other painted on-screen, "Call Me By Your Name" explores the building sexual tension between two young men in 1981. In falling for the older, handsome Oliver, 17-year-old Elio finds himself longing to not only be with him but also be like him, attempting to transform his self-loathing into self-reflection.

As one of the biggest box-office hits of the year, Gal Gadot smashed superhero records with "Wonder Woman." It's a must-see for anyone who loves action, adventure and the kind of woman we all dream of calling a best friend or life partner.
Harrison Ford and Ryan Gosling make an unflappable duo in "Blade Runner 2049." Note: It'll make more sense -- and carry much more weight -- for anyone who's seen the original 1982 film.
It's not out yet in theaters, but movie critics are already giving the thumbs-up to "Star Wars: The Last Jedi." After teasing us with just a glimpse of Mark Hamill's Luke Skywalker at the end of "The Force Awakens," the eighth installment features Luke more heavily, much to fans' satisfaction.
Who doesn't love Reese Witherspoon? "Home Again" is one of her sweetest films to date, the perfect flick for a girls' night in (or to force your husband to watch with you). Her three young male co-stars aren't bad to look at, either.
Sequels often fall flat, but "Guardians of the Galaxy 2" managed to best its predecessor -- and not just because Baby Groot is so cute. Chris Pratt's undying charisma carries the film in one of Marvel's weirdest but most fun flicks to date.
Just about everyone who's seen "Lady Bird" wants Saoirse Ronan to snag a Best Actress nomination. It's similar to "Juno "(2007) but perhaps more true-to-life and edgy, with a compelling mother-daughter story that will leave you reflecting on your own teenage years.
Up Next