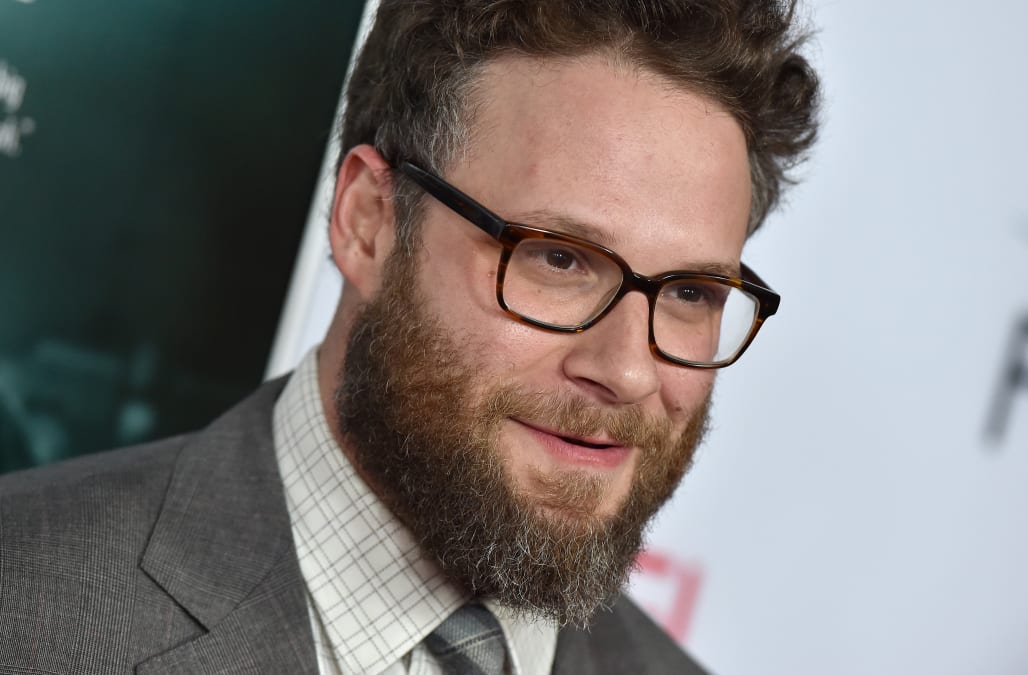 EXCLUSIVE: Seth Rogen is attached to play iconic CBS newsman Walter Cronkite in Newsflash, a Ben Jacoby-scripted drama that Stronger director David Gordon Green will direct next year. The film takes place on November 22, 1963, the day President John F Kennedy was assassinated in Texas. It was that day that television network news came of age, and Cronkite became the most trusted TV newsman voice of America, even if he wasn’t first to announce the president had died (NBC did that).

The drama is fast mobilizing and was put together by Stampede Ventures, a new company formed by former Warner Bros WW Production chief Greg Silverman. A financing deal is imminent with a distribution to come soon after. Silverman will produce with Adam Kolbrenner. Jacoby wrote a much admired script called The Ravine, a Chinatown-like look at how landowners were pushed out of Chavez Ravine to make room for the Dodgers baseball team that was moving out of Brooklyn.

Here, Jacoby scripted a drama that revolves around Cronkite, his producer Don Hewitt, their boss Jim Aubrey, and Dan Rather, a young news man who happened to be in Texas and who first distinguished himself as a dogged reporter as he and other journalists frantically dug for truth after reports went over the wire that gunfire rang out in vicinity of the president’s motorcade. The filmmakers are drawing a strong cast — I’ve heard they are courting Mark Ruffalo for Hewitt, and Bryan Cranston for Aubrey — but right now Rogen and Green are the only ones committed.

Aubrey plays the role of antagonist here. Under pressure from William Paley to show profit, Aubrey felt CBS Evening News wasn’t performing, and wasn’t saucy enough. He threatened to remove Cronkite, and possibly scrap the whole evening newscast for programming with greater audience appeal. Faced with a lack of news gathering resources from local news affiliates, and even having to scramble to break into soap opera programming from the newsroom because when the on set lights and cameras took forever to warm up, Hewitt, Cronkite and their team proved their mettle. Their task: to filter all the unverified information and swirling rumors and find the truth that was conveyed to heartbroken Americans glued to their TV sets. Their efforts play out in real time, in a way that makes Newsflash a close cousin to the Steven Spielberg-directed The Post in chronicling a seminal moment in journalism.

This is a major step into dramatic fare for Rogen, a fixture in comedies who distinguished himself in the supporting role of Steve Wozniak in Jobs. It is a jump that has been made successfully by comic actors including Steve Carell and Rogen’s oft collaborator Jonah Hill. When Silverman gave the script to Green (they worked together on Warner Bros’ Our Brand Is Crisis), the filmmaker quickly suggested Rogen, whom he had directed in Pineapple Express. Green is currently shooting Halloween, and the plan is to shoot next spring, with an eye toward having the film ready for November 22, the 55th anniversary of JFK’s shooting death.

Jacoby is repped by Verve and Madhouse; Green by CAA and Rogen by UTA. The film is being co-repped by CAA and UTA.